More than two dozen people linked to the White House have been diagnosed with COVID-19 since the Sept. 26 White House Rose Garden event where Trump announced his Supreme Court nominee, Amy Coney Barrett, though the source of the outbreak remains unclear.

In an interview with the Associated Press, Fauci said,  “I was not surprised to see a super-spreader event given the circumstances."

“Crowded, congregate setting, not wearing masks. It is not surprising to see an outbreak," Fauci said.

Since contracting the virus, Trump has steered clear of the public eye except for videos posted to social media. 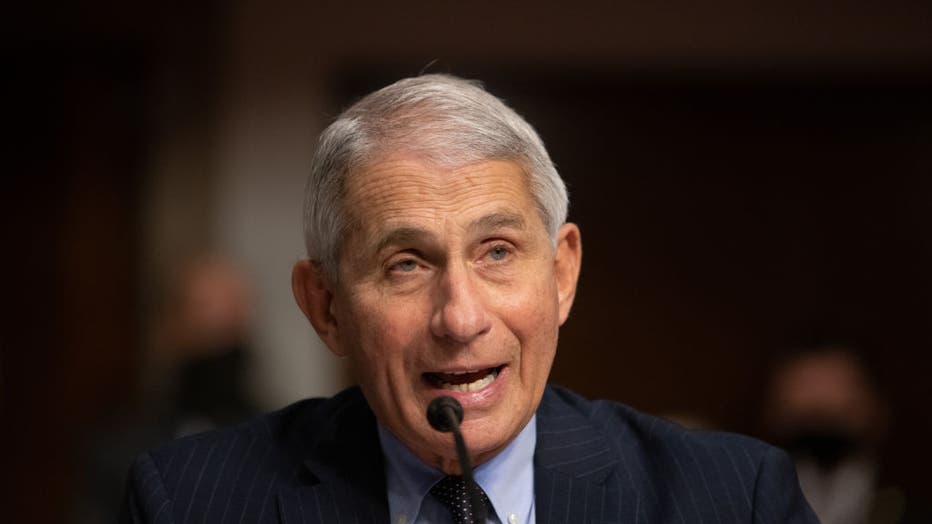 FILE - Anthony Fauci, director of National Institute of Allergy and Infectious Diseases at NIH, testifies at a Senate Health, Education, and Labor and Pensions Committee on Capitol Hill, on September 23, 2020 in Washington, DC.

Trump returned to the White House days ago from Walter Reed National Military Medical Center in Bethesda, Maryland, where he received an experimental treatment for the illness.

Despite concern and warnings from medical experts, including Fauci, Trump announced Friday that he plans to return to the campaign trail a week after he became ill with the virus that has killed more than 210,000 Americans.

Trump said he will hold an event at the White House on Saturday, and what he called a “BIG RALLY” in Sanford, Florida on Monday.

While reports of reinfection in COVID-19 victims are rare, the U.S. Centers for Disease Control and Prevention recommends that even people who recover from the disease continue to wear masks, stay socially distanced and follow other precautions.