MILWAUKEE -- FOX6 News is debuting a new effort called "Reality Check" with our political reporter Theo Keith. Our mission is to fact check claims made by government officials and candidates. Throughout 2016 and beyond, we will be looking at attack ads, robo calls, debates and more. 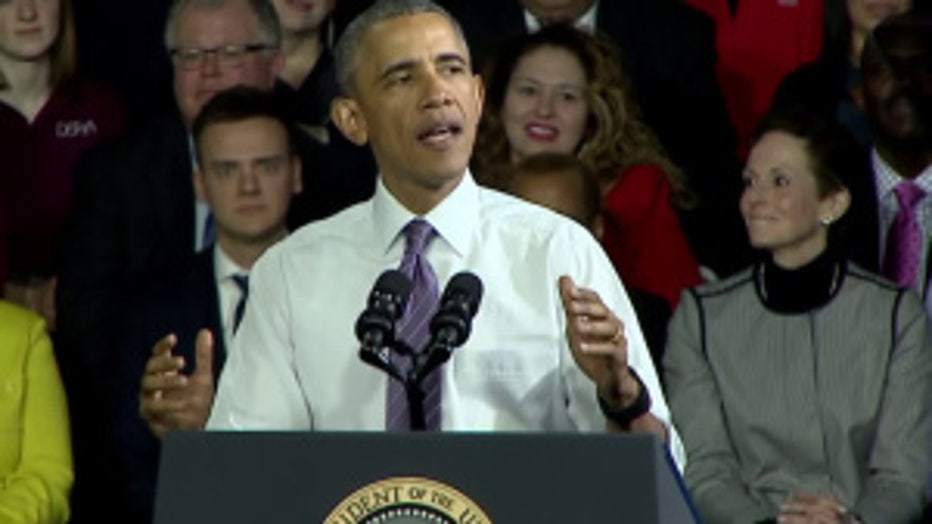 With the state suing over the Affordable Care Act, and with Milwaukee embracing it, having won the "Healthy Communities Challenge," netting a visit from President Barack Obama, it was time to put the president's speech through our first "Reality Check."

President Obama visited Milwaukee on Thursday, March 3rd -- congratulating the city for signing up thousands of people under the health care law he pushed for.

"All told, counting new folks and people renewing their coverage, you got nearly 90,000 people to sign up," President Obama said.

The claim needs clarification, according to Reality Check. 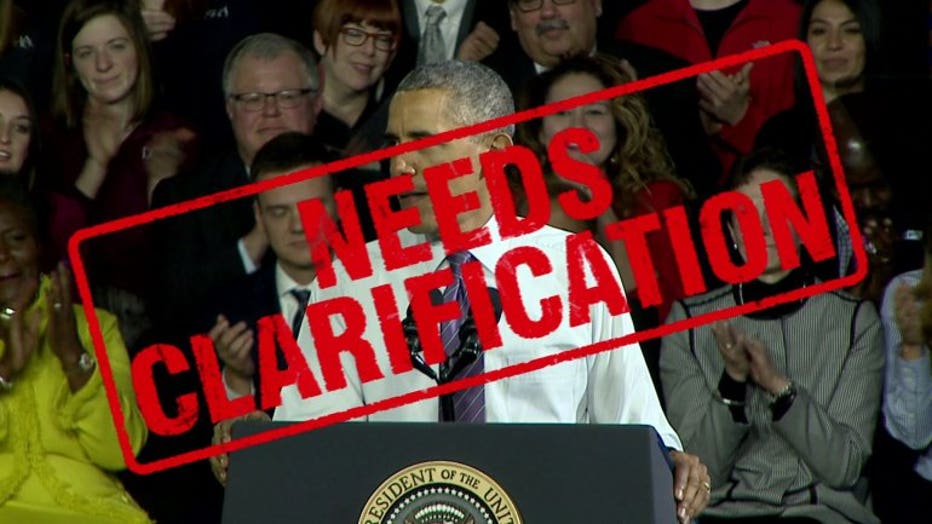 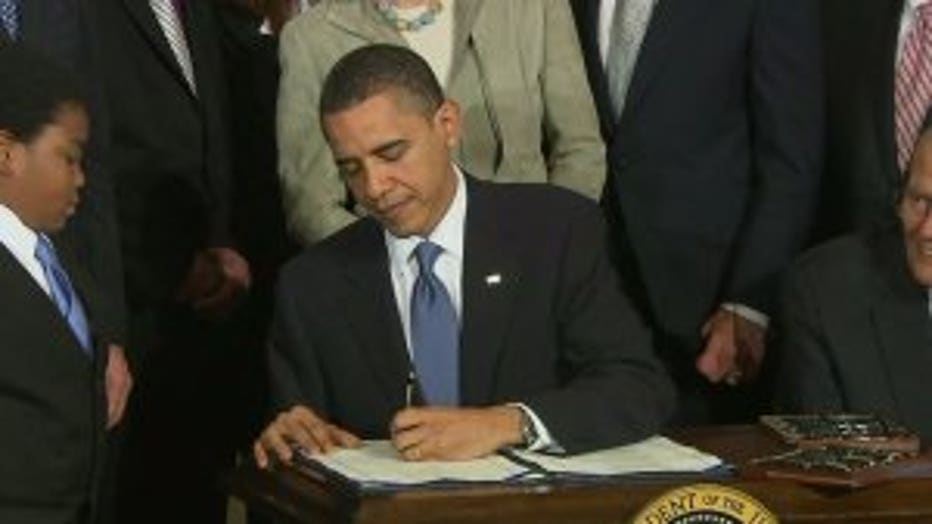 According to the White House numbers, 89,000 people either signed up for the first time or renewed their coverage during the recent open enrollment period that ran Nov. 1 through Jan. 31.

About 38,000 people, or less than half, signed up for the first time. The rest of the people, slightly more than 50,000, simply renewed their coverage.

During the visit to Milwaukee, the president said the law has been successful.

"Our businesses have created jobs every single month starting the month I signed the ACA into law," President Obama said. 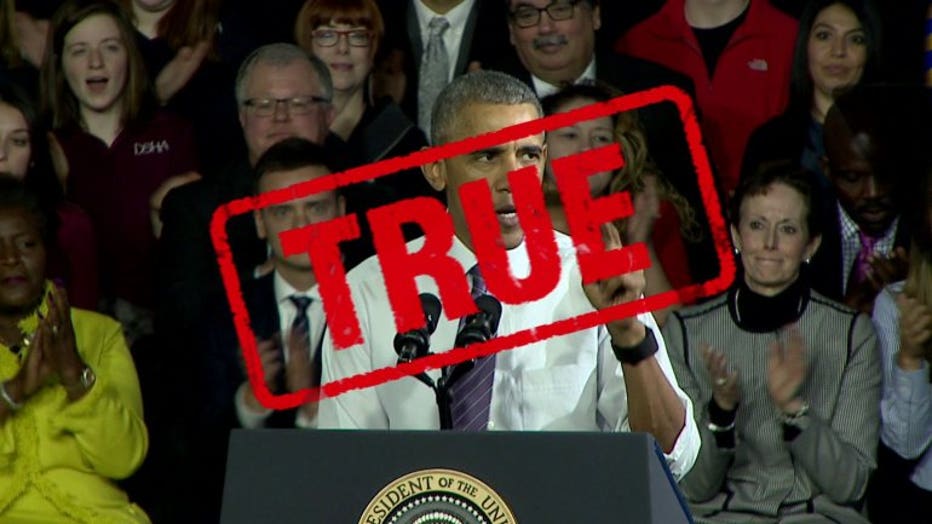 This is true, Reality Check found.

On the graph below from the U.S. Bureau of Labor Statistics, private-sector job growth has remained positive -- adding jobs for 71 straight months since the president signed the health care law in March 2010 (the one dip below zero on the graph, signaling a job loss, happened in February 2010). 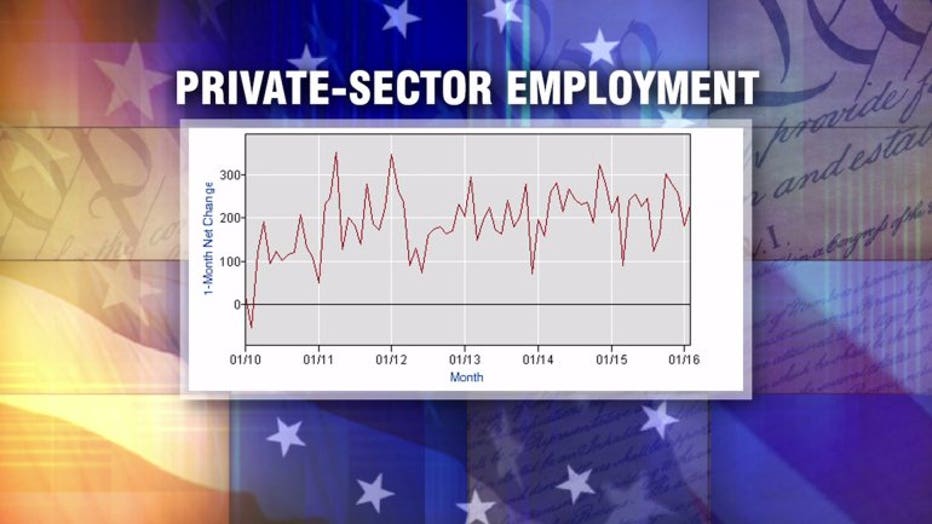 Of course, it's impossible to know how job growth would've progressed over the past six years without the health care law.

Against that backdrop, President Obama blamed Governor Scott Walker for fighting it.

"Your governor still refuses to expand Medicaid in this state. We could cover another 21,000 Wisconsinites with the stroke of his pen," President Obama told the crowd in Milwaukee. 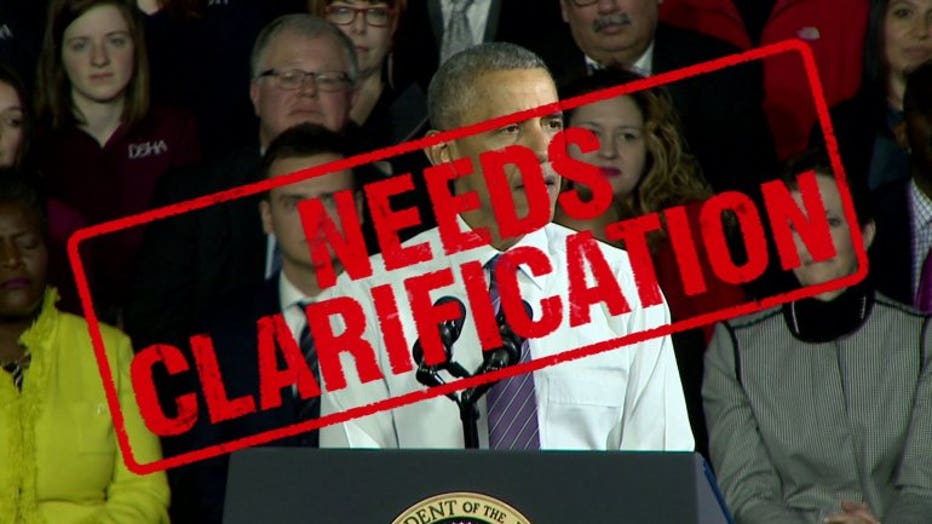 Wisconsin has rejected federal money to expand BadgerCare, which is Wisconsin's Medicaid program. 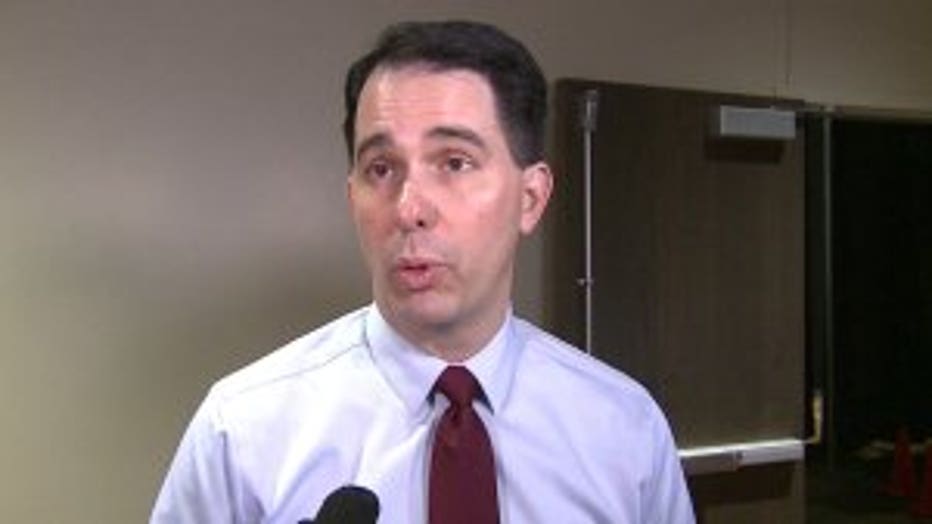 Governor Walker says he turned it down because he doesn't trust the federal government to continue funding at least 90 percent of the expansion as promised, fearing that Wisconsin taxpayers would be left holding the bag.

According to one analysis by the nonpartisan Legislative Fiscal Bureau, as many as 81,000 people living would be covered if Wisconsin adopted the full expansion.

Walker and state lawmakers changed BadgerCare in 2012 so that everyone under the federal poverty level would be covered by the program. An estimated 83,000 people were enrolled.

But the new rules removed adults who were above the federal poverty level. Some of those people -- 81,000, according to the Fiscal Bureau, would be covered under the Medicaid expansion, which would extend BadgerCare to those making up to 133 percent of the poverty level.

The president also said during his speech that he last visited Milwaukee for Laborfest "a couple of years back."

This is actually false. 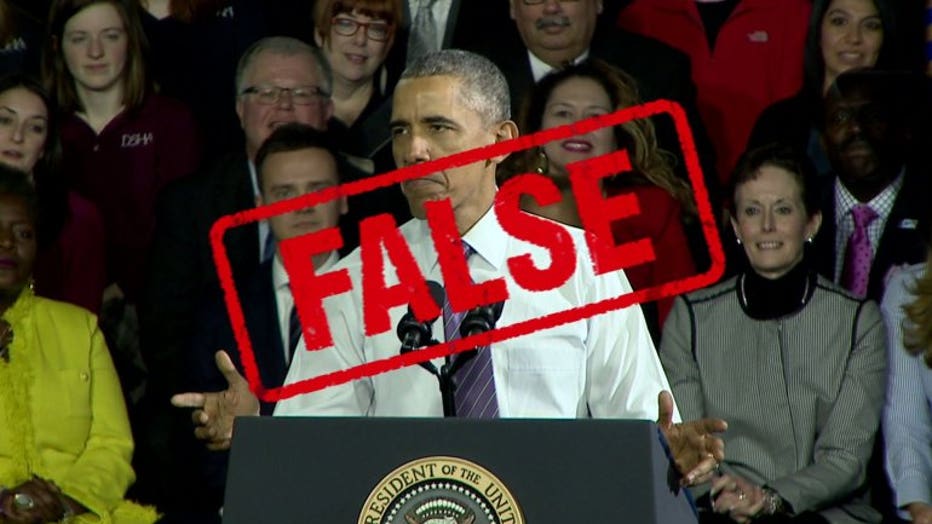 The president came to Laborfest on Sept. 1, 2014, but he returned for a visit at North Division High School on Oct. 28 to campaign for Mary Burke, who was running for governor. 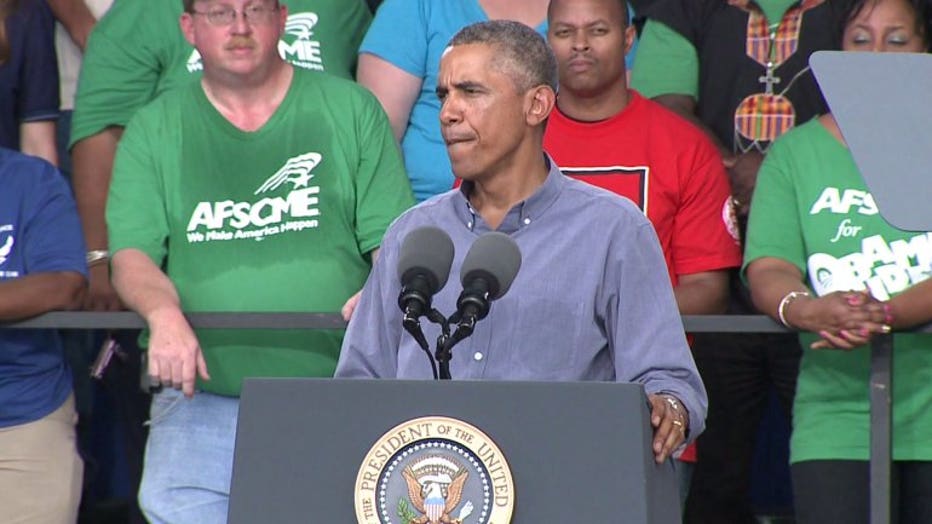 Burke lost to Walker, perhaps the reason the president didn't mention that visit.

(Since Obama was talking about his visits to Milwaukee, we excluded the most recent Wisconsin trip -- to La Crosse last July.) 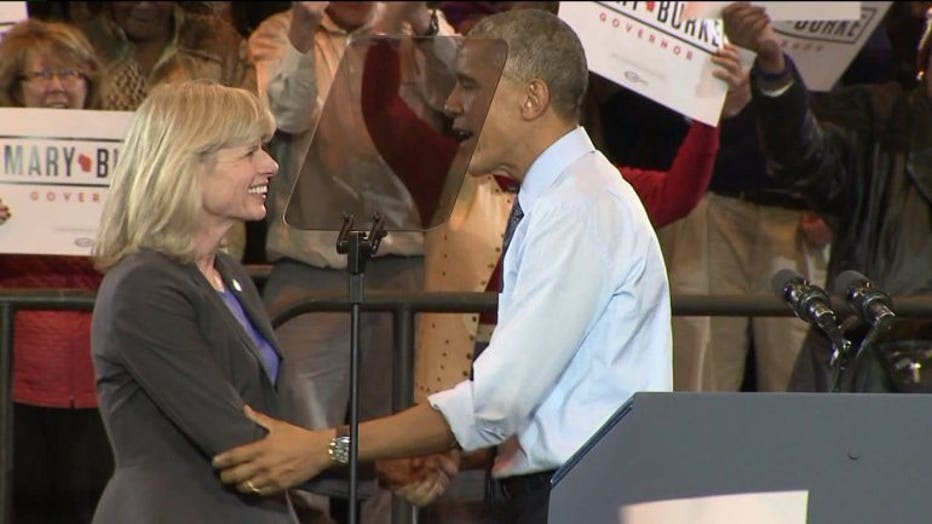 This will be the first of many installments of "Reality Check" with Theo Keith on FOX6 News and FOX6Now.com. From local races to the race for president, we want to make sure you've got the facts about what those who want to represent us are saying. 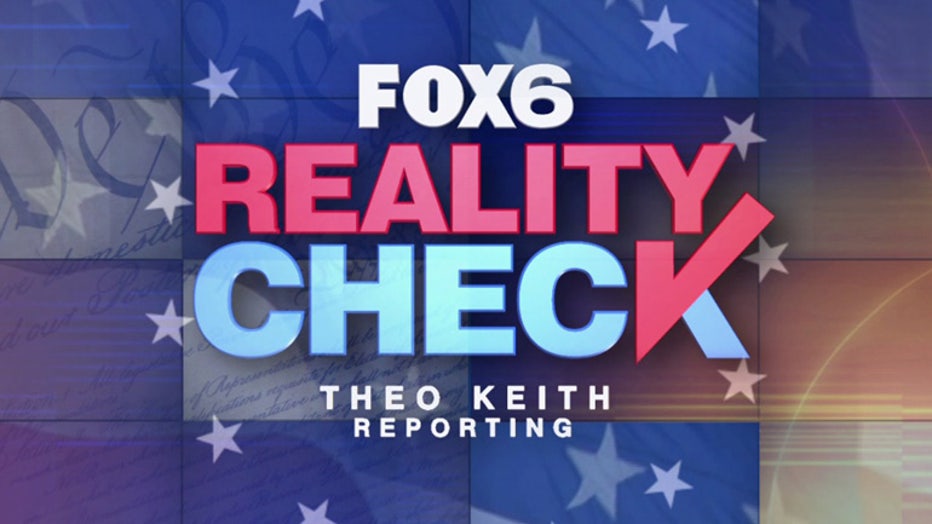