MILWAUKEE -- Protesters filled the streets of downtown Milwaukee, as GOP presidential candidates took center stage during the fourth GOP presidential debate, held at the Milwaukee Theatre on Tuesday evening, November 10th. Joining the masses was the family of Dontre Hamilton, and their supporters.

Supporters of Dontre Hamilton's family have often used their voices and their feet to protest decisions they disagree with -- and that happened again on Tuesday evening, November 10th. This, as Republican presidential candidates were in Milwaukee for the fourth GOP presidential debate, and several other groups had organized demonstrations ahead of and during that debate.

"I say destroy the whole constitution, because it never worked to begin with for black people," Nate Hamilton, the brother of Dontre Hamilton said. 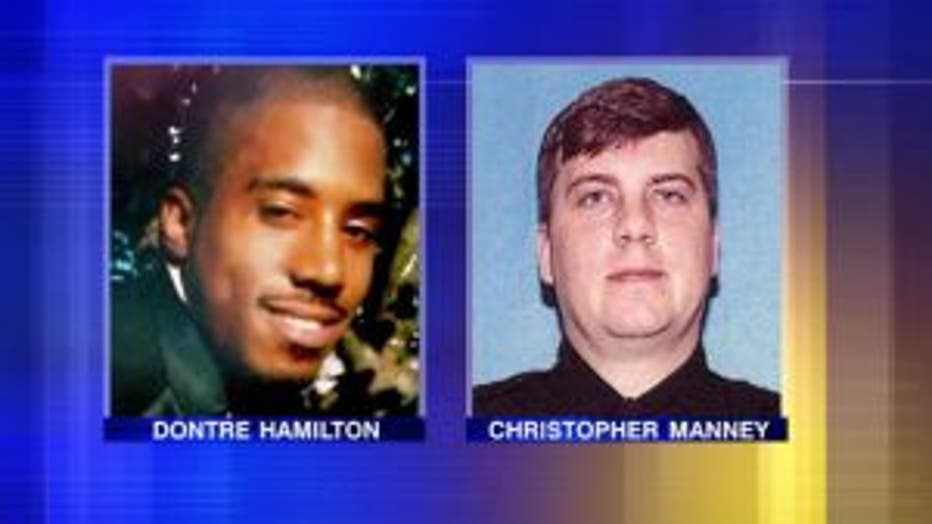 Officials with the Justice Department announced on Tuesday, November 10th that there is insufficient evidence to pursue federal criminal civil rights charges against former Milwaukee Police Officer Christopher Manney for the shooting death of Dontre Hamilton at Milwaukee's Red Arrow Park on April 30, 2014. It's a decision that the Hamilton family is not happy with.

In a news conference on Tuesday afternoon, following the DOJ's announcement, the Hamilton family expressed disgust with the criminal justice system and its findings.

The family is disappointed and frustrated after waiting months for a decision they feel was extremely delayed.

The decision came more than 18 months after Dontre Hamilton was shot and killed in Red Arrow Park in downtown Milwaukee -- and more than 10-and-a-half months after the federal review was launched.

Supporters of the Hamilton family gathered at City Hall in Milwaukee on Tuesday evening.

"We are mad. We ain't burned down nothing yet," Nate Hamilton said. "We ain't tore up nothing yet." 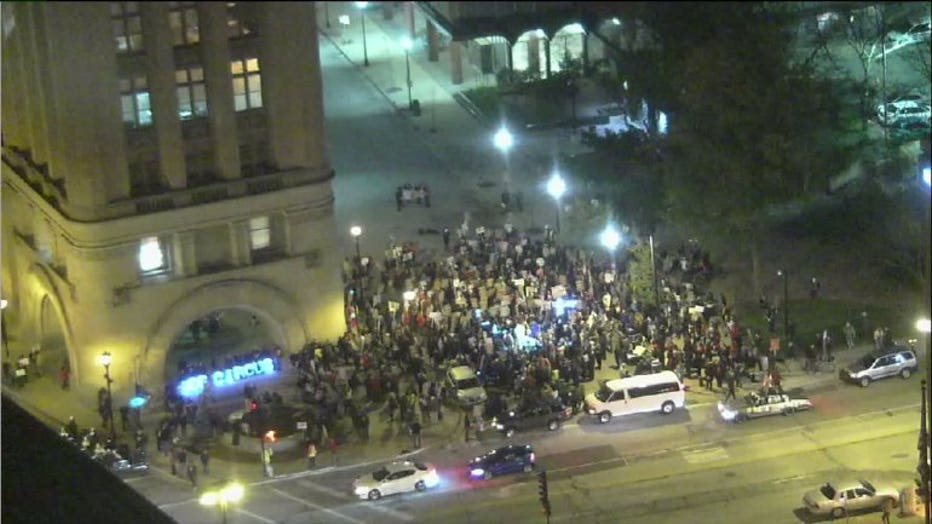 Other groups, such as the "Fight for $15" protesters, Black Lives Matter, demonstrators with Voces de La Frontera and more joined the Hamilton family for the protest and march on Tuesday evening. 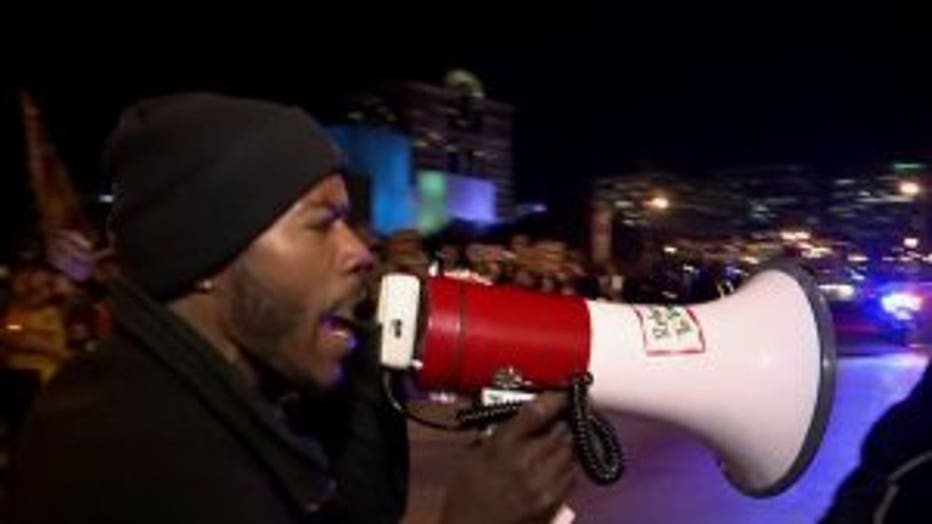 "I'm a person that believes in change by the strength of people -- and right now we got a lot of people," Nate Hamilton said.

An estimated 1,200 people took part in the protests -- marching in support of multiple issues. The group ended up outside the Milwaukee Theatre, where GOP presidential candidates were taking part in the debate.

There, some frustrations boiled over into anger.

"We're down here for Dontre Hamilton...not for the 15 union tonight," one demonstrator said.

During the protests, an American flag was set on fire, and then confiscated by police.

Milwaukee police officers were standing by as this large group of demonstrators marched through the streets of downtown Milwaukee.

Milwaukee Mayor Tom Barrett said Tuesday he understands the Hamilton family's frustration, but asked that people who would choose to protest on Tuesday evening and Tuesday night do so responsibly.

"I understand their anger, but I also understand that the legal requirements that have been put forth by federal law would have made this prosecution very difficult. It's a difficult day for the Hamilton family. There's no question about that. Had I lost a son, had I lost a brother, I would be frustrated and angry as well," Mayor Barrett said.

"We've been respectful of the rights of individuals who protest. That's something guaranteed to them under the First Amendment of our United States constitution. At the same time, the police have an obligation and a duty to make sure this is a safe city," Mayor Barrett said.

Barrett added that since the shooting death of Dontre Hamilton nearly 18 months ago, the Milwaukee Police Department has mandated critical incident training for all MPD officers.

Milwaukee is one of the first cities in the country to require this training.

"What I've tried to do as mayor of this city is to use this...this tragic incident, and regardless of how anyone feels, the loss of life here was tragic...to use it as a way to try and make our Milwaukee Police Department better," Mayor Barrett said.

CLICK HERE for complete coverage of the Dontre Hamilton case via FOX6Now.com.