The president's son, Eric, visited Menomonee Falls a day before Vice President Mike Pence was set to visit Waukesha and Ivanka Trump was ready to campaign outside of Appleton.&nbsp;

The news of the president's trip comes on the day when the president's son, Eric, visited Menomonee Falls -- and a day before Vice President Mike Pence was set to visit Waukesha and Ivanka Trump was ready to campaign outside of Appleton. 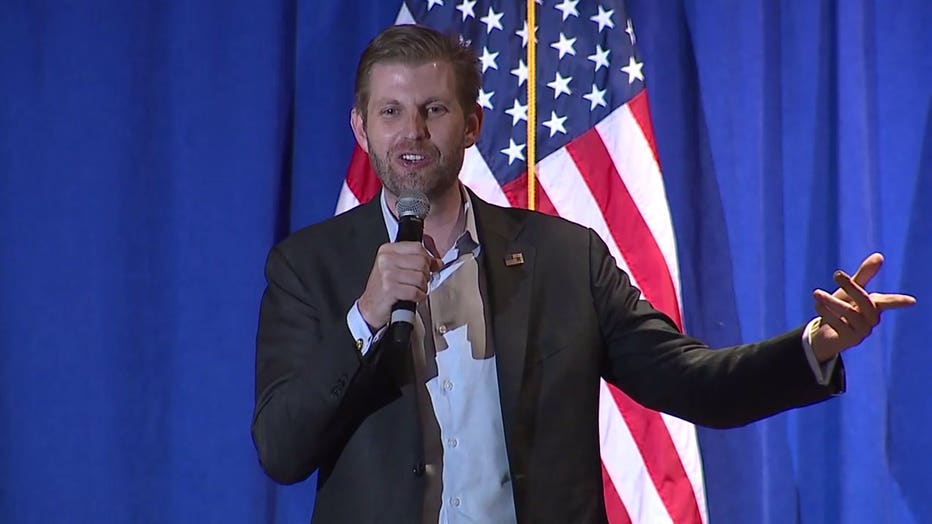 The president's son dismisses the polls which put his father behind Joe Biden in Wisconsin.

"We care tremendously about this state. We obviously won it in 2016. And honestly, I was all over the state in 2016. The enthusiasm today is better than I`ve ever seen," Eric Trump said.

On Monday afternoon, a few hundred people packed into the basement of Village Bowl in Menomonee Falls, some wearing masks, some not. 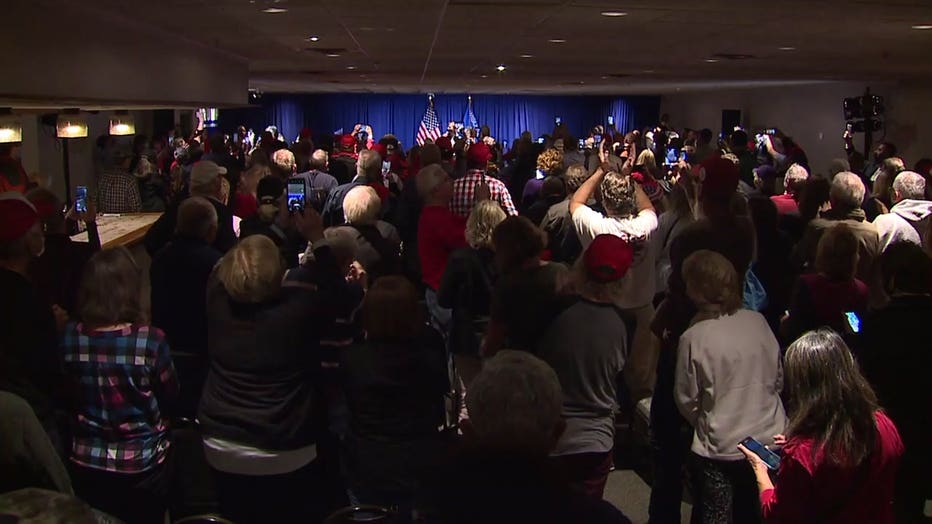 We asked Eric Trump about the lack of social distancing at the Menomonee Falls event. 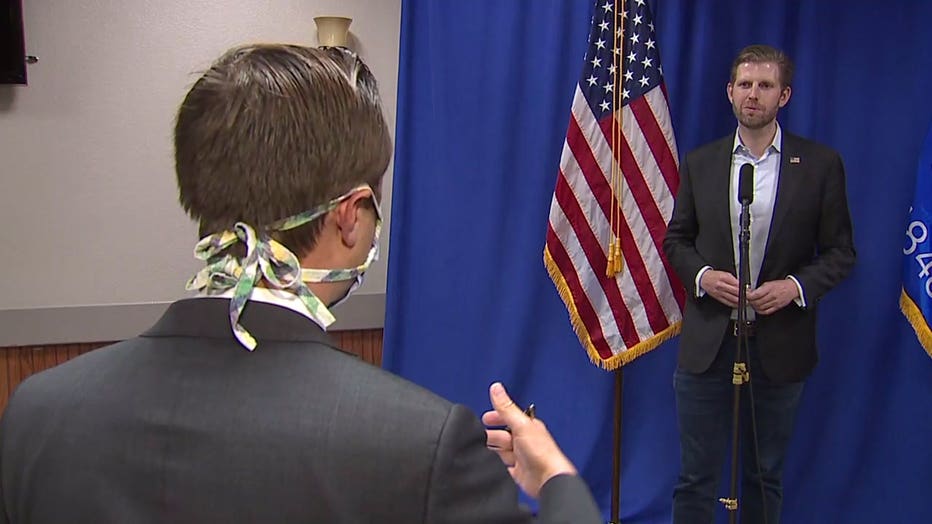 "There's tremendous love in this country. There's tremendous, tremendous love. For some reason, the media never talks about events when they happen to be other events, when it happens to be protests, they never talk about people wearing masks. It's only when it's an event for my father, where people love this country, they love the American flag, they love red, white and blue and that's when they start talking about 'super spreaders.' People are really safe, but my father is also a big believer in people have to get back, they have to get back to life," Eric Trump said.

"I know it's raining outside, but why not have an event like this outside where it is safer?" Calvi asked of Eric Trump.

"Downstairs was very, very safe and there's tremendous love -- and it's interesting Biden goes into a state and no one shows up. I'm a guy who dislikes most politicians. I love one. I think he's done a phenomenal, phenomenal job for this country," Eric Trump said. 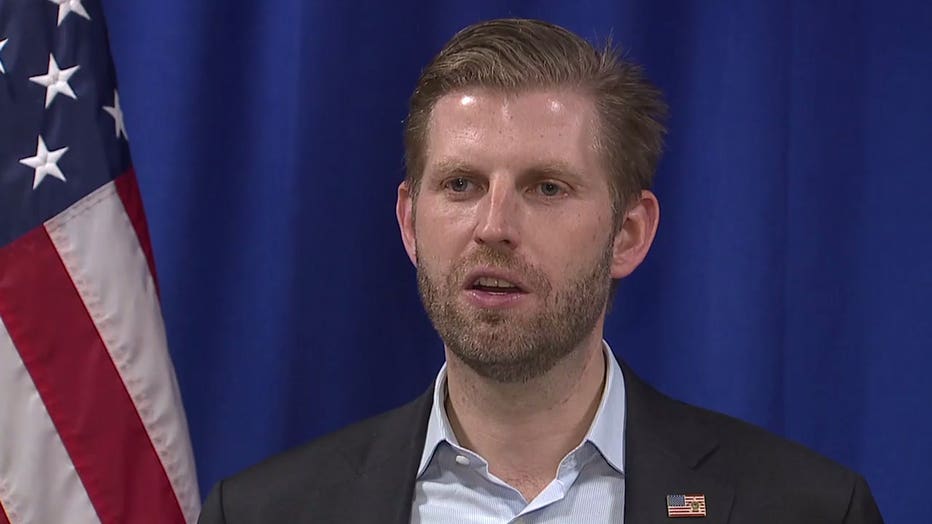 Two political forecasters no longer consider Wisconsin a toss-up. Both the Cook Political Report and the University of Virginia "Crystal Ball" list this state as leaning Democratic. The Real Politics average of polls puts Joe Biden ahead by six points -- the same lead Hillary Clinton had ahead of losing Wisconsin in 2016.

The event was meant to show the world how vital Milwaukee is to the November election.