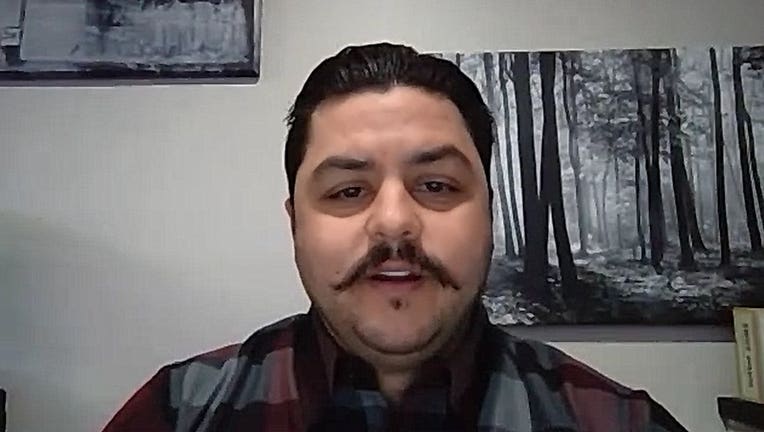 LOS ANGELES - An off-duty EMT who tried to save a man who died of COVID-19 on a flight bound for LAX says health officials never spoke to him directly about the incident, even though he was exposed to the disease and made headlines across the country after feeling sick in the days after.

Earlier in the month, the EMT, Tony Aldapa, was seen giving the plane's passenger CPR after the passenger collapsed mid-flight. The passenger was later pronounced dead. Coroners in Louisiana, the state where the plane made the emergency landing, ruled the man's death was related to COVID-19.

Aldapa says Los Angeles County Public Health didn't contact him until 10 days after the man collapsed during the Dec. 14 United Airlines flight. Aldapa explained even though he had reported symptoms, health officials didn't return his calls until Christmas Eve.

"I had a headache, body aches, a lot of fatigue, a real nagging cough," Aldapa said.

Thankfully, Aldapa tested negative for COVID-19 all three times. However, getting a hold of the county's health department was a major test itself.

Aldapa said shortly after getting the voicemail from LA County Public Health, he repeatedly called back at the requested time and extension. However, he never got a callback. Aldapa said he tried another direct line, but no luck.

"It did like elevator music for 10 seconds and then it beeped and then it hung up, and that was it, so I didn’t get in touch with anybody at all," he said.

Aldapa also said he was asked through an email from health officials to quarantine for two weeks... 10 days after the COVID-19 scare.

"The public health department wants to talk about slowing the spread and stopping the spread, that’s one easy perfect example of how they dropped the ball on it," he said.

TMZ's Harvey Levin has been all over the story and has been in frequent contact with Aldapa. On FOX 11's special report from Tuesday night, he described what TMZ happened when TMZ called the airline.

"We call United, and say what’s the deal? You had 179 people on this plane, you haven’t called anybody yet, and they essentially said, 'Well its not our job. We're gonna give the manifest over to the CDC and they’ll handle it,'" Levin explained.