McAdams is suspended without pay from MU for blogging about a graduate teaching assistant who was secretly recorded by one of her students. The suit alleges the university illegally suspended McAdams in fall 2014 and officials made the decision to terminate his tenure and fire him from Marquette.

McAdams was initially suspended by Marquette with pay in January of 2015. In March, Marquette suspended him without pay for the rest of 2016. MU President Michael Lovell added the condition that McAdams write a letter to the school, accepting responsibility for his actions, a demand McAdams quickly rejected. 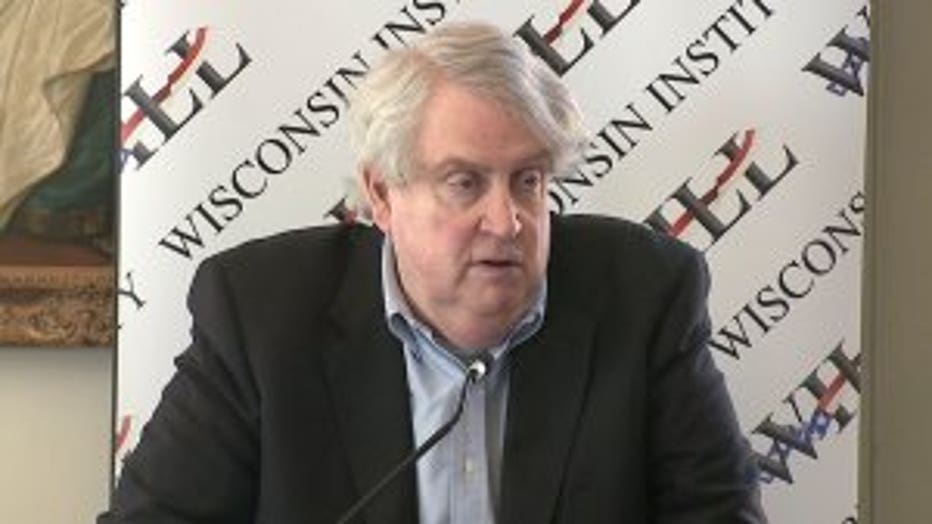 McAdams tells FOX6 he will not accept any resolution that involves any level of punishment for him, because that, he says, would be an affront to "academic freedom." In hindsight, he says if he could go back, he would not name the instructor in his blog, but he maintains he had every right to do so. 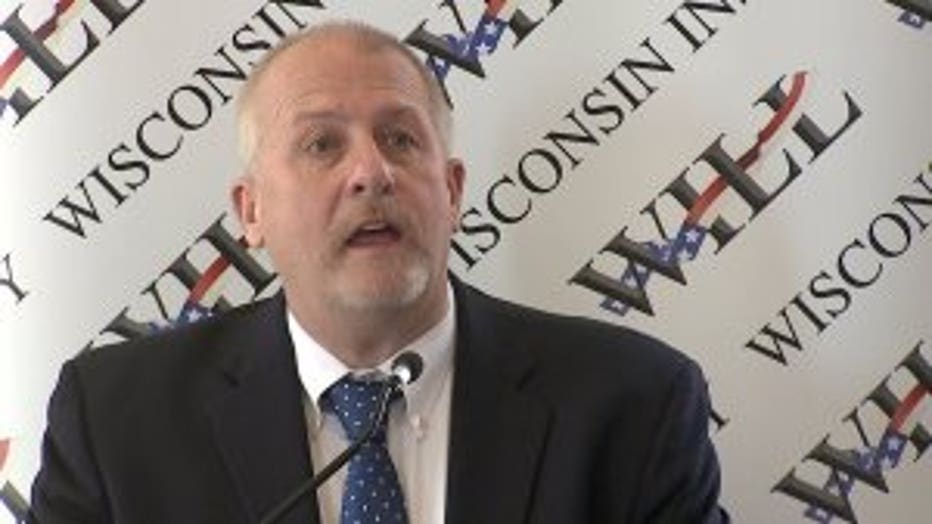 "This is a sad day, but an important one," Rick Esenberg, the founder and president and general counsel of the Wisconsin Institute for Law & Liberty said.

Esenberg earned his law degree from Marquette, and is now using it to sue the university on McAdams' behalf.

"This has wasted a year-and-a-half of my life," McAdams said. 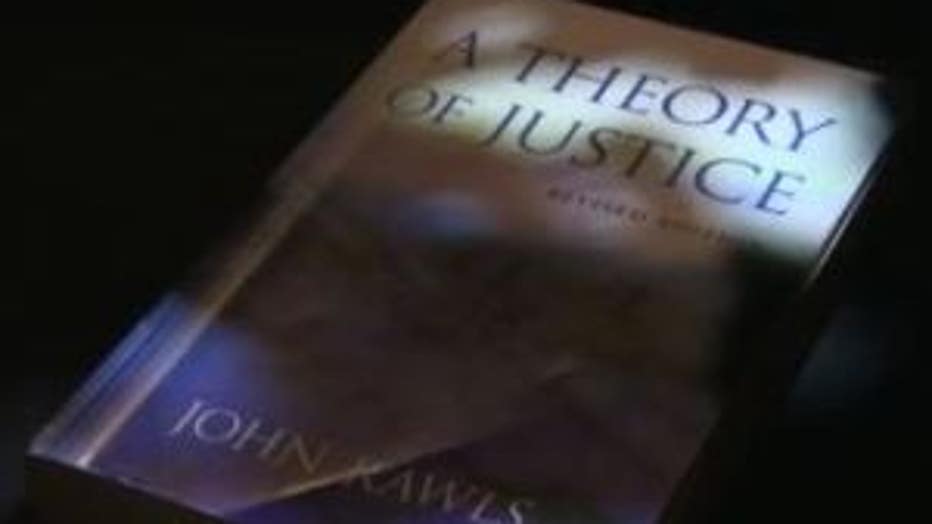 The political firestorm started in the fall of 2014 in an ethics class.  The topic?  John Rawls' principle of equal liberty.  The instructor had asked students to come prepared with ideas.

"She basically said let's name social issues in today's political environment and then we can go ahead and apply this principle to these social issues," said "Matt," then a Marquette sophomore.

One by one, the instructor recorded possible topics for debate, but when all of the students were finished, she wiped one of them off the list -- gay marriage. 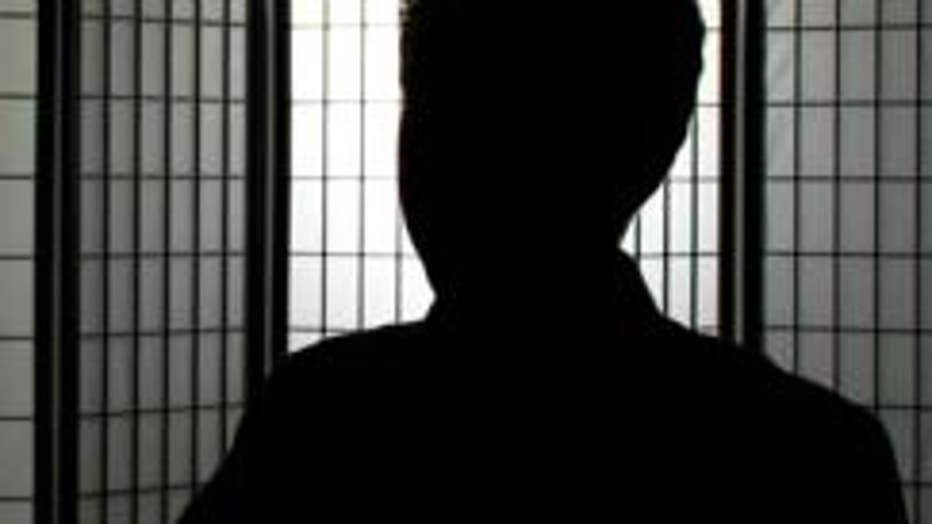 "She said, 'oh, well we all agree to this one,' and erased it," Matt said. "That was the only one she erased, and I did take issue with that."

Matt is a conservative Christian, College Republican. The instructor, a self-described "vegan feminist."

"I just wanted to simply ask her, you know, why did you let your personal views get in the way of that?" Matt said.

He waited until after class to approach the instructor -- a conversation he secretly recorded with his cell phone.

"I have to say I'm very disappointed in you," Matt said.

"Okay? For what reason?" the instructor replied.

The instructor then engages in a brief debate with Matt about the merits of gay adoption, before Matt interjects.

Matt: "Regardless of why I'm against gay marriage, it's still wrong for the teacher of a class to completely discredit one person's opinion when they may have different opinions."

Instructor: "Okay, there are some opinions that are not appropriate -- that are harmful, such as racist opinions, sexist opinions. And quite honestly, do you know if anyone in your, in the class is homosexual?"

Instructor: "And do you not think that that would be offensive to them if you were to raise your hand and challenge this?"

Later in the conversation:

Matt: "So, because they're homosexual, I can't have my opinions. And it's not being offensive towards them, because, I am just having my opinions on a very broad subject."

Instructor: "You can have whatever opinions you want, but I will tell you right now in this class, homophobic comments, racists comments, sexist comments, will not be tolerated. If you don't like it, you're more than free to drop this class."

When the instructor finally noticed Matt was recording the conversation, she ended it. He then left the room, vowing to play the recording for her superiors.

He complained to an administrator of Arts & Sciences, who referred him to the chair of the philosophy department, Dr. Nancy Snow. Matt says he was unaware at the time that Snow is a lesbian.

"I realized that I'd confronted an openly gay lesbian about a gay rights issue, which I felt very stupid about," Matt said.

Snow later referred to him in a colleague's voicemail as an "insolent little twerp," a comment she did not dispute when contacted by the FOX6 Investigators. In fact, she declined to comment at all. Snow is now at the University of Oklahoma. 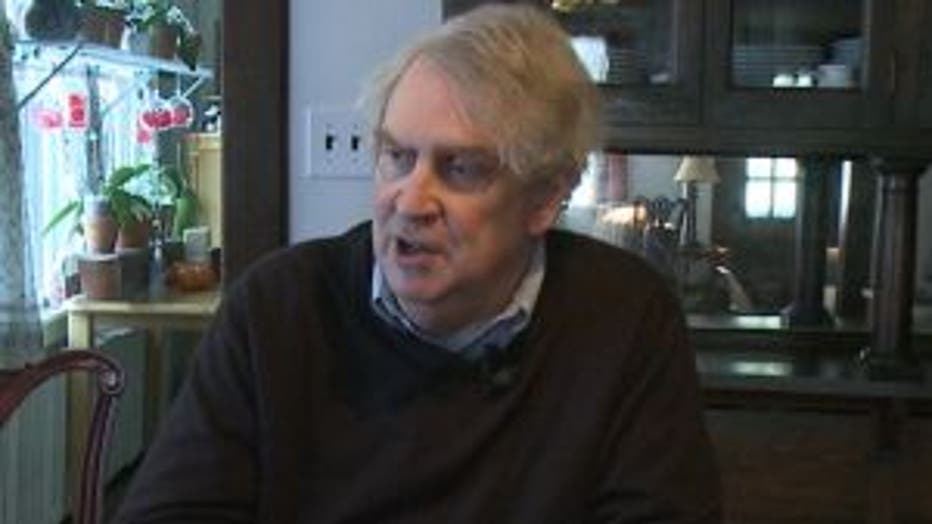 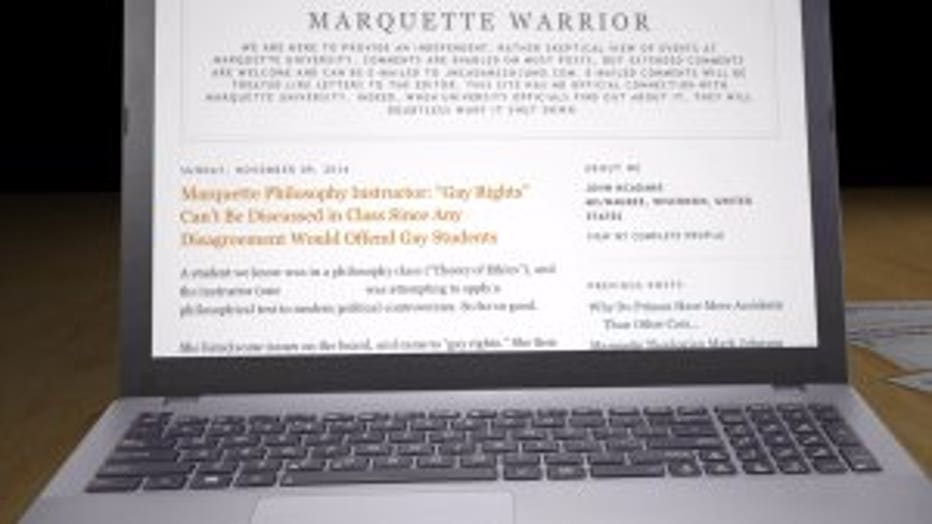 In a 123-page disciplinary report released by MU for the first time on Monday, May 2nd, the university says that naming the instructor on McAdams' blog was "reckless," "irresponsible," "sensational" and caused "substantial harm."

Esenberg says McAdams had a contractual right to blog about a matter of public interest. The lawsuit accused MU of breaching that contract. 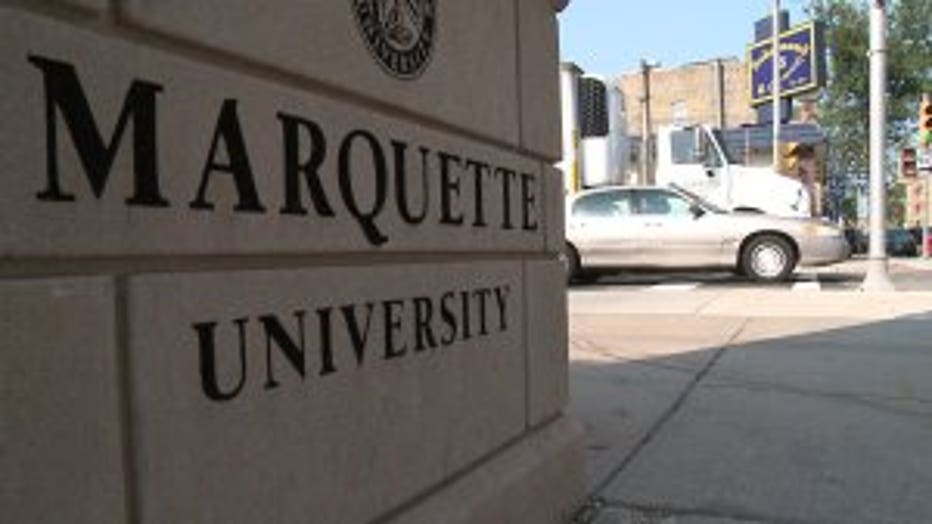 "Marquette holds itself out, as it should, as an institution committed to academic freedom. We intend to hold it to that commitment," Esenberg said.

The lawsuit seeks both McAdams' reinstatement and unspecified monetary damages.

But McAdams says no amount of money would make him go away.

"If they could just pay me off, they would be perfectly happy to pay me off, but that would be a loss for academic freedom," McAdams said.

Statement from Marquette University on McAdams

"Dr. McAdams continues to reject the judgment of his peers on the Faculty Hearing Committee. The committee unanimously concluded that he violated his core obligations as a tenured professor and that he should be suspended.

It was Marquette’s preference throughout this process to keep all proceedings between the university and Dr. McAdams confidential because this is a personnel matter. Dr. McAdams has routinely decided to argue his case in public. Now that he has made this a legal matter, Marquette is releasing President Lovell’s decision letter and the full 123-page Faculty Hearing Committee report to ensure transparency. We have also included President Lovell’s follow-up letter to Dr. McAdams.

The report contains several relevant passages from Dr. McAdams’ peers, including the following:

The record of this case therefore demonstrates that Dr. McAdams has engaged in a serious instance of irresponsible conduct, and that his conduct is likely to continue to significantly impair his fitness to meet his responsibilities as a university professor unless the University takes punitive action in this proceeding.”

Other details regarding Marquette’s position on this matter can be found in the following Frequently Asked Questions and Answers document.

Furthermore, we are deeply concerned about the attention that Dr. McAdams and his legal team continue to focus on our former graduate student. He continues to call her out by name in his blog, and even recently went out of his way to name the university where she is continuing her studies today. These actions have exposed her to additional harassment, more than a year after she left Marquette.

Our main goal throughout this process has been to ensure that no other Marquette student is ever subjected to an extensive public shaming campaign by a member of our faculty."