Autism: What is it? How is it treated?

Autism is a bio-neurological developmental disability that presents itself with a spectrum of symptoms with varying severity.

NEW YORK - Billionaire Elon Musk revealed he has Asperger’s Syndrome in his opening monologue as the host of the May 8 episode of "Saturday Night Live."

Asperger’s Syndrome is a condition on the Autism spectrum. Though more severe forms of Autism are characterized by nonverbal communication or difficulty with social interaction, Asperger’s is known for being a milder or high-functioning form of the bio-neurological developmental disability.

Many people with Asperger’s can blend in with neurotypicals, their condition undetectable by the untrained eye.

RELATED: Elon Musk offers $100M to inventors who can remove carbon dioxide from the atmosphere

Musk said he was making history as the first person with Asperger’s to host NBC’s long-running sketch comedy show, "or at least the first to admit it."

According to a report by The Daily Beast, that claim isn’t accurate. Former cast member Dan Aykroyd has Asperger’s Syndrome and returned to host the show in 2003.

The CEO of Tesla and SpaceX joked about his monotonal speaking style, saying people often can’t tell when he’s joking. He addressed his sometimes-controversial Twitter presence, saying sometimes he posts strange things to his account with 50 million followers.

"To anyone who’s been offended, I just want to say I reinvented electric cars, and I’m sending people to Mars in a rocket ship," Musk said. "Did you think I was also going to be a chill, normal dude?"

He addressed his son’s name, joking that "X Æ A-Xii" is pronounced "cat running across the keyboard." 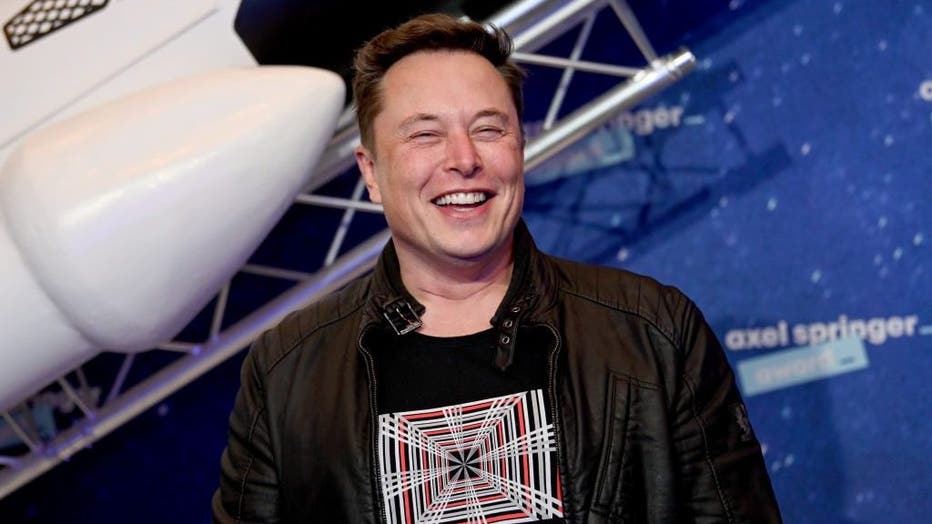 Musk wrapped up the monologue by bringing out his mom, Maye Musk, She said she was excited to get her Mother’s Day gift, but hoped it wasn’t Dogecoin, a cryptocurrency that’d been surging ahead of Musks’ "SNL" appearance.