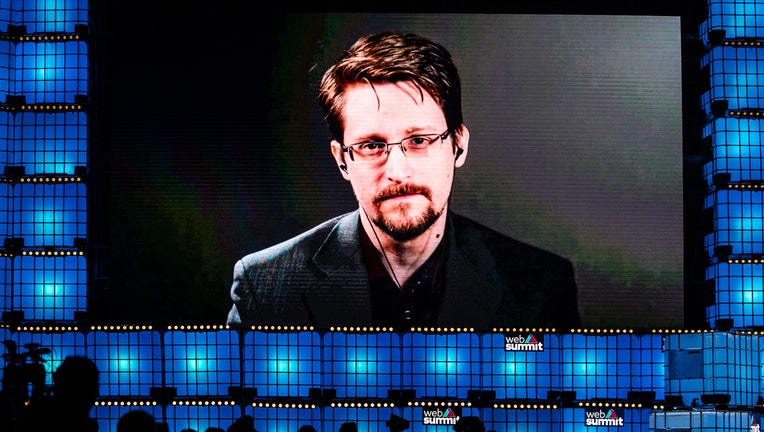 Edward Snowden, a former intelligence officer who served the CIA, NSA, and DIA, speaks from Russia to the audience at the Web Summit technology conference in Lisbon, Portugal, Nov. 4, 2019. (SOPA Images/LightRocket via Getty Images)

Snowden, a former contractor with the U.S. National Security Agency, has been living in Russia since 2013 to escape prosecution in the U.S. after leaking classified documents detailing government surveillance programs.

Kucherena told the Interfax news agency that the application was submitted in April, but because of the coronavirus pandemic and lockdown restrictions, immigration authorities took more time to consider it. Snowden was able to obtain permanent residency rights because of the changes in Russia's immigration laws made in 2019, the lawyer said.

Kucherena added that Snowden is not considering applying for Russian citizenship at the moment.

Snowden, who has kept a low profile in Russia and occasionally criticized Russian government policies on social media, said last year that he was willing to return to the U.S. if he is guaranteed a fair trial.