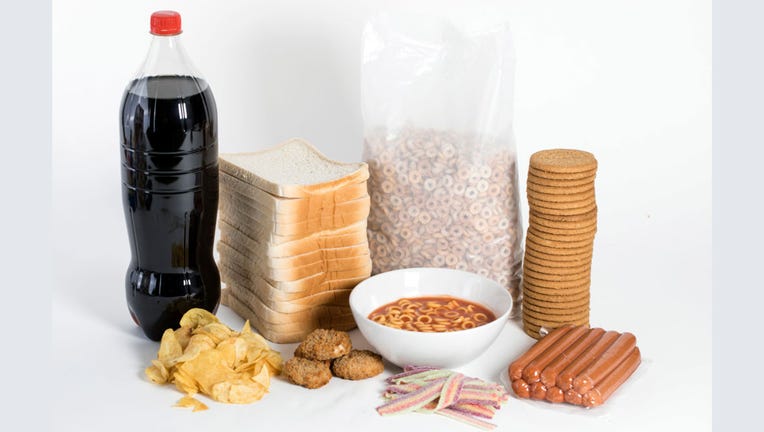 Eating higher amounts of ultra-processed foods like frozen meals, hot dogs, and fast food has been linked to health issues like obesity and heart disease, but newly-published research also suggests it can be detrimental to the brain, too.

The study, which included over 10,000 adults in Brazil, found that adults who ate more than 20% of their daily calorie intake from ultra-processed foods had a 28% faster rate of global cognitive decline and a 25% faster rate of executive function decline, compared to people who ate the least amount of these foods.

The study from researchers at the University of Sao Paulo Medical School in Sao Paulo, Brazil, was previously presented in July at the Alzheimer’s Association International Conference 2022. The results of the study were published on Monday in JAMA Neurology.

The average age of participants at the start of the study was about 52. More than half (54.6%) were women, 53.1% were White, and 56.6% had at least a college degree. Those who reported extreme calorie intake or taking medication that could influence cognitive performance were excluded from the study.

The study was conducted between 2008 and 2017. Participants answered questionnaires about their food and drink intake and were followed over a range of six to 10 years.

Ultra-processed foods are industrially manufactured and are often ready to eat or heat. They include additives and are largely devoid of whole foods.

Interestingly, the study also noted how even if ultra-processed foods made up 20% of an individual’s diet — if the rest of that person’s diet consisted of unprocessed, whole foods — there was no association with cognitive decline.

While the study was conducted in Brazil, the consumption of ultra-processed foods has increased over the past two decades in the U.S. as well.

"The overall composition of the average U.S. diet has shifted towards a more processed diet. This is concerning, as eating more ultra-processed foods is associated with poor diet quality and higher risk of several chronic diseases," Filippa Juul, an assistant professor at NYU School of Public Health and the 2021 study’s lead author, said in a statement.

"The high and increasing consumption of ultra-processed foods in the 21st century may be a key driver of the obesity epidemic," Juul added.

A combination of physical activity, not smoking, light alcohol consumption, a good diet and cognitive activities may help lower the risk of the disease by as much as 60 percent, a study found.

Other studies have resulted in similar findings. Research published in July in the medical journal American Academy of Neurology suggests that people who eat the highest amounts of ultra-processed foods may have a higher risk of developing dementia, compared to those who eat the lowest amounts.

In that study, researchers analyzed the eating habits of 72,000 people in the United Kingdom for an average of 10 years. After adjusting for age, gender, family history of dementia and heart disease, and other factors, the study found that for every 10% increase in daily intake of ultra-processed foods, people had a 25% higher risk of dementia.