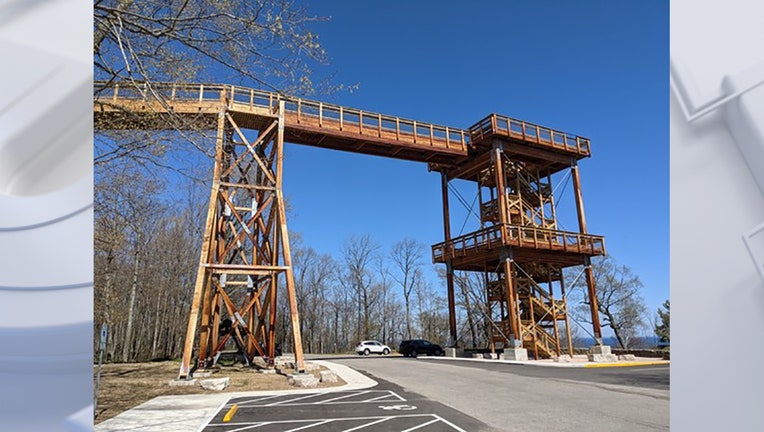 DOOR COUNTY, Wis. - The Wisconsin Department of Natural Resources (DNR) announced on Tuesday, May 18 that the iconic Eagle Tower at Peninsula State Park is set to open to the public on Wednesday, May 19.

The public can now access the landmark both up the tower stairs and through a fully accessible canopy walk.

The new tower, located on top of Eagle Bluff, is 60 feet high with the top observation deck sitting 253 feet above the bay of Green Bay. There are 100 steps to climb to get to the top of the tower, or visitors can enjoy an 850 foot fully-accessible canopy walk to the top. The tower offers panoramic views of the park. 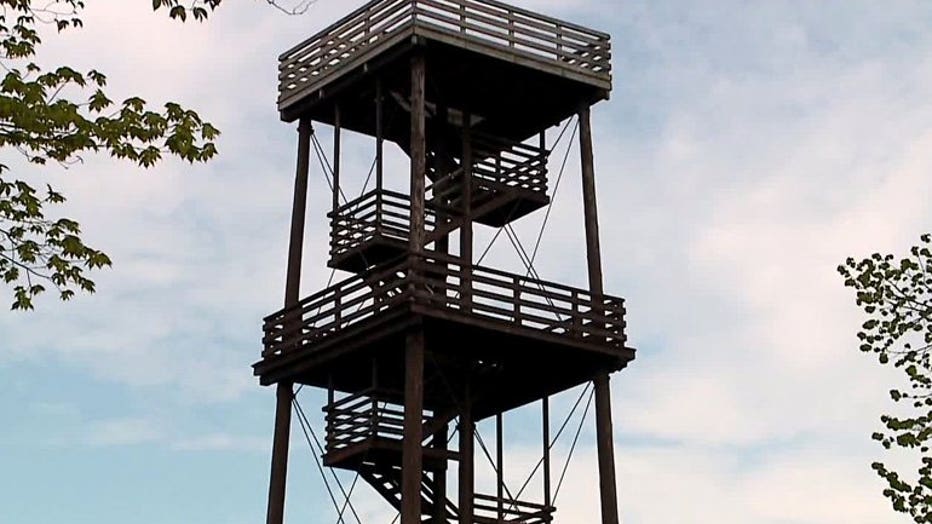 Funding for the $3.5 million Eagle Tower was made possible by partnerships with local state legislators, the DNR and the Friends of Peninsula State Park, which donated $750,000 to the project.

Access to Eagle Tower is free; however a park admission pass is required. Parking is available near the tower site, and there is access from various property hiking and biking trails.

A Palatine, Illinois man was cited for inattentive driving – after a Kenosha County sheriff's deputy noticed he "appeared to be asleep behind the wheel crossing over the Illinois/Wisconsin state line" on Sunday, May 16.

Summerfest announced on Tuesday, May 18 that the Guns N’ Roses concert has been rescheduled for the last weekend of the festival, on Saturday, Sept. 18 at the American Family Insurance Amphitheater.