Tom Poberezny, the retired president and chairman of the Experimental Aircraft Association, is being mourned by the EAA and aviation communities after his death early Monday, July 25. Poberezny was 75.

OSHKOSH, Wis. - Tom Poberezny, the retired president and chairman of the Experimental Aircraft Association, is being mourned by the EAA and aviation communities after his death early Monday, July 25. Poberezny was 75.

Poberezny was EAA president from 1989 until 2010, and also served as chairman for two years until his retirement in 2011.

Jack Pelton, EAA CEO and Chairman of the Board issued the following statement in a news release:

"It is not lost on us that Tom’s passing occurred on the opening day of EAA AirVenture Oshkosh, the event he led into world prominence as its chairman beginning in the 1970s, Tom’s legacy is tremendous in the world of aviation with his personal achievements as well as the growth of EAA, especially the development of the current EAA Aviation Center in Oshkosh, the Young Eagles program, and the creation of Sport Pilot nearly 20 years ago. He will be greatly missed but more importantly, he will be remembered for all that he did for EAA and aviation. Our deep condolences and prayers go to Tom’s wife, Sharon, and his daughter, Lesley, and the rest of the Poberezny family."

A news release says Poberezny was a member of the U.S. National Unlimited Aerobatic Team that captured the World Championship in 1972. The following year, he won the U.S. National Unlimited Aerobatic Championship. He subsequently flew for 25 years as one wing of the legendary Eagles Aerobatic Team (originally the Red Devils), the most successful civilian precision flying team in history.

During his career with EAA, Poberezny has overseen a number of the organization’s milestone events. In the late 1970s he spearheaded EAA’s first major capital campaign, which supported construction of the current EAA Aviation Center headquarters and museum complex at Wittman Regional Airport in Oshkosh, Wisconsin. 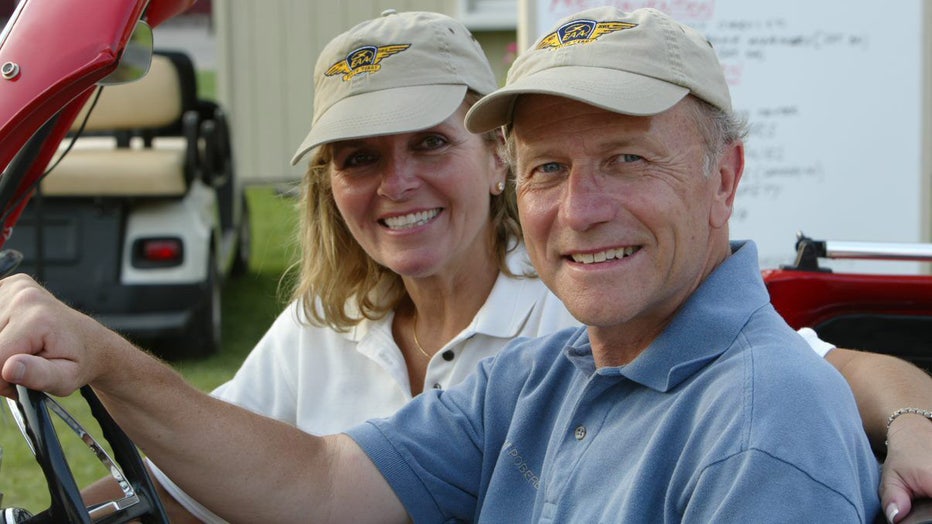 In 1992, he led the creation of EAA’s Young Eagles, which has become the most successful aviation youth program in history. Realizing the importance of mentoring to the future of aviation, EAA aimed to give one million kids between the ages of 8 and 17 an airplane flight by the centennial of powered flight on December 17, 2003. The one millionth Young Eagle was flown in October 2003, celebrating the efforts of 85,000 EAA volunteers to reach the goal. The Young Eagles Program has now flown nearly 2.3 million young people.

In 2002‐2003, Poberezny led EAA’s Countdown to Kitty Hawk program, which commissioned the construction of the first completely authentic reproduction of the 1903 Wright Flyer – the airplane that gave birth to powered flight. The airplane successfully flew at Kitty Hawk, North Carolina, in late 2003 and was present on those hallowed grounds on December 17, 2003 – 100 years to the minute from the Wrights’ first flight.

Memorial services are still being determined at this time. EAA is also planning a memorial and tribute to Poberezny during AirVenture 2022. More information will be announced as it is finalized.