Some hope for Good Samaritan Law in Wisconsin

Some hope for Good Samaritan Law in Wisconsin

MILWAUKEE (WITI) -- If you were alone in a room with a dying man, would you call 911 to save his life?  What if calling for help could land you in jail?

Drug overdose is now the second-leading cause of accidental death in the United States, and the number one cause for men and women ages 25 to 64.  Alcohol and drug abuse prevention experts say a contributing factor is drug users who allow their friends to die instead of risking arrest by calling for help.  Now a panel of those experts is calling for changes in state law that would give legal protection to drug users who do the right thing. 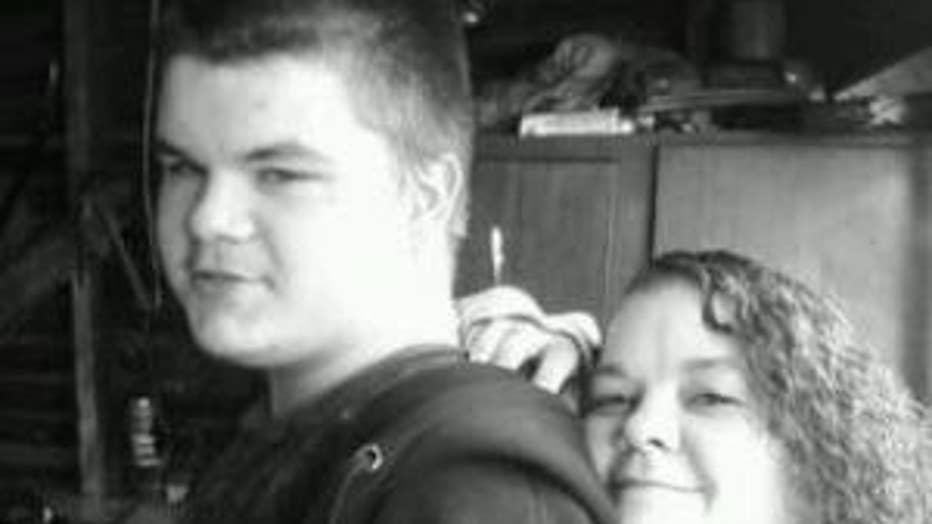 A case in point -- 19-year-old Michael Hardin.  On St. Patrick's Day, March 17th, Milwaukee Fire Department rescue workers responded to the Quality Suites on South 27th Street for an unresponsive man. They found Hardin dead on the floor of room 553.  Four months later, Tracy Dronso is still coming to grips with what happened to her son.

"It's been hard," she said, choking back tears.

Hardin lived with his grandparents in Baraboo, in part because of tension between him and his mother over his illegal drug use.  On March 16th, Hardin came to Milwaukee to visit his mom for the first time in two years.

But according to Milwaukee Police, the trip to Milwaukee was about more than visiting family.  It was also a heroin run.

When Hardin checked into the Quality Suites hotel, he was not alone.  There was someone else who was with him.  Someone who was still there when rescue workers arrived the next day.

According to reports issued by the Milwaukee County Medical Examiner's Office, Michael Hardin died of a heroin overdose.  Kelly Gille was with him the whole time.  But no one called 911 until Hardin was already dead. 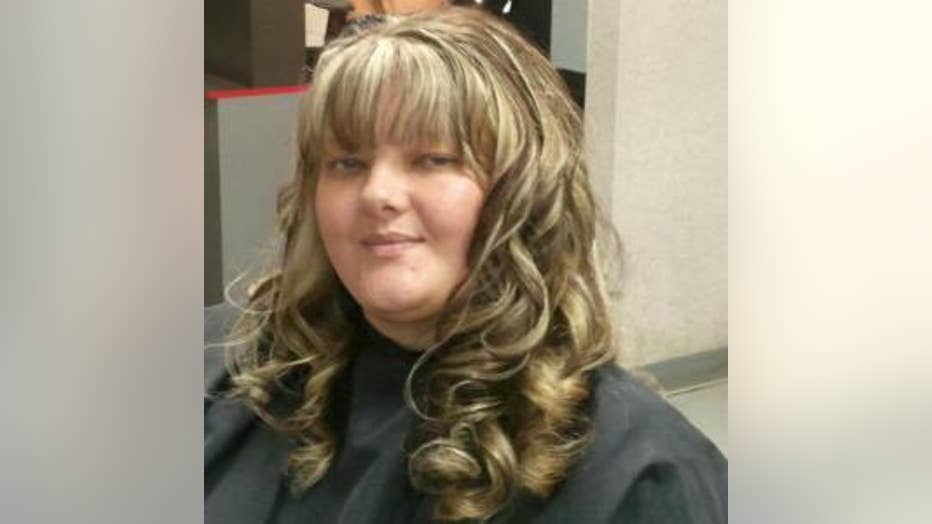 Kelly Gille was in the hotel room with Michael Hardin when he died. She told a hotel clerk not to call 911 until after Hardin was already dead.

"She called my nephew before anything," Dronso said.  "'Cause my nephew told me, 'Why did she call me first before she called for help or anything?'"

According to the Medical Examiner's death investigation report, Hardin and Gille checked into the hotel at 7:09pm Saturday night, March 16th.  Gille told police she saw Hardin "shoot up" at least once.  She stated that she went to bed around midnight and Hardin slept on the couch.  The next morning, Gille said she called the front desk to request a late checkout.  The front desk clerk says no such call was made.

It wasn't until Sunday afternoon at 1:19 that Gille called the front desk for help "getting her boyfriend back into bed."  The clerk asked if he should call 911.  She said no.

"Instead of calling my nephew or the clerk, yeah," Dronso said.

Scott Stokes says it's common for drug users to overdose in the presence of another user.  And, unfortunately, it's also common for those witnesses to be hesitant about calling the authorities for medical assistance.

"Too many people die that way," Stokes said.

Stokes is Director of Prevention for the Aids Resource Center of Wisconsin, which operates a needle exchange program for  I-V drug users.  He is also a board member of the State Council on Alcohol and Other Drug Abuse (SCAODA), which is pushing for a change in public policy that he says would encourage more people to call for help. 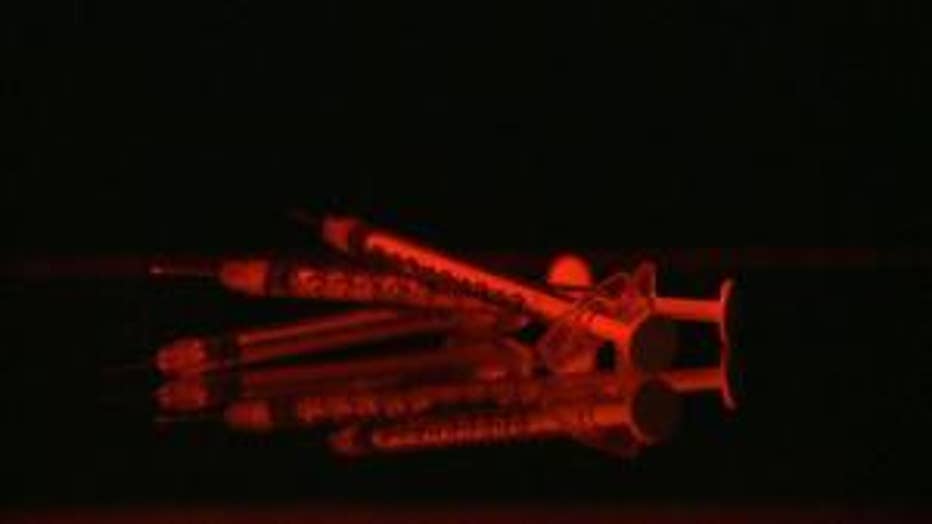 "Most drug users fear being arrested if they respond to an overdose," Stokes explains.  "Maybe if they're lucky they will dump them into a doorway of a hospital or call 911 and leave and hopefully paramedics will find that person who is overdosed."

"Lots of people have died because the people they were with are scared to call 911," said Skye Tikkanen, chairperson of a special committee that was formed by SCAODA to study the need for a so-called "911 Good Samaritan Law" in Wisconsin.

It would grant 'limited immunity' to people who call 911 in cases of overdose.  15 other states either have such a law or have one under consideration.

"It's really a terrifying situation," Tikkanen said.  "So if we can remove one fear, we're going to save some lives."

One heroin addict we spoke to, who we'll call 'Jenny,' backed up this theory with personal experience.  Earlier this year, Jenny witnessed a near-fatal overdose as she got high with a woman she'd just met.

"I would say the scariest part to it was the fact that, like, I could've gotten in a lot of trouble and been locked away if I had called somebody to save her life," she said. 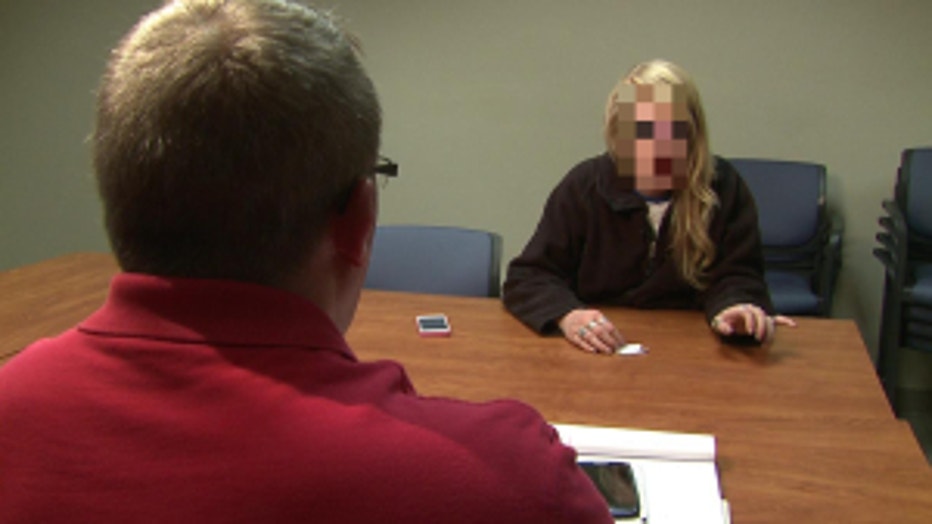 'Jenny' witnessed a near-fatal drug overdose, but chose not to call 911 for fear of getting arrested.

Instead of calling 911, Jenny called other heroin addicts for help.

And that's why the state's Drug Prevention Council wants lawmakers to pass a bill that would give drug users "limited immunity from prosecution" if they act "in good faith" to seek medical assistance for a person experiencing an overdose.

"It's not a get out of jail free card for everybody," Tikkanen said.  "All we're saying is that in that moment, that life is more important than a charge for possessing narcotics."

But just how far that immunity should go is still a point of contention.

"Our committee couldn't come to a complete consensus on the language that that law should entail," Tikkanen told the full SCAODA council at its quarterly meeting in June.

"The law enforcement side strongly felt that they should have some kind of drug court, intervention, something that is going to get them into treatment," Stokes said. 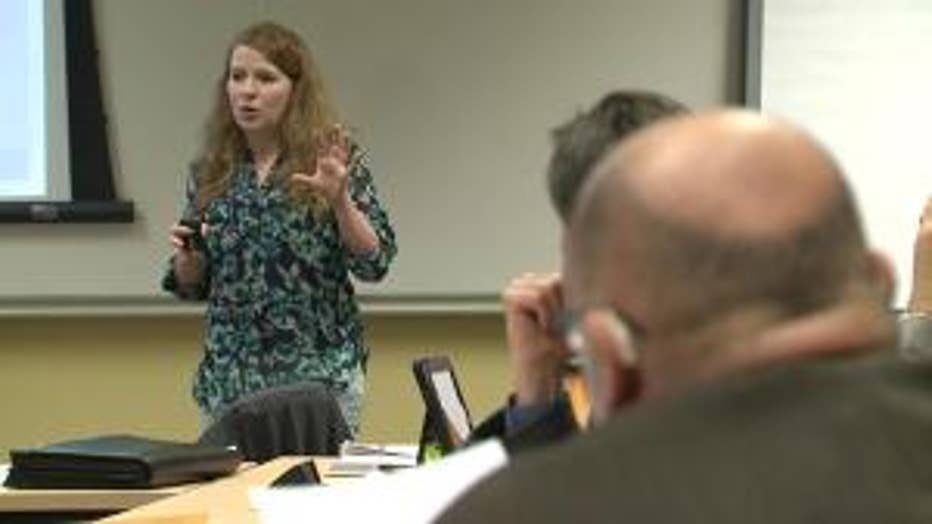 Skye Tikkanen presents the findings of the 911 Good Samaritan Committee to the State Council on Alcohol and Other Drug Abuse on June 7, 2013.

Tikkanen, who works as an AODA counselor, worries that a treatment requirement could defeat the purpose of the bill.

"We don't want you being forced to go to treatment to prevent that call to 911," Tikkanen said.

With those disagreements in mind, the committee's final report calls on state lawmakers to grant some form of "limited immunity" to encourage more drug users to call 911.

"I wouldn't want no mother to go through what I have to go through, or any other parent losing their child," Dronso said.

She knows nothing will bring her son back.  But she'd like to know why his girlfriend waited so long to call for help.

FOX 6 tracked Gille down at a duplex in Janesville.  She was home when we arrived, but she refused to come out and talk.  Instead, a man who identified himself as a friend of Gille's daughter, spoke for her.

"Do you think she was scared to call 911, because of her own involvement there?" asked 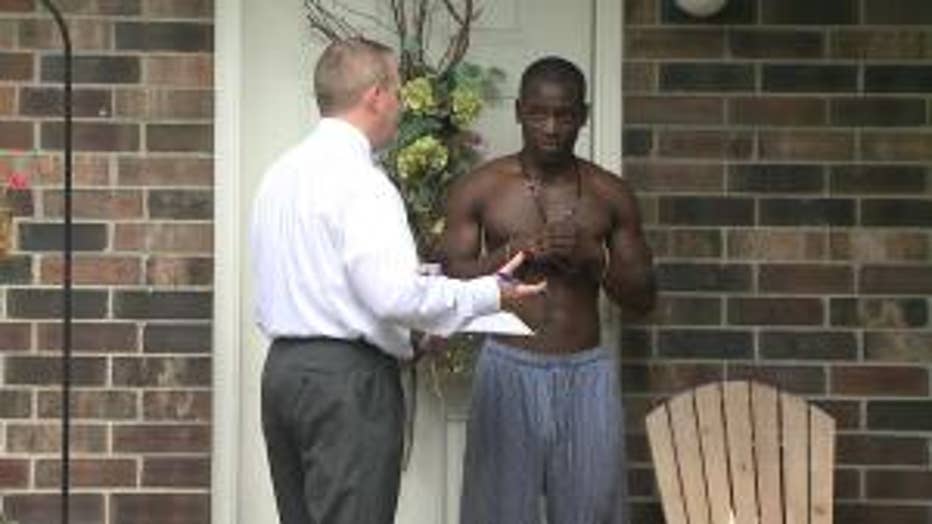 A man who described himself as a friend of Kelly Gille's daughter tells FOX6 that Gille is "afraid" to talk about what happened the night Michael Hardin died.

"Yeah, she's scared right now," the man answered.  "She don't even want to talk to y'all."

Dronso believes Gille could have saved her son's life with an earlier call for medical help.  Now, she's hoping that lawmakers will make a change that encourages others in the same position to feel comfortable calling 911.

Members of the SCAODA -- the state's Drug Prevention Council -- say they are shopping their recommendations to lawmakers, but have not yet found a specific lawmaker to sponsor at 911 Good Samaritan bill.