Most Wisconsin nurses struggling with alcohol and drug addiction do not seek treatment. One former drug-stealing nurse aims to change that.

HALES CORNERS, Wis. - Wisconsin's nurses are stressed out. Some are turning to drugs and alcohol to cope. But where do they turn when they're ready to get help?

A FOX6 Investigation finds most healthcare workers struggling with addiction do not seek treatment until they are caught stealing drugs on the job. The U.S. Drug Enforcement Administration calls it "diversion" because it diverts drugs from their intended recipients, putting patients at risk.

That's what Kristin Waite-Labott did nearly two decades ago.

"It just occurred to me that we waste a lot of really good drugs," she said.

In the year 2000, Waite-Labott was a registered nurse at Children's Wisconsin. She started stealing morphine and fentanyl intended for the hospital's young patients – and taking the medications herself.

"Every time I did that, it was going to be the last time," she said. "But, of course, I always did it again."

She got away with it for four years until the hospital, finally, caught on. 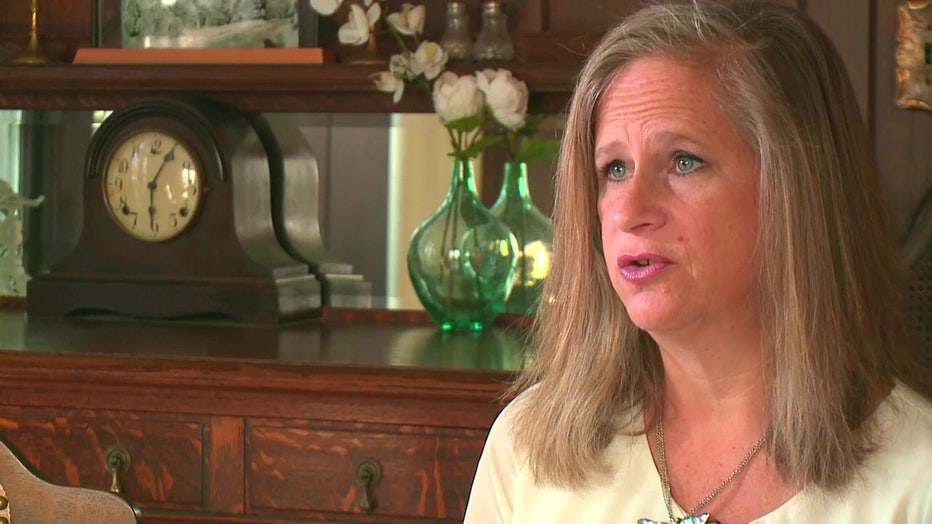 Kristin-Waite Labott was convicted of stealing drugs on the job in 2004 and 2005. Now she's asking the state to refer drug-addicted nurses to WisPAN, her non-profit peer support network.

Waite-Labott was charged with multiple felonies, spent four months in jail, and the state suspended her nursing license indefinitely. Then, one night, she turned on the local news.

"My mugshot popped up on TV," she recalled.

It was a FOX6 Investigation of drug-addicted nurses and Kristin Waite's police booking photo appeared on the screen in front of her.

That was 2006. Sixteen years later, Waite-Labott is making a pitch to the Wisconsin Board of Nursing – the same disciplinary board that once suspended her license.

"Our vision is that all nurses in Wisconsin will have access to peer support when they need it," Waite-Labott told the board in a virtual meeting in January. That same month, the IRS granted non-profit status to the Wisconsin Peer Alliance for Nurses – or WISPAN. It's a support network for healthcare workers struggling with substance abuse, founded by Waite-Labott.

"Peer support is not therapy," Waite-Labott said. "It’s not counseling. It’s not treatment. It’s merely a person with lived experience sharing that experience with someone who is new." 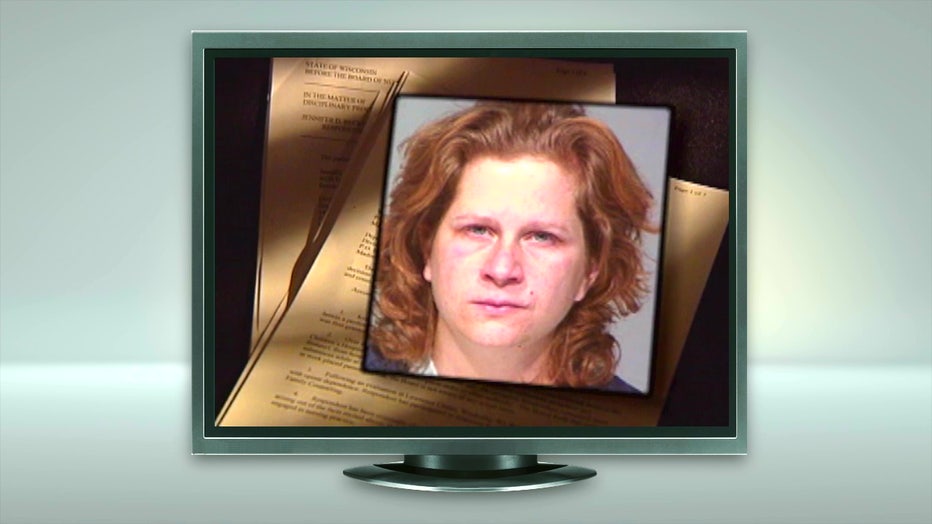 In 2006, Waite-Labott was watching FOX6 News when her booking photo appeared.

Perhaps most important to a licensed professional – it's confidential.

"I still have a valid nursing license. I’m not working. But I could be," he said.

David heard about WisPAN from a friend.

"It’s like trying to drive somewhere with a map rather than without a map," he said.

Melissa Owens says she was lost.

"It felt so bleak, I didn’t know where I could go," said Owens, who got caught stealing vials of fentanyl from a Madison hospital in 2015.

Prior to the hospital's discovery, Owens said she knew she had a problem.

"I had wanted to get help for this long before I got caught diverting," she said. "I just didn’t know how."

In a plea for help, she told her primary doctor she was taking her own pain pills – prescribed for migraines – too often. She then called a confidential helpline offered by the Wisconsin Nurses Association.

"I never heard back," she said.

The one thing Owens did not do was report herself to the state. 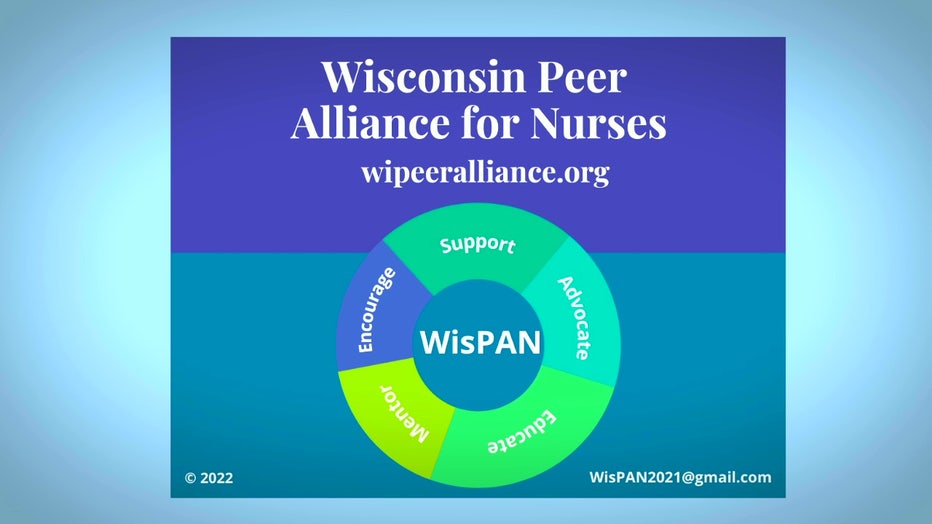 The Wisconsin Peer Alliance for Nurses is a 501(c)3 non-profit created to assist nurses with substance abuse issues as they seek treatment or navigate the disciplinary process.

"I had to give narcotics, so if I willingly say I have a problem," she explained,"I’m not going to be able to keep that job."

And that, she said, is keeping many nurses from seeking help, which could put you or your family in danger.

"Nobody wants to be that person," said Owen, referring to a nurse who puts a patient in harm's way. "That’s the addiction."

In 2021, the Wisconsin Department of Safety and Professional Services disciplined 60 nurses for diverting drugs like fentanyl, oxycodone, Norco, lorazepam, and gabapentin. The department found another 16 had been drunk or high on the job.

"It’s the other thousands that we don’t know about that I’m worried about," Owens said.

According to federal surveys, nearly 6% of healthcare workers in America have a substance use disorder. That's less than the general population. However, with more than 90,000 actively licensed nurses in Wisconsin, it still means more than 5,000 may be struggling with substance abuse – and that was before the pandemic.

"Nurses are burned out," Owens said. "Nurses are leaving the profession."

The State of Wisconsin has its own confidential program for licensed professionals dealing with alcohol or drug abuse issues. It's known as the Professional Assistance Procedure, or PAP.

As of January, 39 nurses were actively enrolled.

"I don’t think that’s a very good number," Owens said. "I think it should be higher than that."

To sign up for the PAP, a healthcare worker has to jump through a series of hoops, which includes getting a formal drug and alcohol assessment, securing a letter from a work supervisor, and submitting all of it to the same agency that oversees a nurse's license.

"It is an extremely intimidating process," Waite-Labott said,"to try and reach out to the nursing board and say, ‘Hey, I’m struggling with substances and I need help."

"That was the piece that kept me from getting the help I needed," Owens said.

WisPAN is a private non-profit with no direct connection to the state. Waite-Labott says her goal is to give addicted healthcare professionals hope, as well as help navigate the treacherous journey ahead of them.

Seventeen years after Waite-Labott was convicted of stealing drugs on the job, Governor Tony Evers says she has "paid her debt to society." The Governor commended her for "staying clean" and for helping other professionals address addiction.

On April 21st, the Governor granted Waite-Labott a full and unconditional pardon.

Both Waite-Labott and Owens have had their nursing licenses fully reinstated.