Video by the Wildlife Conservation Society shows how scientists use drones to estimate adult turtle numbers in the western Amazon basin – considered to be the largest aggregation of nesting turtles on the planet.

Between mid-December and early January, millions of baby river turtles emerged from the sandy beaches of the Amazon’s Guaporé/Inténez River.

Located along the border between Brazil and Bolivia, this stretch of river beaches is home to the largest aggregation of nesting turtles in the world.

WHAT ARE COLD-STUNNED SEA TURTLES? 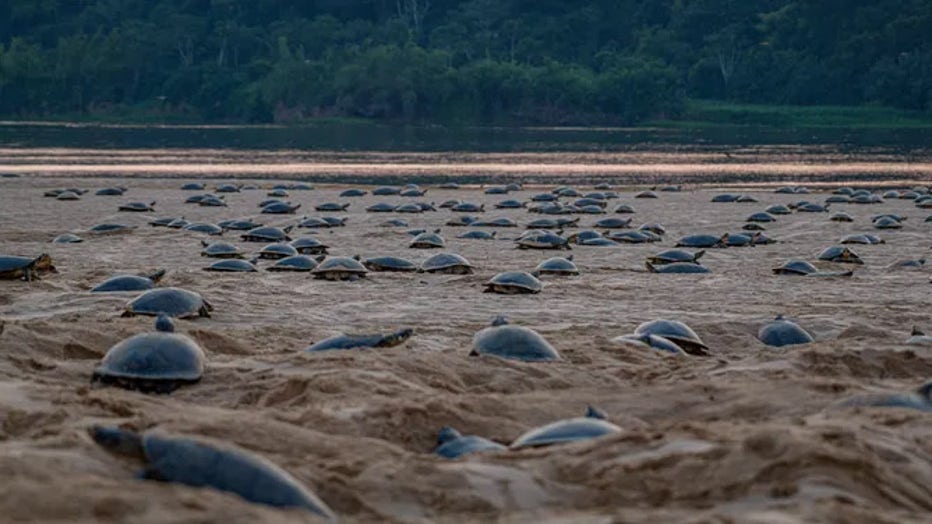 The reptiles are giant South American river turtles. With adults reaching 3½ feet long and weighing 200 pounds, they are the largest freshwater turtle species in Latin America.

Nesting for the turtles began in late September when approximately 80,000 adult female turtles gathered on the river beaches along the river. 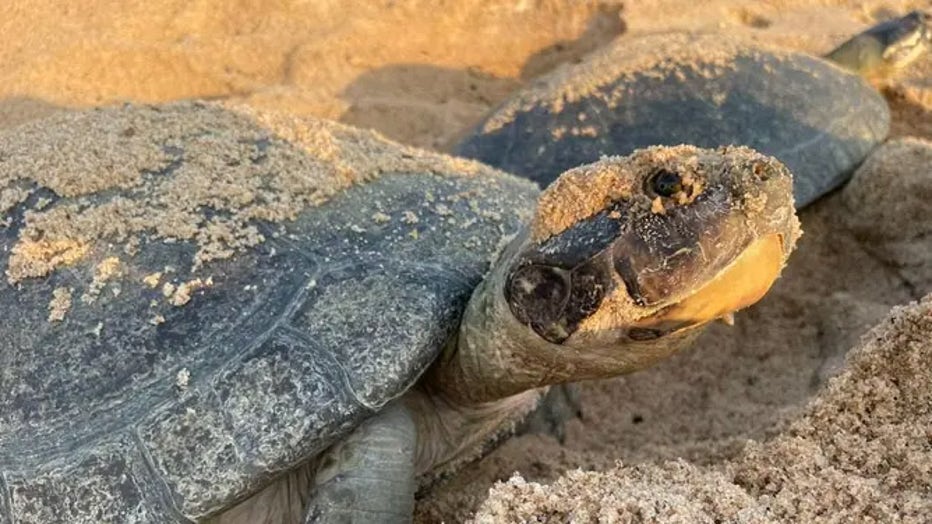 Adult female turtles burrow themselves into the sand to lay their eggs along the Guaporé/Inténez River. (Camilla Ferrara / Wildlife Conservation Society)

WCS spearheads conservation efforts, including those to protect the river turtles.

WATCH: 26 REHABILITATED SEA TURTLES RELEASED BACK INTO THE ATLANTIC

About three months after the females lay their eggs and then depart, their baby turtles hatch within a period of a few weeks.

When they do, the sandy river beaches become covered in millions of tiny shells scurrying toward the river’s edge. 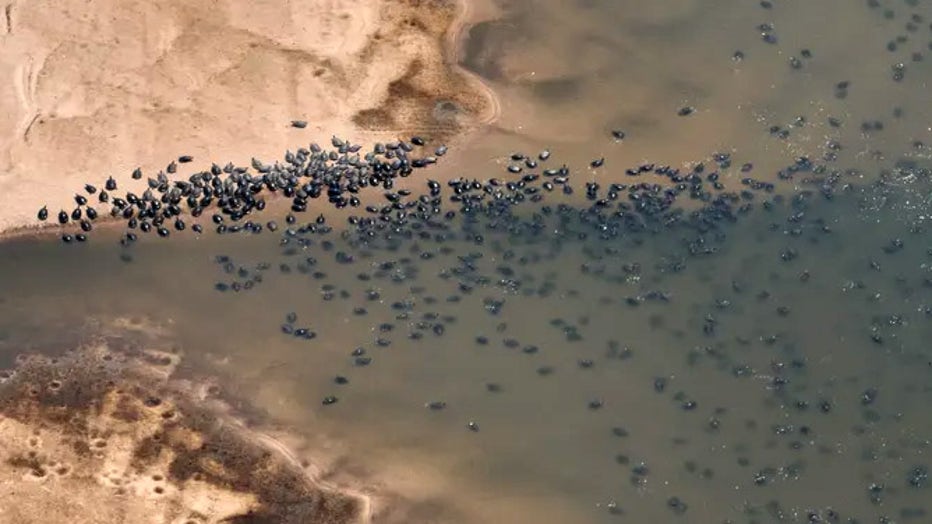 WCS worked with conservation partner Ecovale to capture part of this event, recording hundreds of thousands of baby turtles hatching along the beaches.

"It is visually stunning but also extremely important ecologically to the western Amazon ecosystem," Ferrara said. 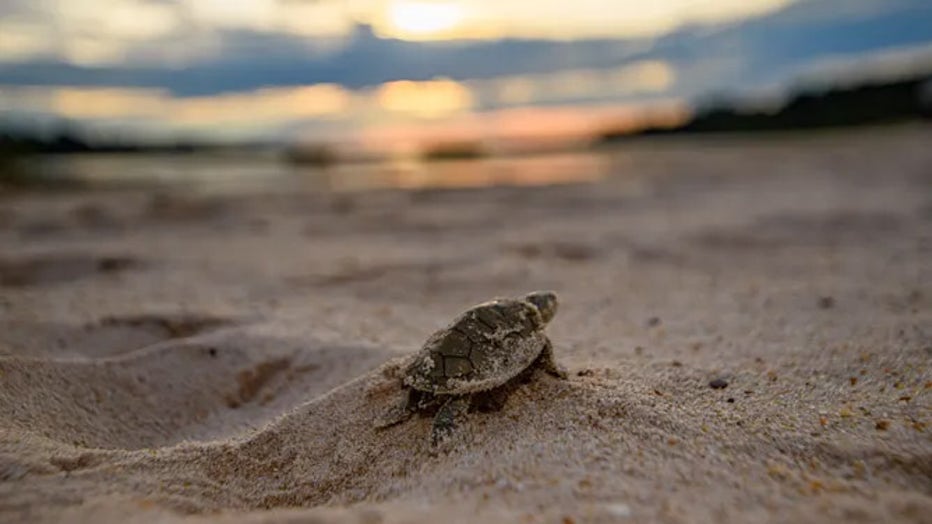 According to WCS, the turtles play an important ecological role by dispersing seeds that eventually help regenerate vegetation along river corridors. The turtles also make a significant contribution of biomass to the food web of the river.

LINK: GET UPDATES ON THIS STORY FROM FOXWEATHER.COM