MILWAUKEE - In September, MPD said it had issued more than 14,000 citations in 2021 to curb reckless driving. But the problems continue – and one instance made rounds online.

A driver seemingly tried to goad Milwaukee police officers into giving chase as the officers sat and waited on a tow truck to remove a recently-stolen vehicle Sunday, Oct. 24 near 31st and Courtland.

Officers were waiting for a tow and could not leave the scene without risking the vehicle being driven off, officials said. At that time, the driver of another vehicle attempted to engage the officers by driving recklessly. The officers immediately requested for a second squad to address the reckless auto; however, when the second squad arrived the vehicle was no longer in the area.

Milwaukee police are seeking that driver. Anyone with any information on this incident is urged to contact Milwaukee police at 414-935-7252; to remain anonymous, call Crime Stoppers at 414-224-TIPS or use the P3 app. 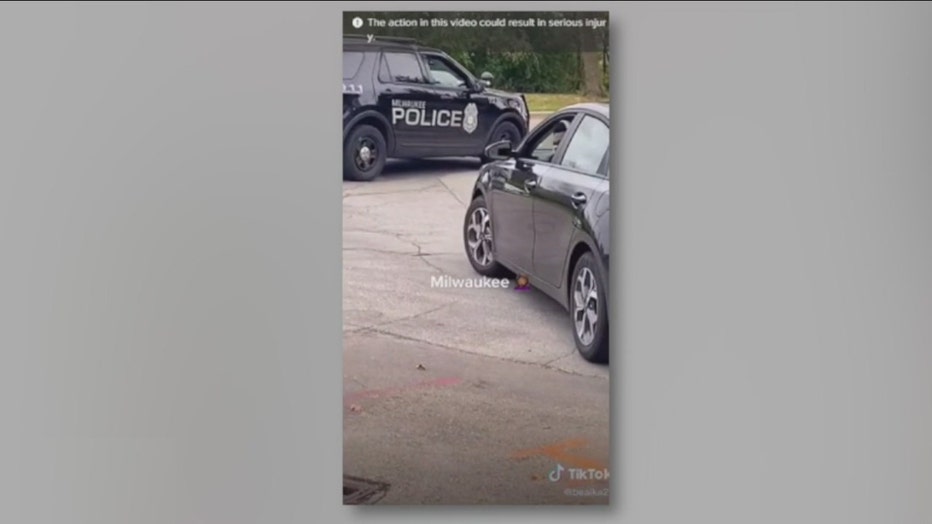 The meeting will be held at Mt. Lebanon Church near 60th and Hampton where, in August, two people were killed when their car was struck by a reckless driver.

The crash happened in the blink of an eye. Devante Gaines, 22, and Jerrold Wellinger were killed. The striking car was involved in a street race, prosecutors said.

"They were just beginning their lives, and because of reckless driving, they cannot start their lives. Their lives are ended," said Julie Wellinger, Jerrold's mother. 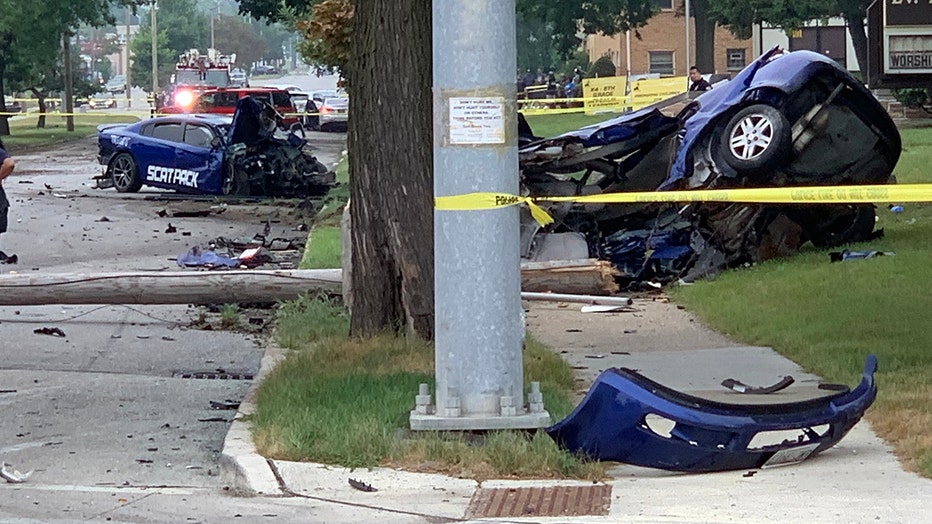 Crash scene near 60th and Hampton in Milwaukee

Pastor Nate Bourman of Mt. Lebanon church was among the first at the scene.

"Pastor Paul and I were getting ready for church on a Saturday night," said Bourman with Mt. Lebanon. "There’s personal connection now – so that, for us, was really the driving force."

"I think we have to work on all fronts," said State Rep. David Bowen (D-Milwaukee).
"We have to use policy, we have to use efforts to engage the community to allow them to be a part of the reporting process to get these vehicles off the road."

Myers announced plans to reintroduce the Red Light Camera Bill as a legislative option to help curb the problem.

"We have to do things from a holistic approach. This is not going to happen overnight, but it is a step in the right direction," Myers said.

Bourman said he hopes the meeting is the first of many steps to come up with a solution for safer streets.

Milwaukee mother, friend killed blocks from each other, reward offered

A Milwaukee family wants to know who killed their daughter and her friend. The 39-year-old woman's body was discovered at 15th and Fiebrantz. Her friend's body was found a couple of blocks away.