MILWAUKEE -- The Milwaukee Department of Public Works (DPW) announced on Friday, May 17 that the South 1st Street Bascule Bridge over the Kinnickinnic River will be closed entirely to vehicular traffic from 6 a.m. to 4 p.m. on Monday, May 20 and Tuesday, May 21 -- weather permitting.

The work being done a the location consists of installing a new fiber optic cable connection for the remote operation of the bridge. The detour is only limited to vehicular traffic; pedestrian access will be unaffected by the work. 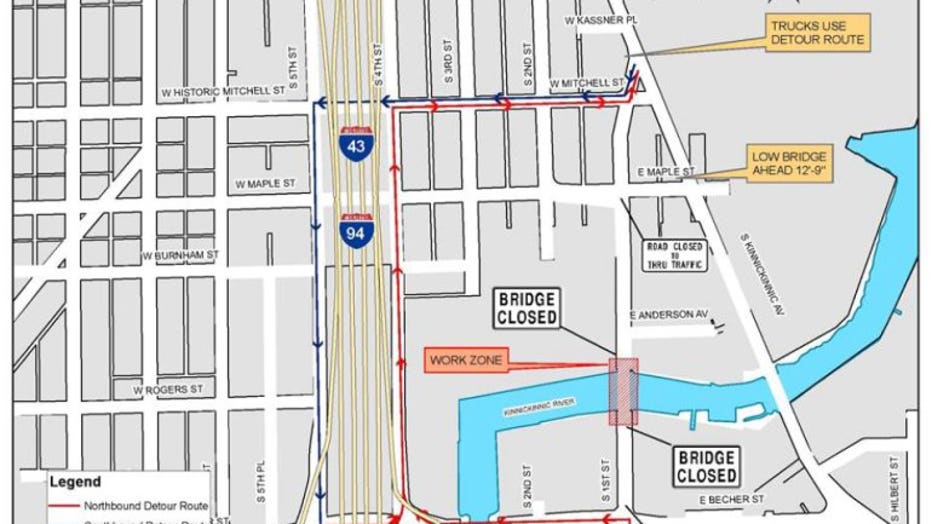