KANSASVILLE -- A driver was seriously hurt in a crash involving a sedan and an RV in Kansasville in Racine County on Sunday afternoon, June 10.

It happened shortly before 3 pm. at the intersection of Highway 20 and Raynor Avenue.

Sheriff's officials said a preliminary investigation has revealed the southbound sedan failed to yield the right-of-way from the stop sign and was struck on the driver's side by the westbound RV towing a sedan.

The driver of the sedan was trapped in his vehicle and was extricated by Kansasville Fire and Rescue. He was taken to Wheaton Franciscan Ascension Hospital, where he was stabilized, and then transported to Froedtert Hospital for treatment of serious traumatic injuries.

The driver of the RV sustained minor injuries and refused rescue. The RV's passenger wasn't hurt.

The investigation is ongoing. Sheriff's officials said alcohol and drugs are not suspected as having been a contributing factor in this crash.

The intersection was closed for approximately three hours while this crash was investigated. 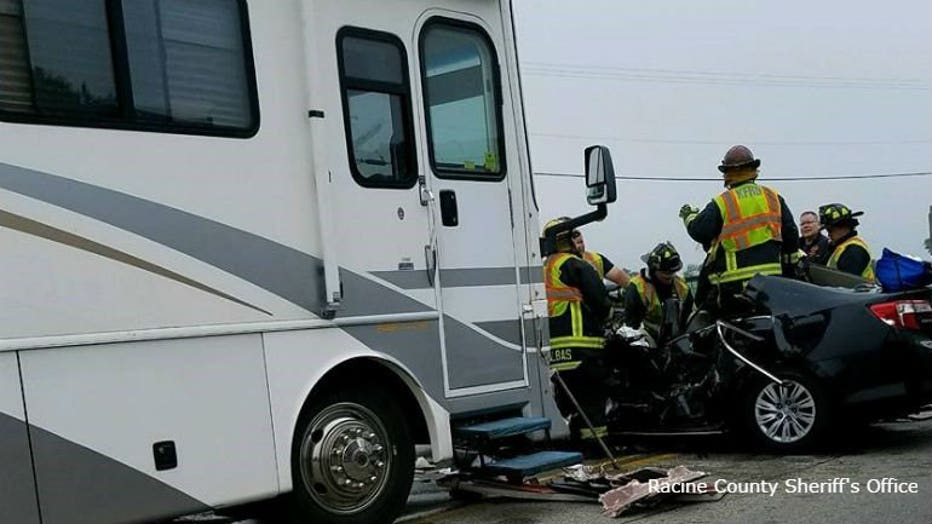