According to officials, the Sheriff’s Office received a cell 911 call from a concerned motorist about a northbound black pickup truck on I-41 near State Highway 60 that was "all over the road." 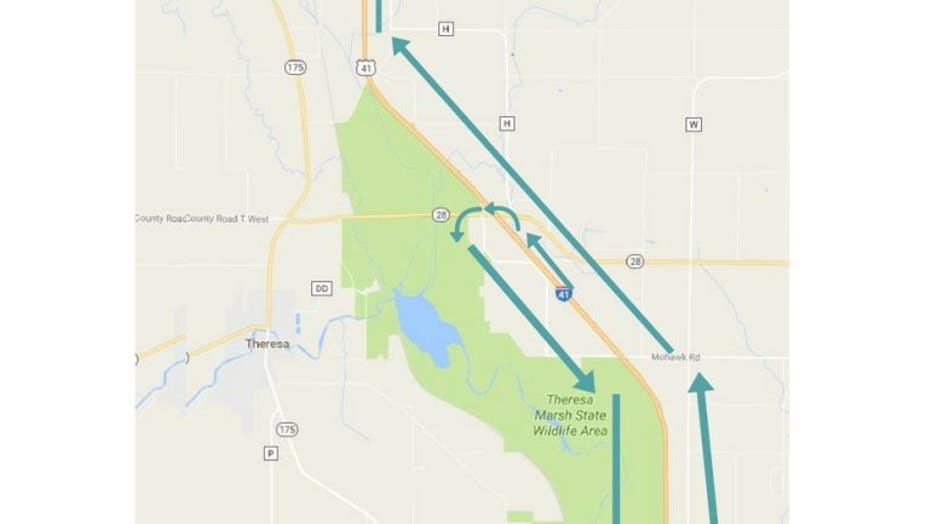 Officials say the driver exited the interstate at State Highway 28 and then turned around and proceeded back south on I-41. The vehicle continued southbound on I-41 at speeds ranging from 100 m.p.h. to as slow as 35 m.p.h. striking another construction barrel as well sideswiping a temporary concrete wall twice in the construction zone.

According to officials, the suspect then exited County Trunk D and “brake checked” the deputy on the off ramp.

Once on County Trunk D, the suspect stopped in the middle of the road and waited for the deputy to exit his squad car before fleeing again back northbound on I-41.

The vehicle continued at highway speeds until exiting at State Highway 67 in Lomira and proceeded into a residential area.

Both the Dodge County Sheriff’s Office as well as the Lomira Police Department assisted in this case.

The suspect remains in custody of the Washington County Sheriff’s Office.