MILWAUKEE -- Milwaukee police and fire crews are on the scene of a single-vehicle wreck near Alois and State in Milwaukee. One person was hurt -- and taken to a hospital for treatment. He later died as a result of his injuries.

Milwaukee Battalion Chief Dan Lipski said the vehicle left the road at a high rate of speed on Tuesday evening, Oct. 1. It rolled down a hill and became wedged between a tree stump and a tree. The driver was trapped. 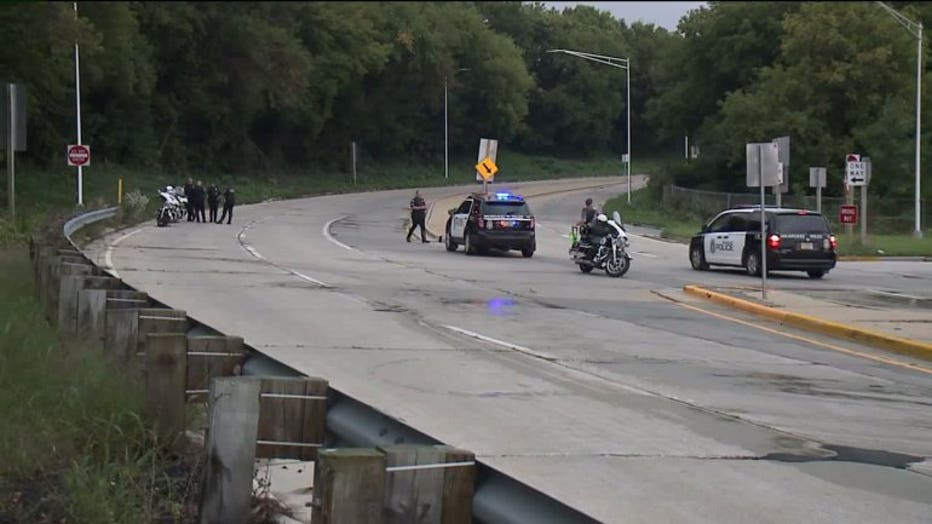 Crash near Alois and State, Milwaukee

"The vehicle definitely left the road at a high enough rate of speed to fly down the hill and impale itself, entrapping the victim between the tree trunk and the rest of the vehicle which had crumpled around the victim," Chief Lipski said. "The greatest challenge was working on a slippery slope of mud. The vehicle came to rest, where the vehicle itself, the roof of the vehicle was about six feet above the ground. And the back wheels of the vehicle were on the hill."

Officials initially called Flight for Life. But because it was going to take too long for the helicopter to arrive, paramedics transported the victim to the hospital.

A 38-year-old man was taken to Froedtert Hospital for Medical treatment where he died as a result of his injuries.