RACINE COUNTY -- A driver was cited after a crash involving two Jeep Grand Cherokees in the Village of Raymond in Racine County Tuesday evening, Sept. 3.

It happened around 6 p.m. near 76th Street and Highway G.

Sheriff's officials said the first arriving deputies found an overturned vehicle with significant roof damage. Two people were trapped inside -- conscious, breathing, and talking with first responders. They were extricated from the vehicle, and taken to a hospital.

The occupants of the second vehicle were also taken to the hospital.

Sheriff's officials said a preliminary investigation revealed a gray Jeep Grand Cherokee pulling a small wooden trailer was stopped at the stop sign on Highway G at 76th Street, which proceeded westbound into the intersection -- crossing the path of another Jeep Grand Cherokee which had the right-of-way -- traveling northbound on 76th Street.

The operator of the gray Jeep received a citation for failure to yield the right-of-way from a stop sign. 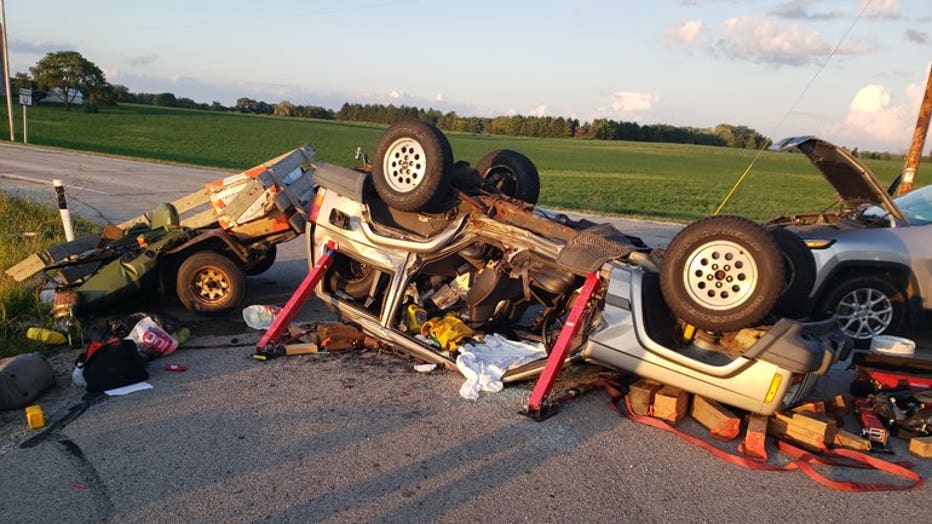