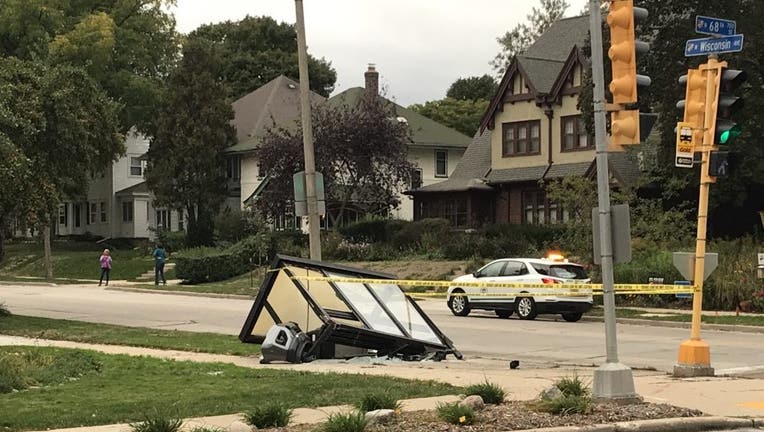 WAUWATOSA, Wis. - Three people were hurt when a driver blew a red light and struck an SUV near 68th Street and Wisconsin Avenue in Wauwatosa Tuesday, Sept. 29.

Police said the striking sedan was headed westbound on Wisconsin and hit the SUV headed southbound on 68th Street.

The impact forced the SUV into a bus shelter.

The driver of the sedan and two passengers were taken to the hospital for treatment of minor injuries.

The driver of the SUV declined transport.

There were no other injuries, and police said there was no one waiting at the bus stop at the time of the crash.