MILWAUKEE -- The Hop, Milwaukee's streetcar, derailed on Monday, Jan. 13 near Broadway Street and St. Paul Avenue in an incident that began with a vehicle blocking the streetcar's route. Officials said the derailment happened when the streetcar backed up to go a different way.

It was back to business as usual Tuesday, but many riders were still talking about what happened Monday evening. 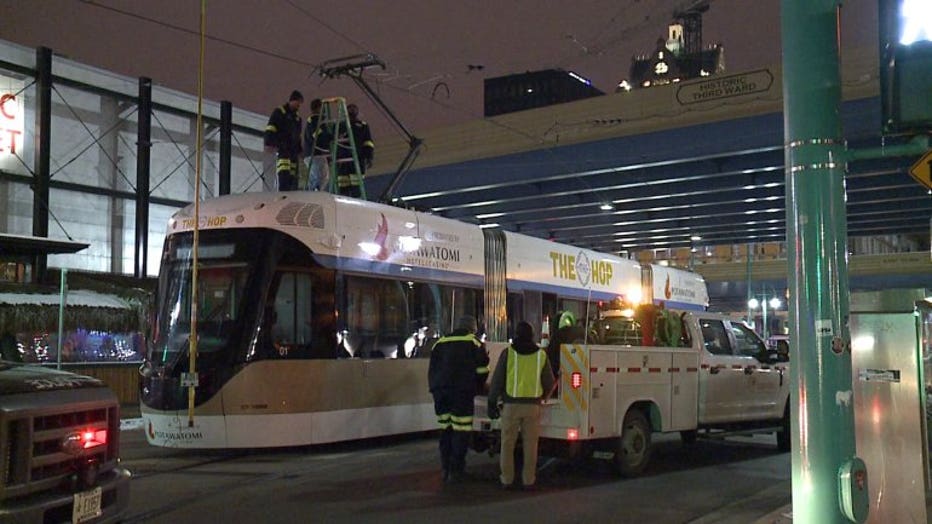 It happened in Milwaukee's Third Ward. Officials said a contact wire got hooked under the arm that extends from the roof of the streetcar.

"It was bound to happen at some point," said Herber. 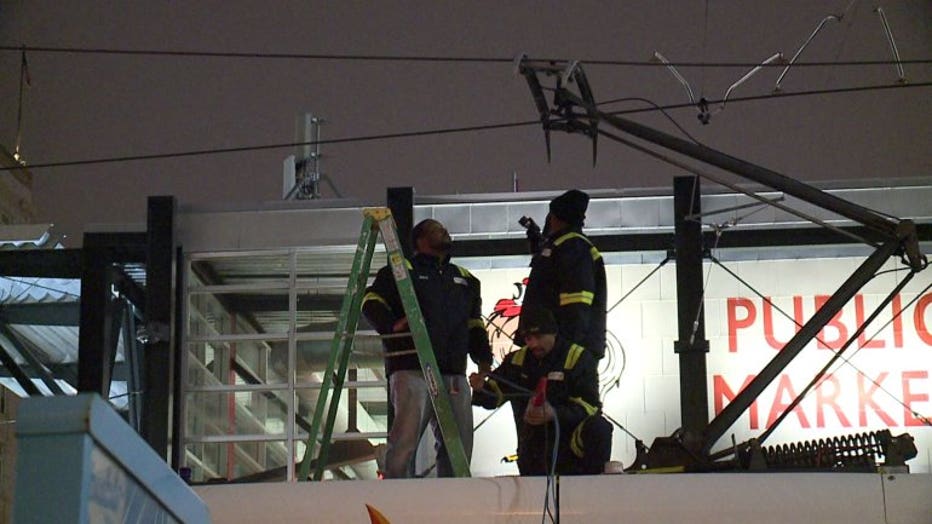 The wires were fixed, and the Hop was put back on track around 7 p.m.

Crews were out for routine cleaning of the tracks Tuesday morning -- with service back to normal. 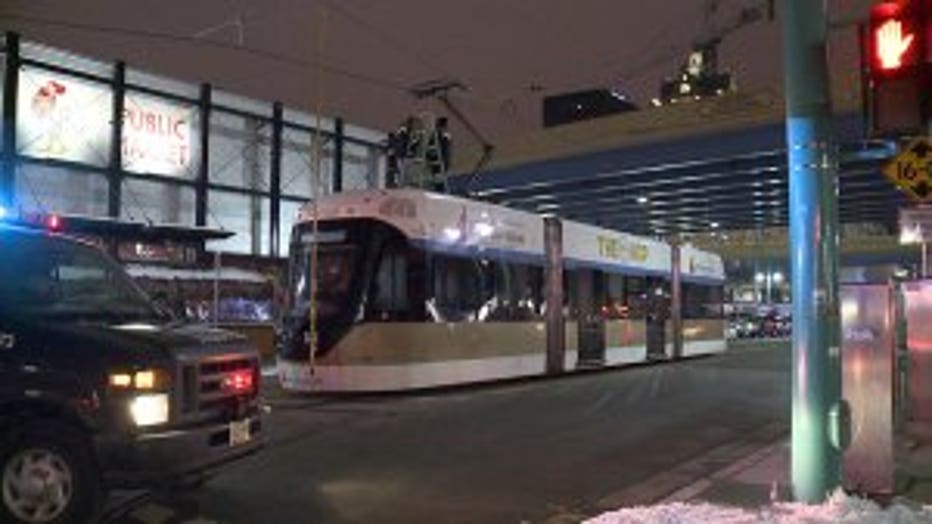 A spokesman with the City of Milwaukee Department of Public Works issued this statement about the incident:

"At approximately 4:30 p.m. Monday, a southbound streetcar went partially off the track on Broadway at St. Paul Ave. at the switch while attempting to reroute to eastbound St. Paul Ave. to avoid an automobile blocking the guideway on westbound St. Paul Ave. While reversing the streetcar to return the streetcar to the tracks, the contact wire got hooked under the pantograph. Service was interrupted while a crew de-energized the wires, deployed a bucket truck to safely access the point of contact, and ultimately return the vehicle back on the track. All passengers had been safely deboarded. Service resumed shortly after 7 p.m. The operating procedures are currently being evaluated and any corrections will be made before rerouting at this location again."

Meanwhile, regular riders said they were happy it was an easy fix.

"I use it to go places when I don't want to take the bus," said Herber. "I use it for traveling to lunch and stuff like that." 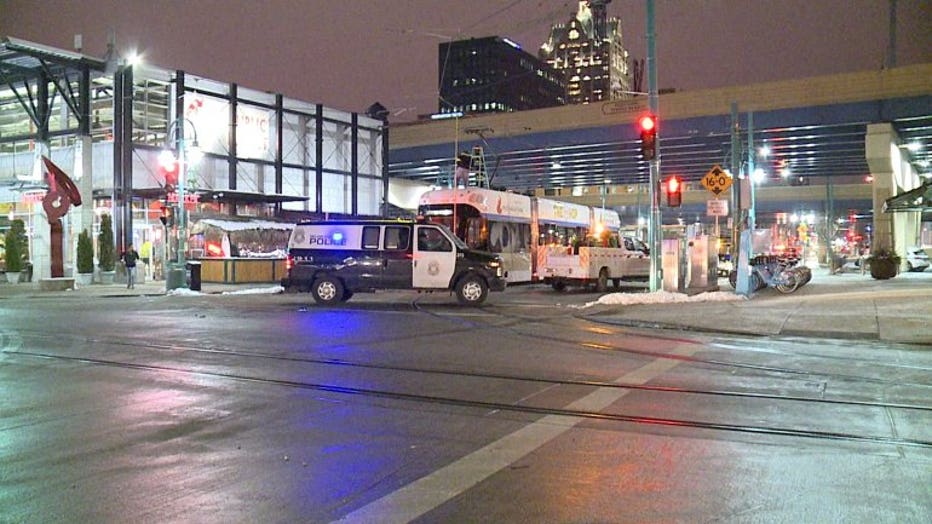 There were delays Tuesday morning on The Hop, but officials said that had nothing to do with Monday's derailment.