MILWAUKEE -- Sargento expanded its partnership with the Hunger Task Force during the Milwaukee Brewers' 2019 season.

The company will donate $200 to the Hunger Task Force for every double the Brewers hit in any game during the season. In 2018, the donations were only for games at Miller Park.

Christian Yelich, the 2018 National League MVP was on hand for the announcement.

"I really think we're going to be able to do a lot of great things, not only around the city, but the state, and we're just excited to help people out. It's a great cause and hopefully myself and my teammates can do our part to help people and try and raise as much money as we can," said Yelich. 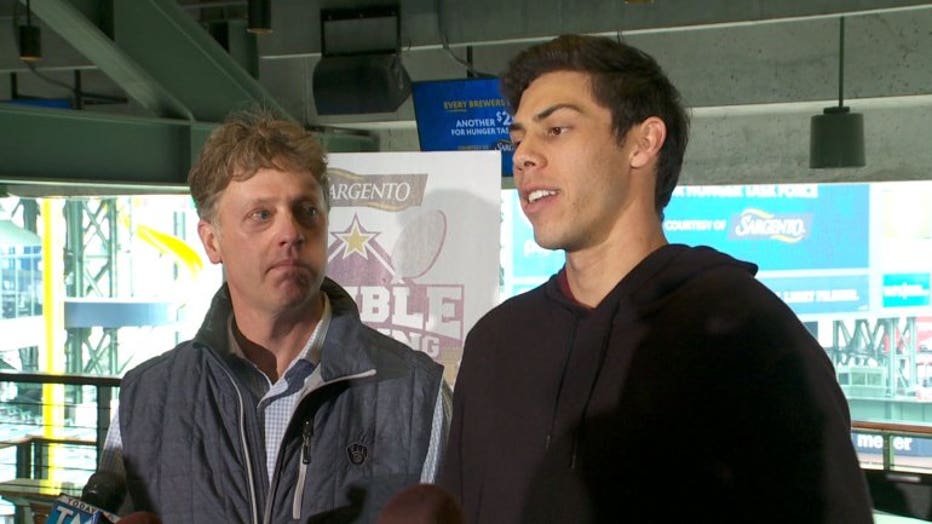 In 2018, Sargento donated $24,000 to Hunger Task Force for the "double helping for Hunger" initiative.