STURGEON BAY, Wis. - The Door County Candle Company set a big goal ahead of Ukrainian Independence Day Aug. 24. The owner started selling yellow and blue candles in February and has been met with huge support.

Christiana Trapani thought she'd only sell a few hundred. As of Wednesday, Aug. 17, she's sold more than 75,000 candles, raising more than $700,000. She's hoping to meet a new $1 million goal to show her continued support for the war-torn country.

At the Door County Candle Company in Sturgeon Bay, passion is in the product. 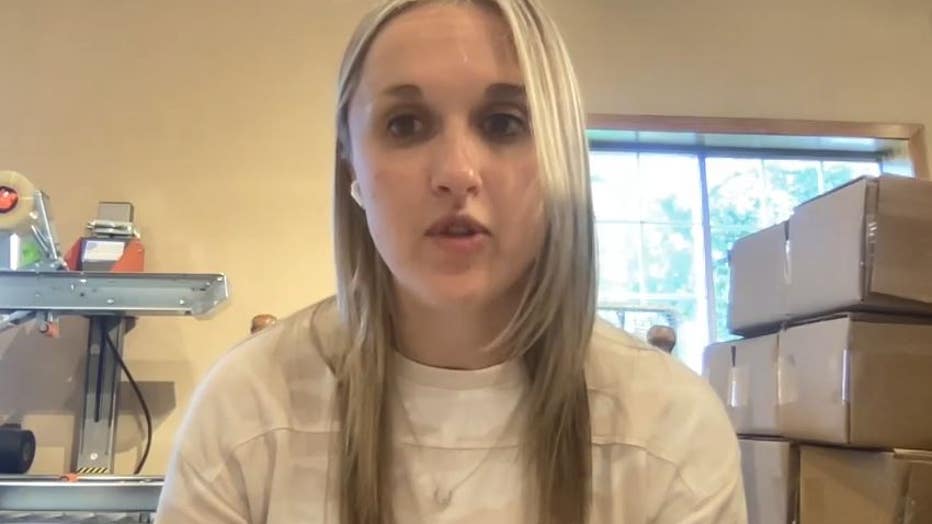 "It’s not about the candle," said Trapani. "It’s about what the candle means."

For seven months, Trapani and her team have been making special blue and yellow candles sold to help the people in war-torn Ukraine.

"Every single one of them just means so much," said Trapani. "I think that it’s really bringing people together during this war that is still horrible and is still going on." 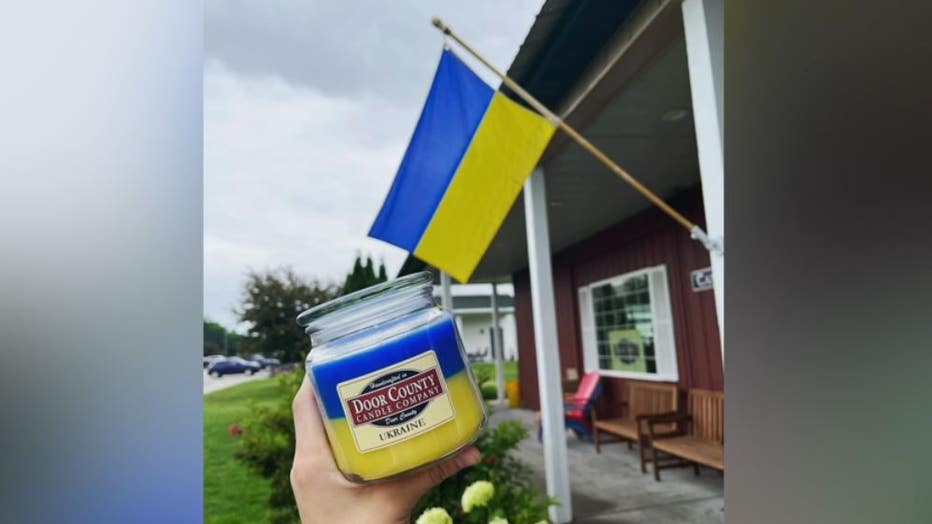 Trapani is Ukrainian American, with family still in the country. She started selling the Ukraine candles in February, with a modest goal of $5,000 for the Razom organization. She quickly smashed that goal.

"We’re talking about such large numbers, the donation of $700,000. That is just unbelievable," said Trapani. "I still can’t believe it."

Trapani now wants to top that, hoping to raise $300,000 more to get to $1 million dollars ahead of Ukrainian Independence Day Aug. 24. 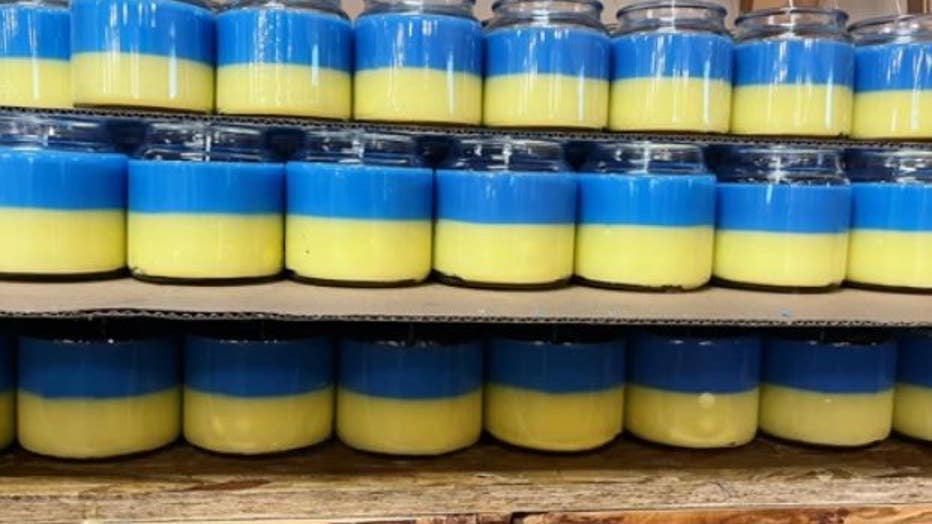 "It would be very sentimental and symbolic," said Trapani. "This candle is such a beautiful sign of hope and unity."

One-hundred percent of the profits from the Ukraine candles go to the Razom organization that is helping with relief efforts.

The candles can be purchased at the store or online.