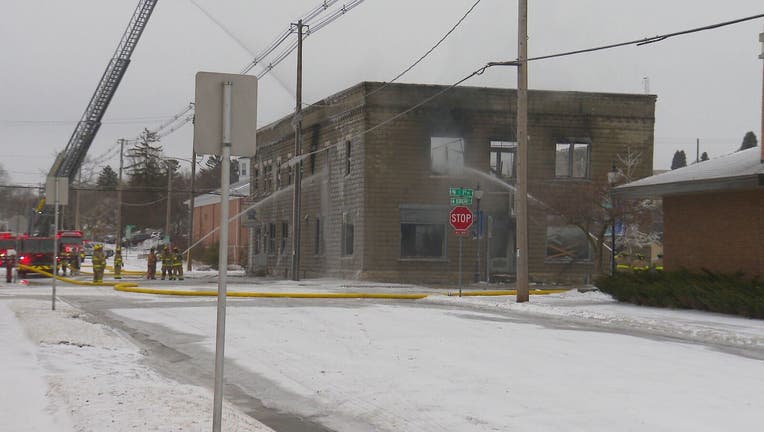 STURGEON BAY, Wis. - A body has been found in the rubble of a Sturgeon Bay bar that burned early Tuesday, police said.

Investigators were still trying to determine the whereabouts of one other individual who was still unaccounted for after a blaze broke out at Butch's Bar, Assistant Police Chief Dan Brinkman said in a statement.

Brinkman said the roof and second floor of the building had collapsed, compromising the integrity of the structure and making it difficult to search further.

The victim whose body was discovered in the charred rubble has not been identified. 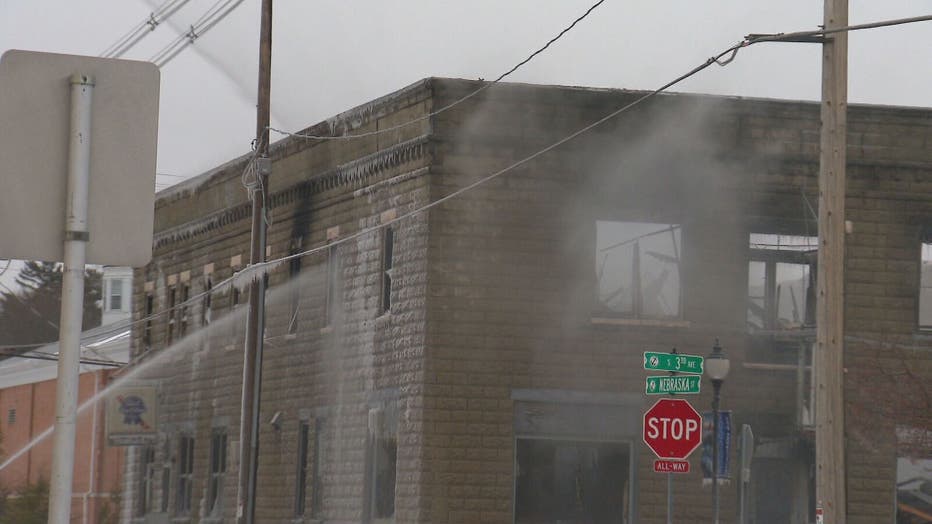 Firefighters were called to the bar about 3:40 a.m. All nine mainland fire departments on the Door County Peninsula responded and fought the raging fire in frigid conditions.

Several streets around the fire were closed, but businesses were open and could be reached by foot.

The cause of the fire is under investigation by state and local officials.

Crash in Grafton: Semi, car collide on I-43 off-ramp

One person was transported to the hospital Tuesday morning, Feb. 22 following a crash involving a car and a semi in Grafton. I

A Ring video camera captured a salter in Stoughton sliding on the extremely icy conditions on roadways there Tuesday morning, Feb. 22.