"I talked to somebody who was tailgating. He answered the phone 'solid Republican ticket. Thank you. Bye bye!'" Patty Reiman said. 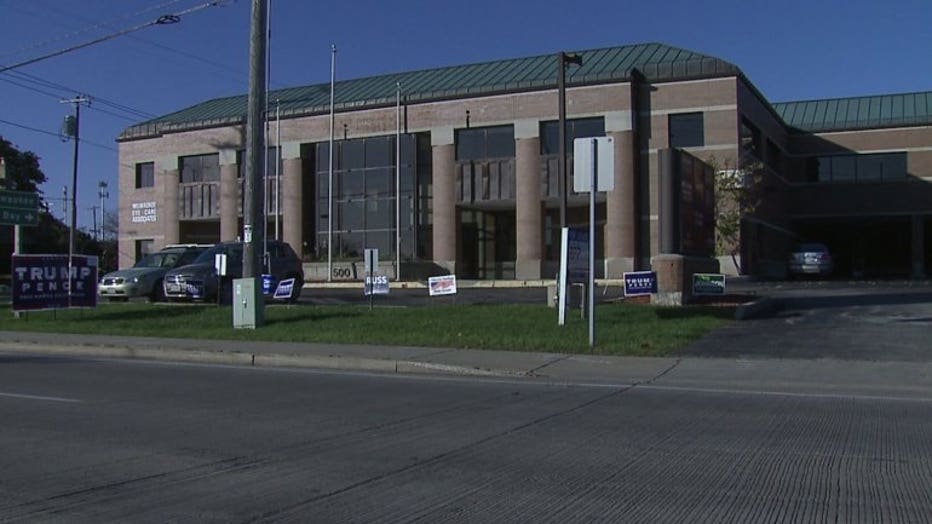 GOP volunteers worked to make sure everyone heads to the polls on November 8th. 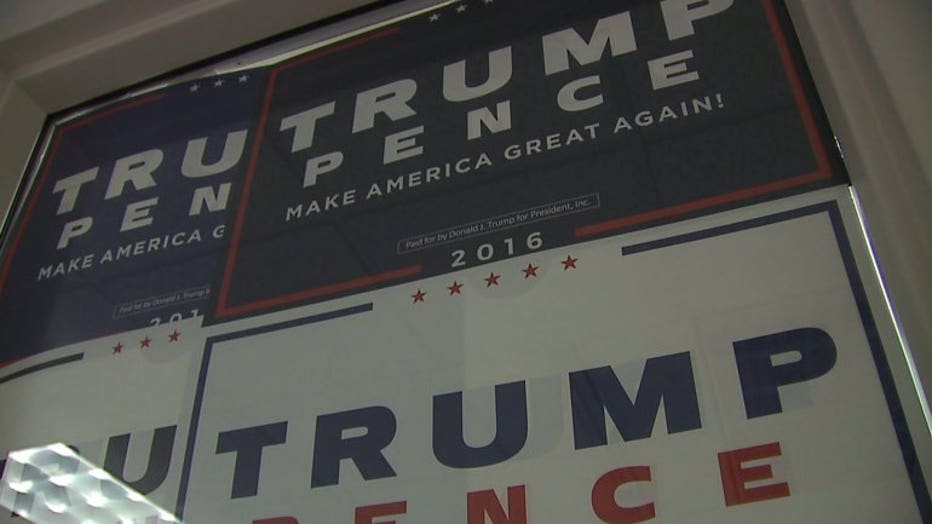 "We are going to make sure we get our voters out to vote. We have a great ground game here in Wisconsin," Reiman said. 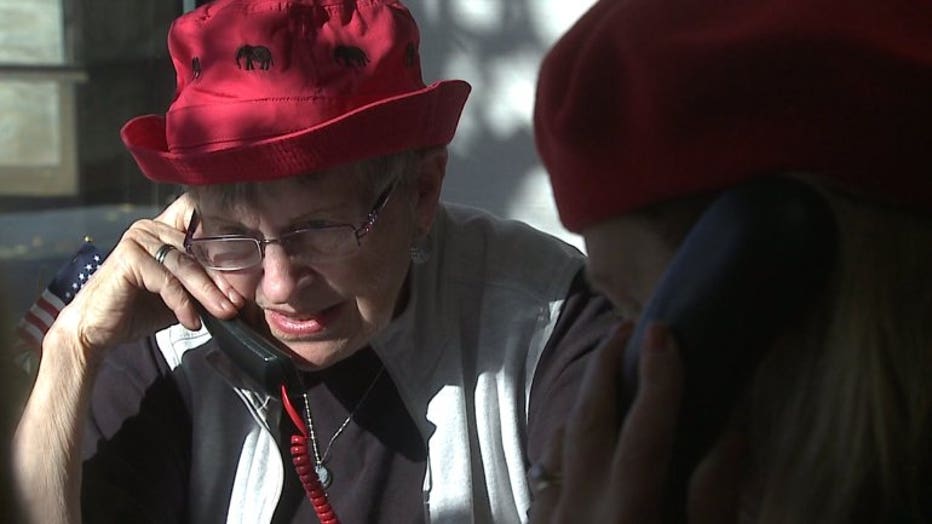 On Sunday, the election was just 48 hours away!

"We're going to be knocking on the doors, making the phone calls and talking to neighbors," a GOP volunteer said. 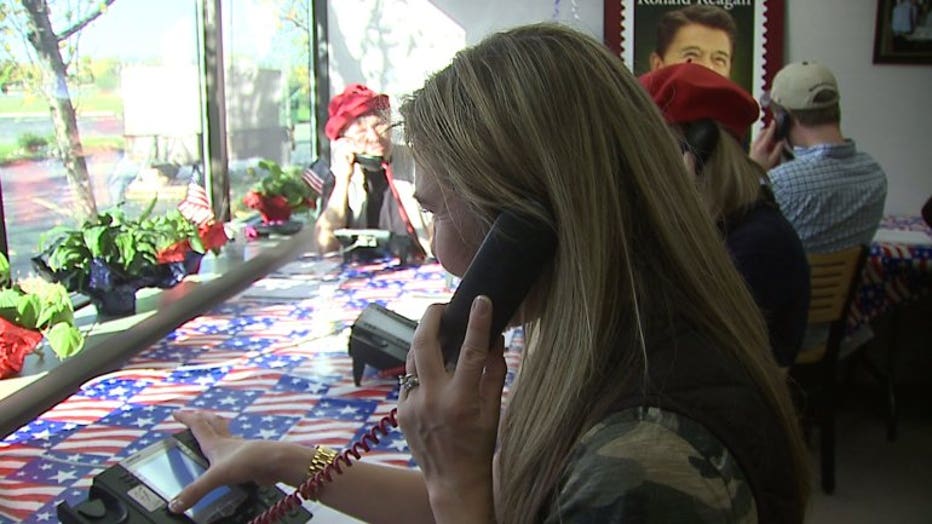 On Tuesday, November 8th, we'll find out who will be the next president of the United States. 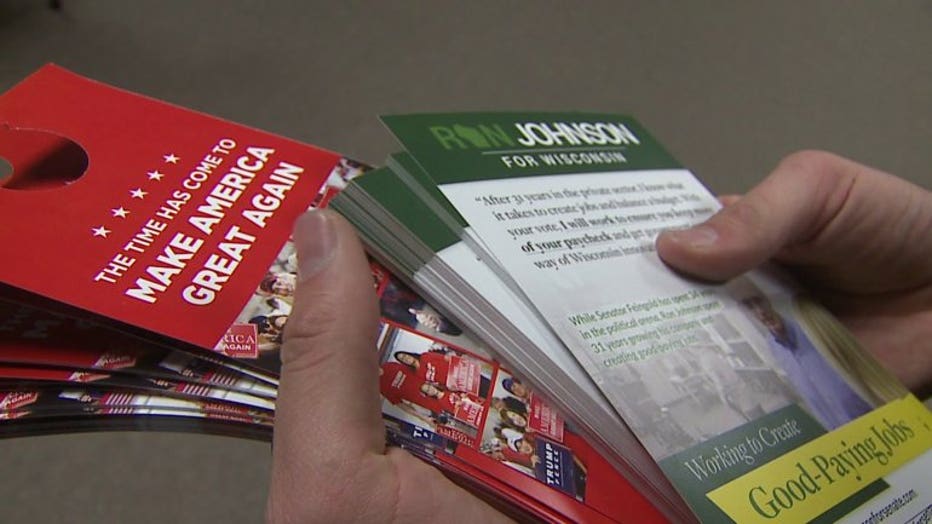 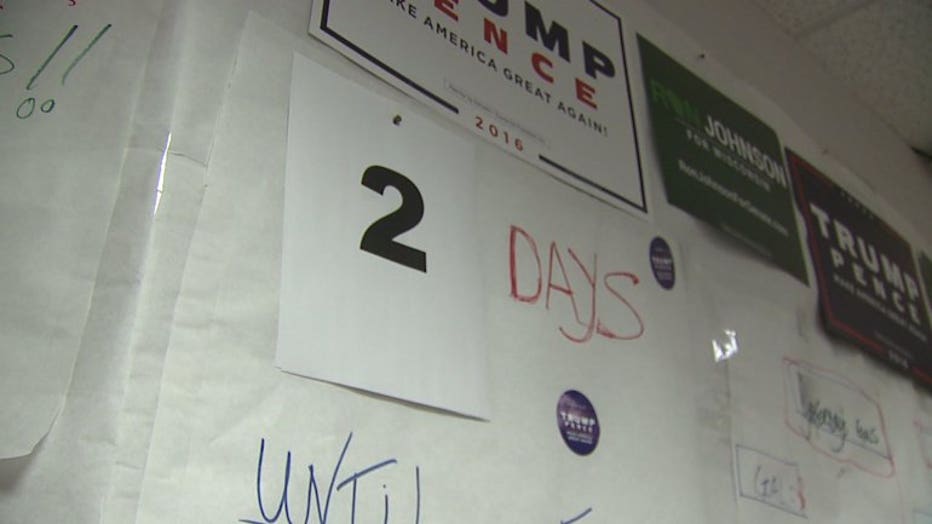 The North Shore Republicans have made tens of thousands of calls over the past few months, and on Saturday, November 5th alone, they knocked on more than 2,000 doors -- campaigning for the Republican ticket.

Meanwhile, Sunday morning, Hillary Clinton and Tim Kaine supporters gathered at the Democratic Party headquarters in Milwaukee ahead of a canvass of neighborhoods in advance of election day.

"Our voter turnout in the U.S. is really, really low and that's really sad and so we really need everyone to get out and vote and our canvassing and phone calling really helps," Judy Bamberger said.

Before they knocked on doors, volunteers were energized by Kaine, who spoke briefly to a crowd of about 50.

After the rally, volunteers got their assignments for the day.