Donations stream in after fire rips through Delafield home

A Delafield family is picking up the pieces of what's left after a fire ripped through their home on Thursday afternoon, Dec. 17.

DELAFIELD, Wis. - A Delafield family is picking up the pieces of what's left after a fire ripped through their home on Thursday afternoon, Dec. 17.

While those who were home were able to get out, it seems the family is out of luck as their homeowner's insurance recently expired.

A heartbreaking loss -- even more so this close to the holidays -- all that's left of the Dorff family's home is a charred shell. Not much, if anything, was spared from the blaze.

Despite it all, the family is heartened with the outpouring of support that's been shown since.

The cold chill in the air Friday didn't make the dirty job of shoveling up what's left of the home any easier. 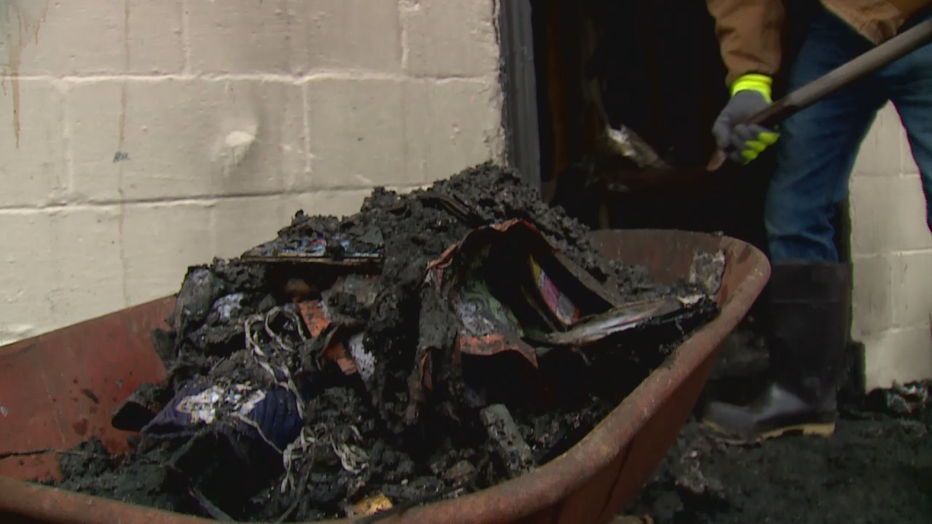 The fire started shortly before 12:30 p.m., but by the time fire crews arrived minutes later, it was too late.

"I got the call from one of my other siblings and I came flying out here and saw that it was true. And then stayed until the investigation died down and stuff, looked inside and it was just surreal," Alex Dorff said.

The interior of the home was torched. What once were priceless possessions are reduced to ash and rubble. The fire quickly spread through the small, single-story home. 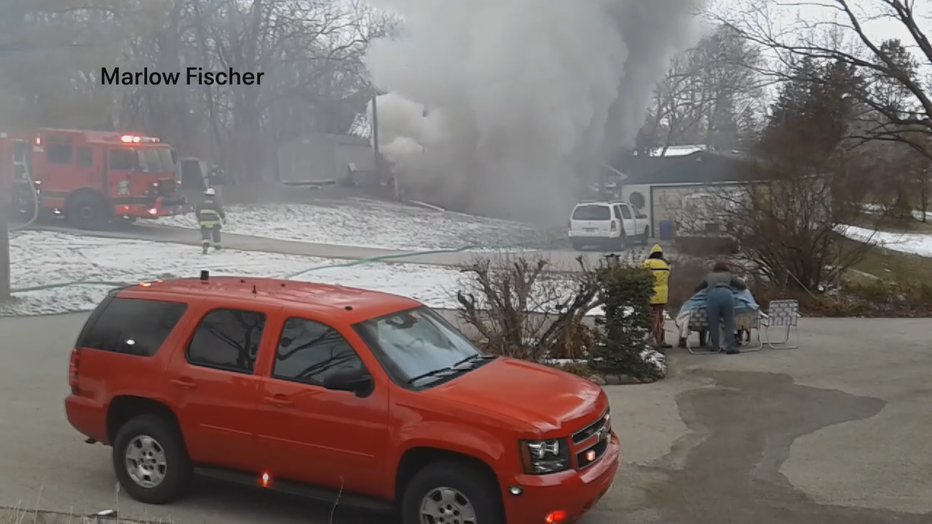 "The state fire marshal has not been called out. The City of Delafield Police Department has a fire investigator," said Lake County Fire & Rescue Chief Matthew Fennig. "We worked through it together, yesterday. It appears that fire started in a back bedroom, but the total cause is still under investigation."

No one was seriously hurt in the fire. One person did have to go to the hospital for minor smoke inhalation. However, one of the family cats did not make it out.

"Our dog got out. The chickens are safe. The other cat’s okay. My parents are okay," said Julia Dorff.

Julie and Alex Dorff say their parents are at a loss. Their homeowners insurance had expired just a few days earlier. 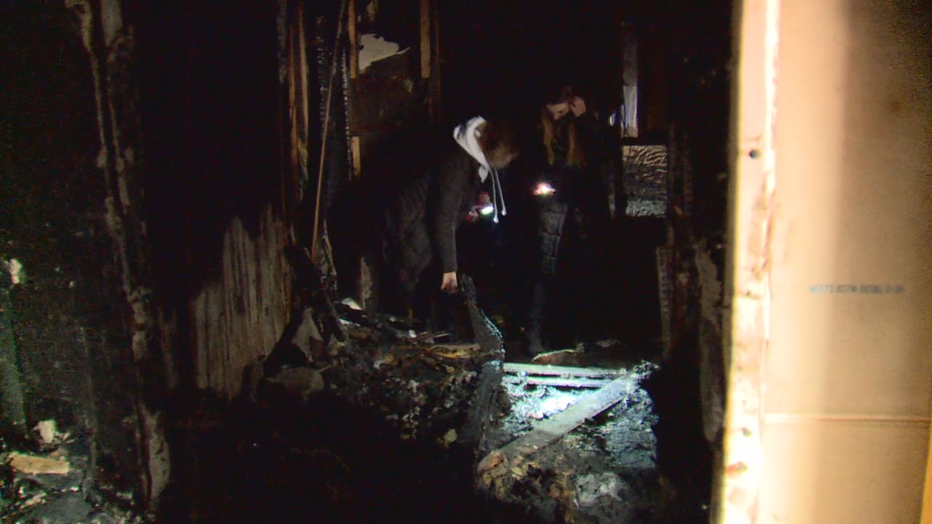 That said, in about 24 hours time, a GoFundMe fundraiser reached nearly half of its $100,000 goal.

"I’m more than grateful for all the support we’ve been getting. It’s been overwhelming. It just brings light into this really dark situation, especially right before Christmas," said Julia Dorff.

It's a little help this holiday for a family that has a lot of work ahead.

"It’s amazing. I haven’t seen so many people band together so quickly," Alex Dorff said.

The Dorffs say they are getting a lot of help from their large family to get through this.