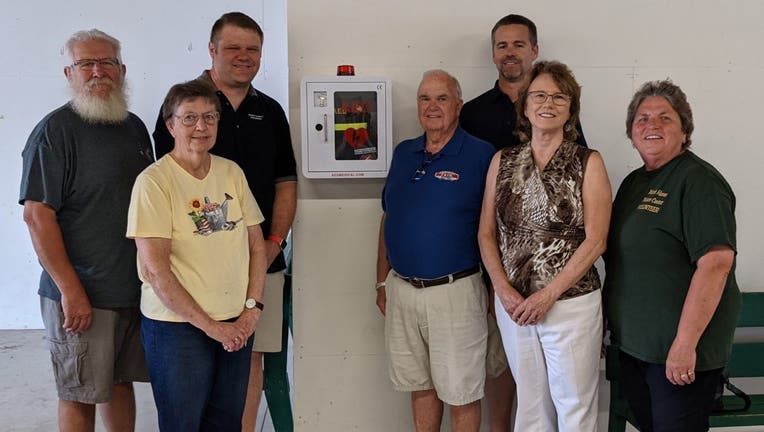 DODGE COUNTY, Wis. - Attendees at the upcoming Dodge County Fair or monthly flea market and craft fair may notice something new as they are browsing the grounds. A recent grant from the Beaver Dam Community Hospital (BDCH) Foundation supplied the Dodge County Fairgrounds with four automated external defibrillators (AED).

Following cardiac arrest, an AED delivers an electric shock through the chest to the heart, which can stop an irregular heartbeat and brings the rhythm back to a more normal rate.

These portable, lightweight devices were installed on July 12 in four prominent locations throughout the fairgrounds, at the: Grandstand Space Manager’s Office, Youth Building, PS Seasonings Co-op Building and Commercial Building. The devices were made possible after the BDCH Foundation awarded a grant of more than $5,800 towards the equipment and installation. 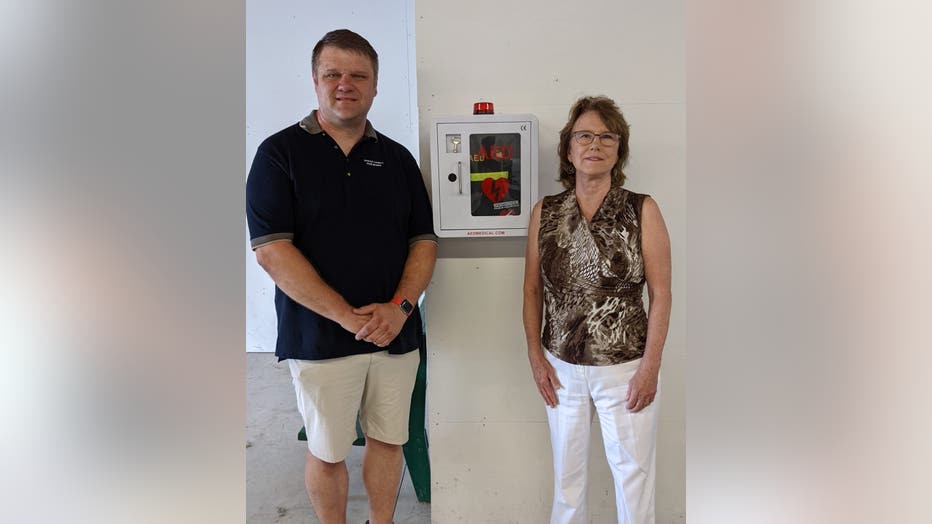 According to a press release, the project was initiated by new Dodge County Fair Association member, Nate Zank. Zank himself is a certified CPR/AED/first aid instructor with Marshfield Medical in Beaver Dam. He also serves as an Emergency Medical Technician with Juneau Emergency Medical Services.

Zank and fellow board member, Wade Fletcher, were instrumental in making this grant possible and this important project a success. Zank only recently began his appointment on the Fair Board at the end of 2020, but he states that this project "is important for the safety of visitors to the fairgrounds … and long overdue."

Before the installation of the new devices, only one AED was made available in the first aid booth during the annual Dodge County Fair.

With over 50,000 visitors passing through the fairground gates over five days, during the Dodge County Fair, the new AEDs will be readily available for any emergencies that may occur in a crowd of this size. Training and certification will be offered to Dodge County Fair Board members, employees and volunteers at various events.

When sudden cardiac arrest (SCA) happens, if not treated within ten minutes, SCA can lead to death. The American Heart Association states that 475,000 Americans die from cardiac arrest each year. Nineteen percent of cardiac arrests happen out in public, in places like the fairgrounds.

The Cooking Mom joins FOX6 WakeUp to share her recipe!

Brian Kramp is joining in on the parade fun.