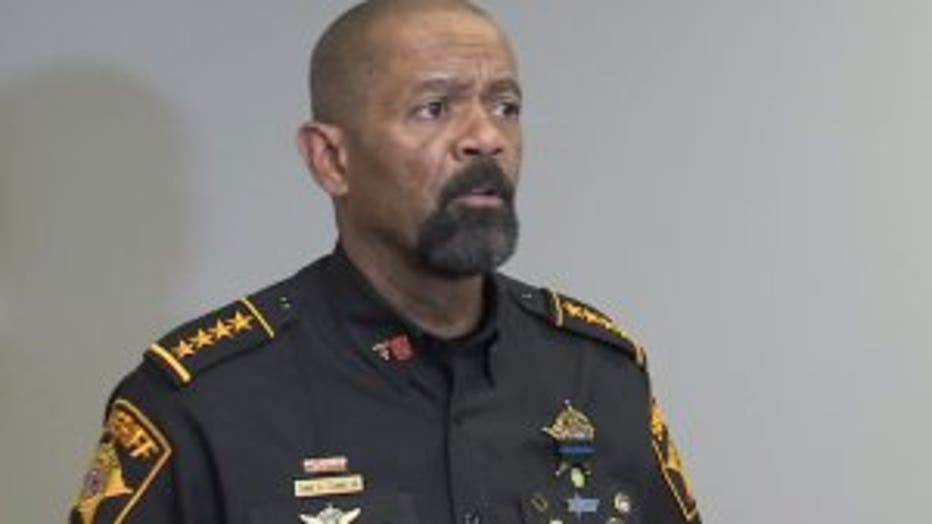 In 2016, America's Sheriff certainly did see America -- with trips to 20 states plus D.C., and a cruise to the Cayman Islands. All of it was funded by outside groups, many who paid Sheriff Clarke to attend and speak at their events.

On Wednesday, February 1st, Sheriff Clarke released his "statement of economic interest," a document that Milwaukee County requires be filed each year. It shows Clarke raked in speaking fees, gifts or travel reimbursements from about 40 different groups.

Sheriff Clarke reported $15,000 in speaking fees, plus car service and airfare from the Aspen Glen Club in Colorado, totaling more than $17,000 from the club -- the largest payment reported on the sheriff's disclosure form. 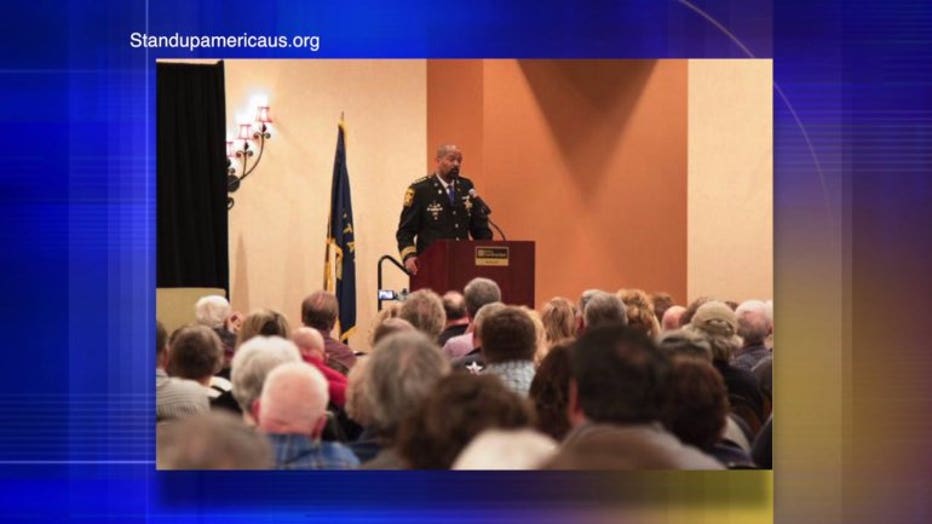 He appeared in April at a Glacial Forum in Montana. The organization behind it promises to educate the public on national and international issues more comprehensively than the media buzz.

Sheriff Clarke reported the group gave him a $1,600 firearm, one of three guns he received from such groups in 2016. 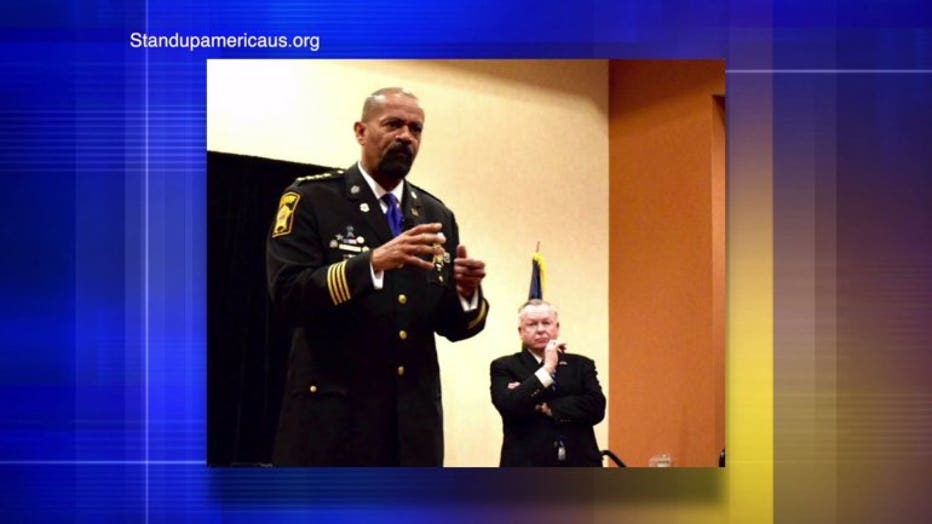 Sometimes, Sheriff Clarke brought his wife along. That was the case for the Robbery Investigators of Texas Conference in August. They gave Sheriff Clarke a gun, a flag, two shirts and a hat. The group also reimbursed the Clarkes' travel expenses. 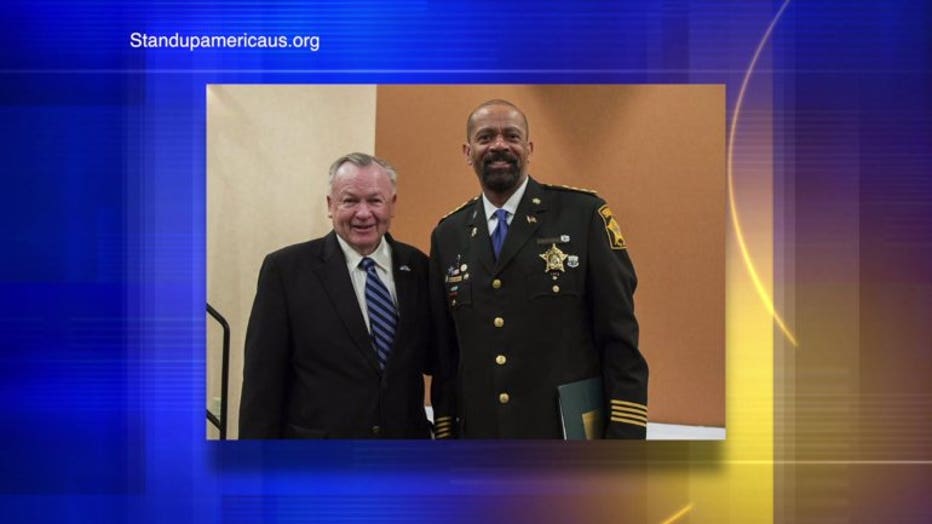 Records show Sheriff Clarke spent about 60 days traveling or attending the events in 2016. All but one was out-of-state.

Many of the events were put on by law enforcement groups, pro-gun groups or local Republican parties. 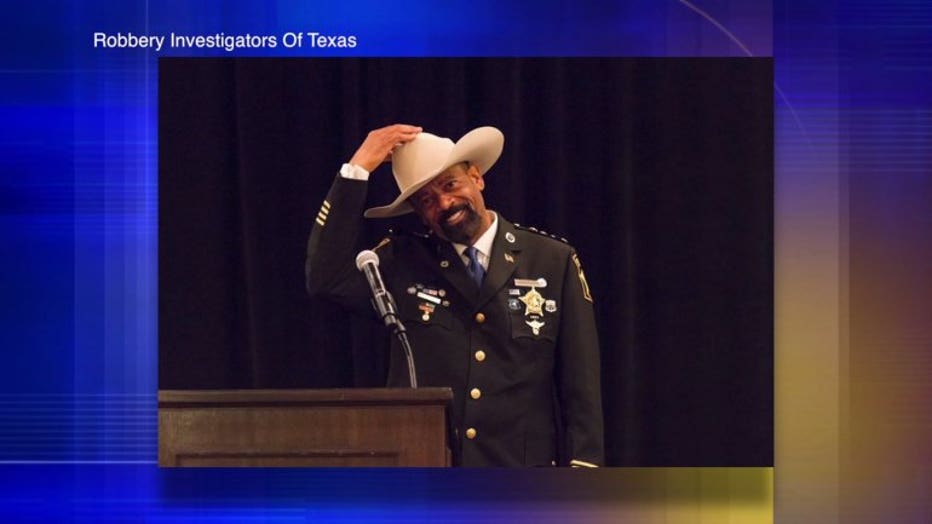 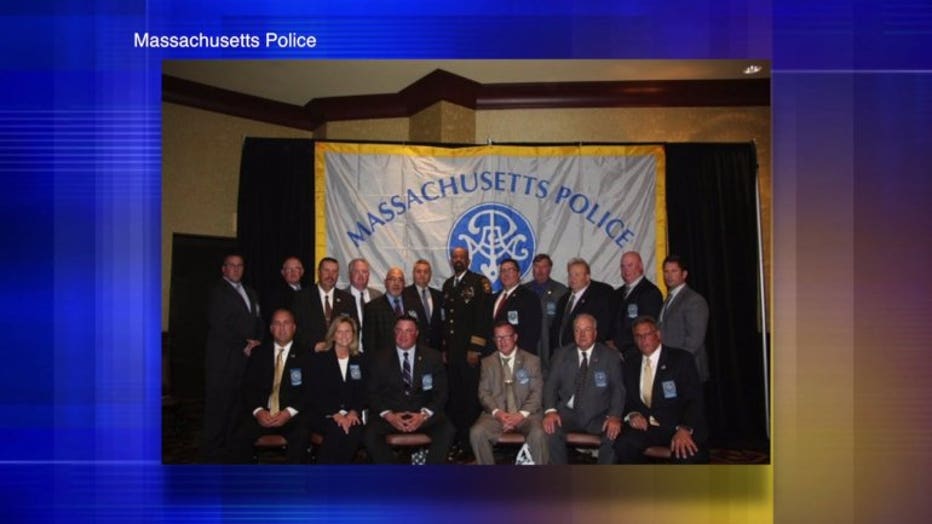 After the documents were posted online by the Milwaukee County Sheriff's Office around 5:30 p.m. Wednesday, FOX6 News asked some follow-up questions. We wanted to know whether Sheriff Clarke keeps these gifts, or whether they're donated. We also wanted to know whether he's sought a legal opinion about collecting outside income.

As of 10:30 p.m. Wednesday, a spokeswoman from the Sheriff's office hadn't responded. 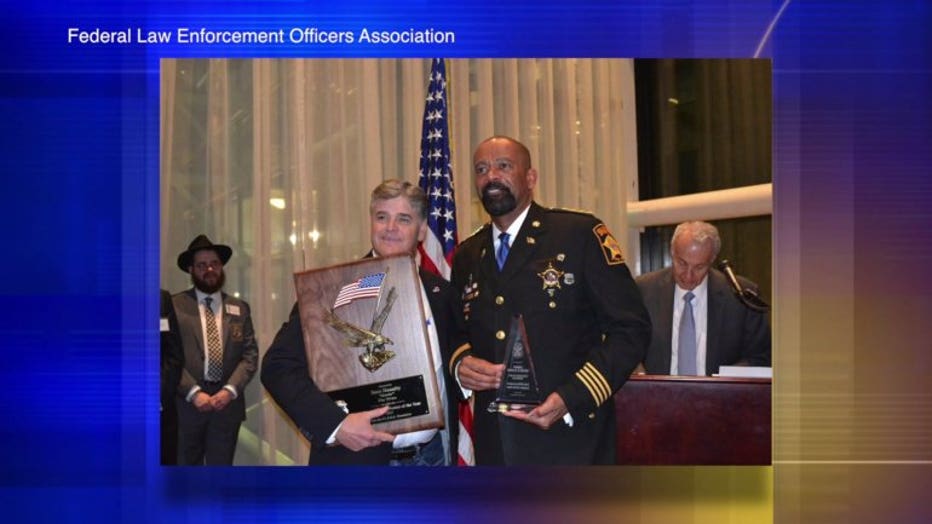 "What is the going rate for the Sheriff to stop doing out-of-state public speaking engagements and start doing his job in Milwaukee? The people of Milwaukee pay the Sheriff's salary so he can do his job here, not spend 60+ days of the year speaking at events out-of-state. Milwaukee deserves better and so do the people who paid to hear the Sheriff speak, frankly. They can hear his thoughts on Facebook for free."