DNC in Milwaukee now almost entirely virtual, but protesters say they are not going to stay home

The convention promised much to the city, 50,000 visitors, and with them, $200 million&nbsp;for the regional economy.

MILWAUKEE - No nominee, no speakers, no delegates. The only people who will be in Milwaukee in person for the Democratic National Convention Aug. 17 through Aug. 20 will be protestors, police, construction crews and the production control crew.

For two hours a night, speakers from around the country will turn what was supposed to be a convention into a media production. A crew will switch between various cameras, and that work still means work for one local company.

This was the summer JCP Construction was supposed to launch onto the national stage.

"Adding this to our resume, obviously, we feel that we are very proud of it, of being a partner with the DNC, as the general contractor," said JCP's James Phelps.

Even though the in-person convention was canned, JCP still has roughly a dozen people working on the convention -- tested each day for COVID-19, and background checked. 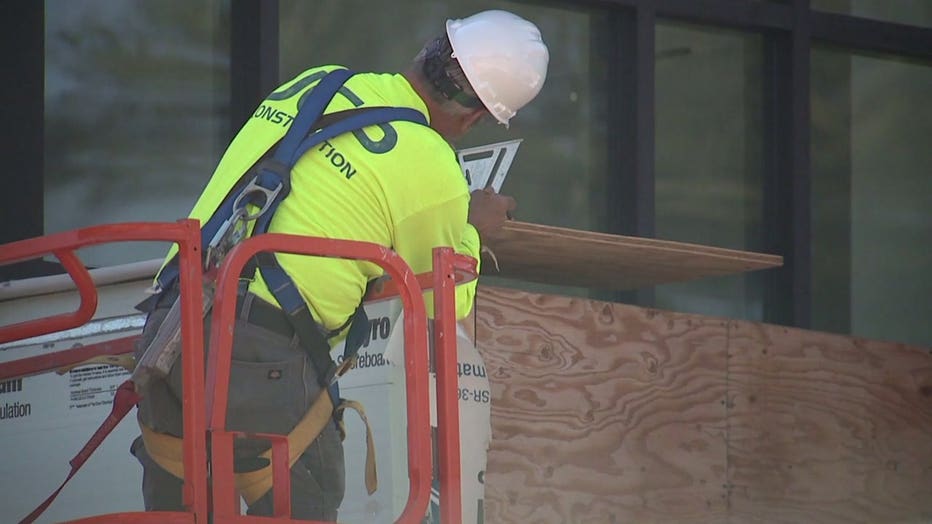 "A little bit of an audible being called," said Phelps. "The reason that trends are not going in the positive direction, once again, disappointed, but understand that first and foremost, want to make sure that everyone is safe and not doing anything that is going to adversely affect the population."

The convention promised much to the city, 50,000 visitors, and with them, $200 million for the regional economy.

"We're sending out gift boxes to all the delegates who would have been here, as well as to some of the donors, letting them know what they'd be missing with a call to action that when people can meet in person again, to bring their meetings to Milwaukee -- they owe it to us," said Williams-Smith.

"We do anticipate we are still going to rally on the evening of August 20, when Joe Biden was scheduled to speak and accept his nomination in Milwaukee, but instead he decided to stay home, so, we aren't going to stay home," said Ryan Hamann with the Coalition to March on the DNC.

The Wisconsin Center is continuing to prepare for the Democratic National Convention despite changes to its format due to the coronavirus pandemic, including that Joe Biden will not be in Milwaukee to accept his party's nomination.

Inside the Wisconsin Center, preparations are still in place to host the all-virtual event. On Wednesday, a DNC official said all speakers and presenters for the convention are now expected to speak from remote locations - including presumptive nominee Joe Biden - who will not travel to Milwaukee. 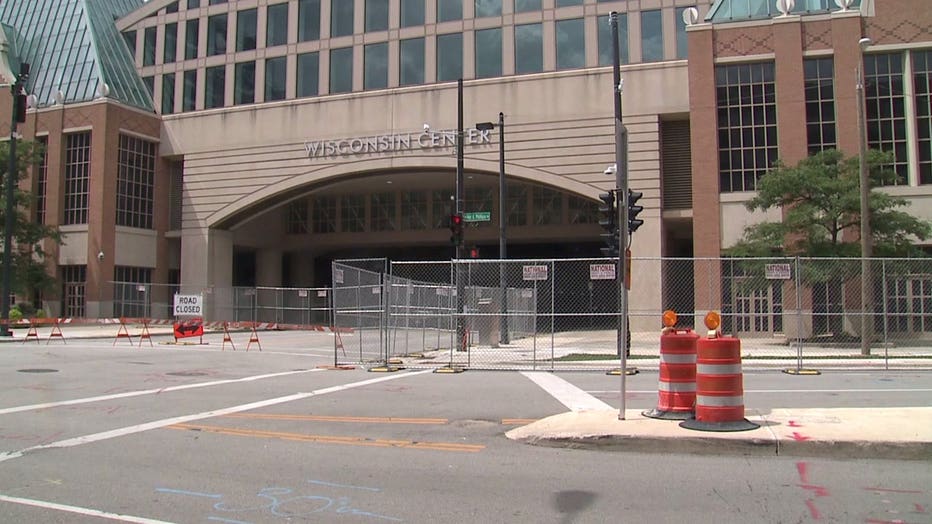 Unlike reports of the DNC owing $5 million to Fiserv Forum after pulling out this summer in favor of a scaled-down event, Brooks said: “We have a signed contract with the DNC, monies that are due, we have been paid.” Brooks also said that a deal was in place two years ago to have the Wisconsin Center be part of the convention.

COVID-19 has still hit Wisconsin Center district hard; it has lost 95 events and a $420 million convention center expansion approved this past spring has stalled.

“We had hoped, prior to COVID, to be able to get the approval April 2 and obtain funding by June of this past year.  That certainly has been delayed by several months, if not longer,” Brooks said.

Brooks hopes for a brighter 2021 with about 75% of bookings made already.