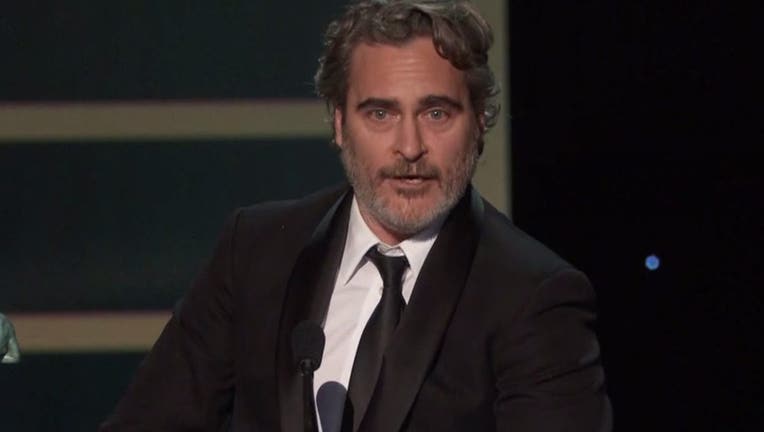 Footage shows Kossakovsky, director of the farm animal documentary Gunda, for which Phoenix served as an executive producer, speaking at the festival. He says Phoenix “just got a baby, by the way, his name was, a beautiful son named River.”

Neither Phoenix, 45, nor Mara, 35, have confirmed the birth to the media.

The name is presumably an homage to River Phoenix, Joaquin’s actor brother who died in 1993 from a drug overdose.

According to Google Translate, uploader Daphne Chaimovitz wrote on the video: “I wish him and Rooney Mara all the best and lots of fun with their first son, River!”