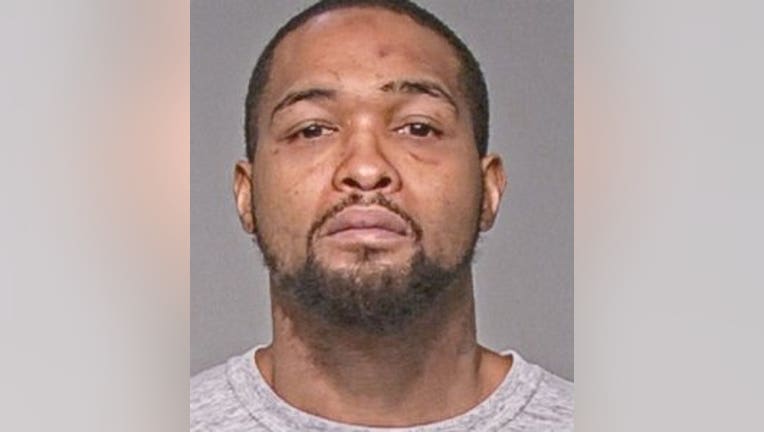 MILWAUKEE -- One of three men charged in connection with a shooting outside a bar in downtown Milwaukee in August 2017 that killed one man and injured two others was sentenced to prison. Prosecutors say none of the suspects should've been anywhere near a firearm because they're all convicted felons. The alleged shooter told investigators he fired the weapon into the air in an effort to move along a man who was standing near the suspect vehicle, parked outside a Water Street bar, saying he never meant to hurt anyone.

Clarence Shelton, 32, of Milwaukee pleaded guilty in March to one count of first degree reckless homicide, as party to a crime. On May 3, Shelton was sentenced to serve 30 years in prison and 10 years' extended supervision, with credit for 469 days' time served. Four other counts were dismissed as a result of the plea deal. He was ordered to pay more than $14,000 in restitution.

Courvoisier Hills, 31, of Milwaukee faces two counts of possession of a firearm by a person convicted of a felony. A status conference was scheduled for May 21.

Willie Barnes, 27, of Milwaukee in June 2018 pleaded guilty to one count of possession of a firearm by a person convicted of a felony. He will be sentenced on May 16.

The shooting happened Aug. 21, 2017 outside Duke's bar near Water and Juneau. Blood was found on the sidewalk, along with fired 9 mm FC Luger casings -- four in all. It was learned three victims had been taken to the hospital from the scene, and one, Kakuma Kennedy, died as a result of his injuries. An autopsy revealed he suffered three gunshot wounds, and his death was ruled a homicide. 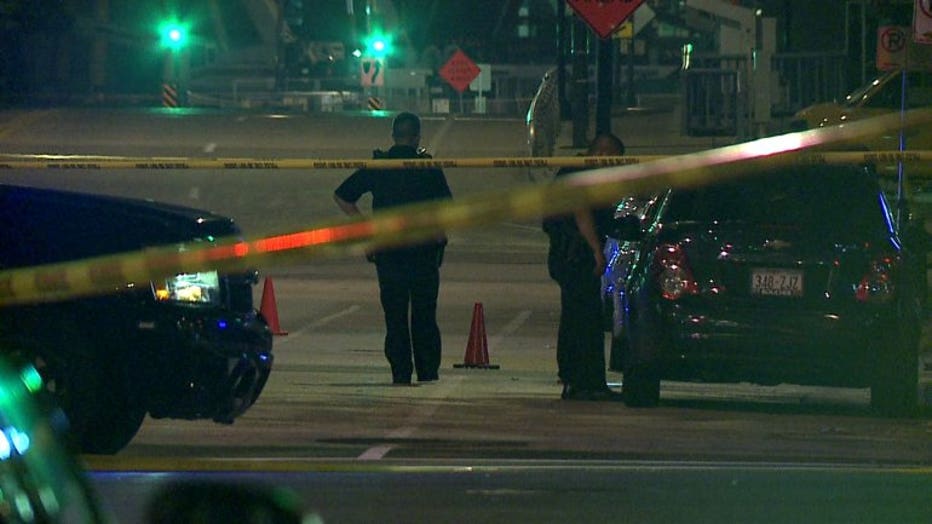 Police spoke with a witness -- a Lyft driver, who indicated he was parked in front of Duke's when the shooting happened. He said he was about to talk to an acquaintance when he saw a black four-door vehicle pull up. He said a few males walked up to the passenger side of the black vehicle and he heard one of the men say: "Why do you pull up on me like that?" The Lyft driver said he then heard four to five gunshots and saw a passenger in the black vehicle stick his hand out the window -- firing a weapon.

Another witness said he and a friend were headed over to Duke's around bar time, and when they were near Ian's Pizza, they heard loud bangs, and the witness saw a female on the ground, and felt a sharp pain to his chest. He was taken to the hospital where it was determined he'd been shot in the back. 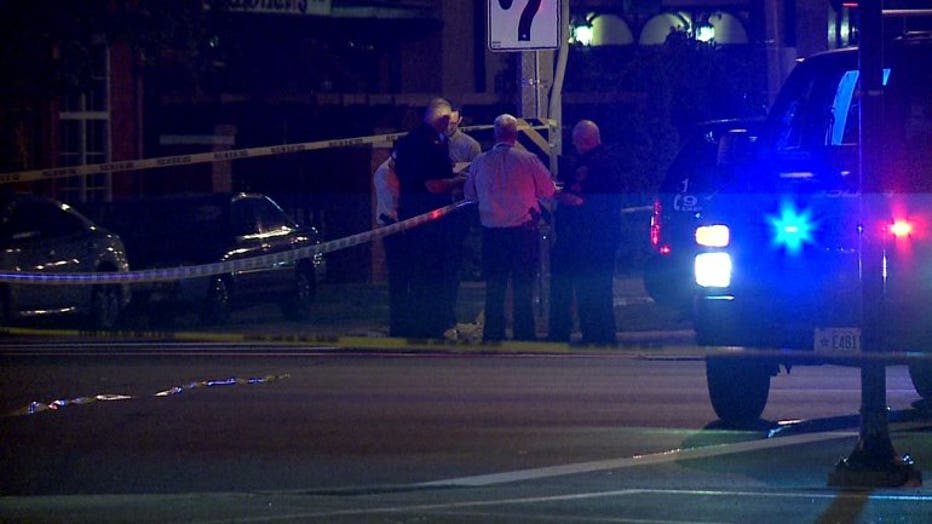 A third witness said he was with a group of friends, including Kakuma Kennedy, on the night of the shooting, and they'd come from another state, arriving about 30 minutes before bar time. The witness said Kennedy had been to Milwaukee before and he wanted to get a shot from the nearest bar, so they used GPS to locate the nearest bar, and Kennedy got out to get a drink. Two others stayed in the vehicle.

After taking a shot, the witness said he and Kennedy left the bar and walked back to their vehicle, but no one was inside. They began to look for their friends when they saw a vehicle drive by on Juneau, with those inside "looking at them hard and mean mugging." Kennedy then said, "Let's go. We don't know who they are or what they're on," and they believed the vehicle might be on "a hit." The vehicle rolled up to where Kennedy and the witness were walking and the driver said, "Y'all straight?" The witness said he could see the driver and rear passenger, and he replied, "Yeah. We good." The witness said their friends then came out of the bar they were in and one told them to get away from that vehicle.

The witness said as he began to walk with his friends back to their vehicle, he heard shots fired and felt a shot bouncing through his legs. He said he heard friends cry out that they'd been hit and he heard four to six total shots fired at them. He said he saw the passenger in the rear of that suspect vehicle manipulating the slide of a firearm as though it was jammed. He then saw Kennedy on the ground. He said he helped Kennedy back to their vehicle and they drove to the hospital. This witness was later able to provide a description of the driver of the suspect vehicle and passenger/shooter.

Clarence Shelton was arrested Sept. 3, 2017 during a traffic stop near Teutonia and Center. A black High Point 9 mm semi-automatic handgun with a loaded magazine was recovered from the vehicle, according to the criminal complaint. The next day, prosecutors said he made a call from jail, and said: "When a (expletive) put that gun in my lap and I slid that (expletive) to old girl, the police pull up right on me like they was watching. I'm trying to bail out before the forensics come back on that pistol."

The handgun was analyzed at the "Intelligence Fusion Center Crime Gun Intelligence Center" -- where it was determined that the casings recovered from the scene at Water and Juneau were fired from that weapon. Additionally, the complaint indicated two witnesses identified Shelton as the shooter via a photo array. 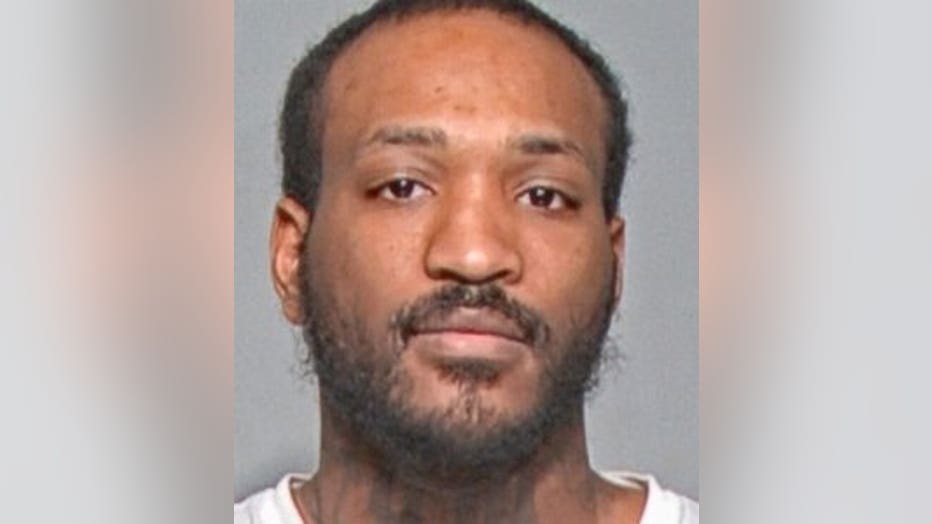 Police spoke with Shelton, and prosecutors said he admitted he was involved in the homicide of Kennedy, but said "he didn't intend to shoot anybody." He said he was in Duke's bar with his cousin, Willie Barnes and Courvoisier Hills. He said they were "drinking a lot and not beefing with anybody." He said at one point, they went out to their vehicle parked by the front door of Duke's and sat in the vehicle for a bit listening to music. Shelton said at one point, Barnes handed him the handgun which belonged to Hills, and minutes later, Barnes said "there were some guys next to the car that were clutching," or reaching for a gun. Shelton said a guy was standing on the sidewalk near their vehicle "with his hand in his waistband." He said he never saw a firearm, but saw that the guy had something in his waistband, so he looked at Hills and Barnes and then looked at the guy next to the car before holding his arm out the window and attempting to shoot into the air "to make the guys move away from the car." He said he believed he fired three times and "must have accidentally shot the victim." He said "he thinks the gun must have lowered due to the heaviness of the gun." He said they then immediately drove off after the shots were fired. 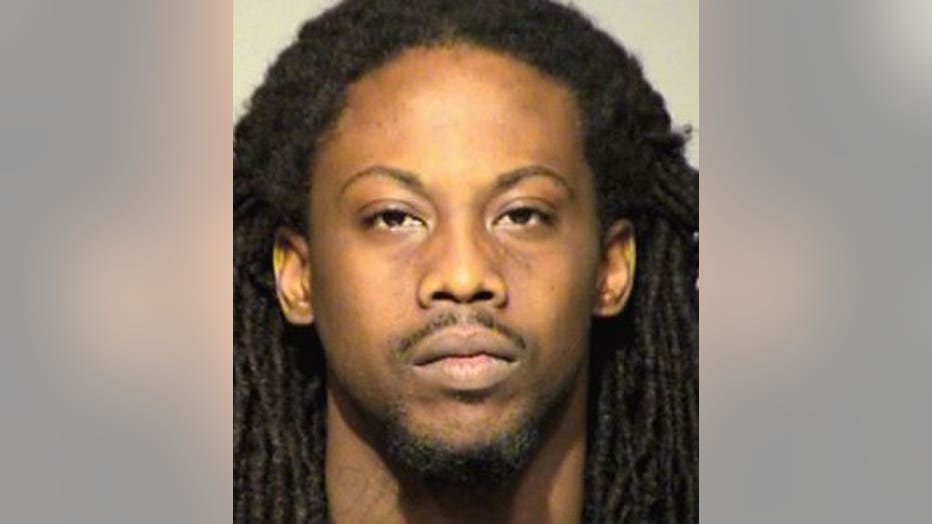 Shelton said weeks later, he went back to Duke's with Barnes and Hills and asked Barnes if he could borrow Hills' gun again "for safety." He said he and a girl then got pulled over and the firearm was recovered. The complaint noted that Shelton wrote an apology letter to the victim's family.

The complaint said Barnes admitted to taking Hills' firearm and giving it to Shelton before Shelton's arrest, and the complaint noted that Barnes was on probation, but agreed to take the firearm anyway. Barnes was convicted of robbery after interstate commerce by threat of violence -- a federal charge -- in Dec. 2012.

Prosecutors said after Shelton's arrest, Barnes and Hills went to the police district to get the keys for the vehicle Shelton was driving so they could take the vehicle after it had been left parked on the street. When they searched the vehicle, they found the gun had been taken by MPD.

The complaint noted that Hills was convicted in Jan. of 2008 of child abuse -- intentionally causing great bodily harm.

Shelton was convicted in Feb. 2006 of possession with intent to deliver heroin, less than three grams.