MILWAUKEE -- With the dangers of vaping making headlines across the country, Milwaukee-area leaders and families on Wednesday, Sept. 25 issued a reminder that the opioid crisis drags on.

At Fire Station 31 in Milwaukee, members of the community can connect with resources and even go home with Narcan. It is part of a new task force called the Milwaukee Overdose Response Initiative -- one that works directly with the population affected by overdoses.

As the Grimm family gathered around the dinner table Wednesday, two chairs were noticeably empty.

"I mean, losing one kid is just tragic, but to have two -- we're devastated," said Dean Grimm. 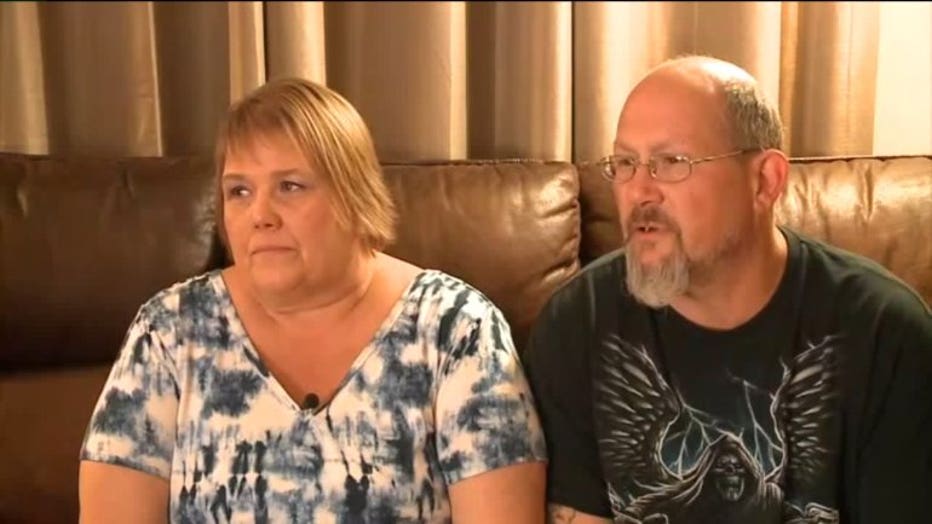 "I just don't think he thought it was going to happen to him," said Terrie Grimm. 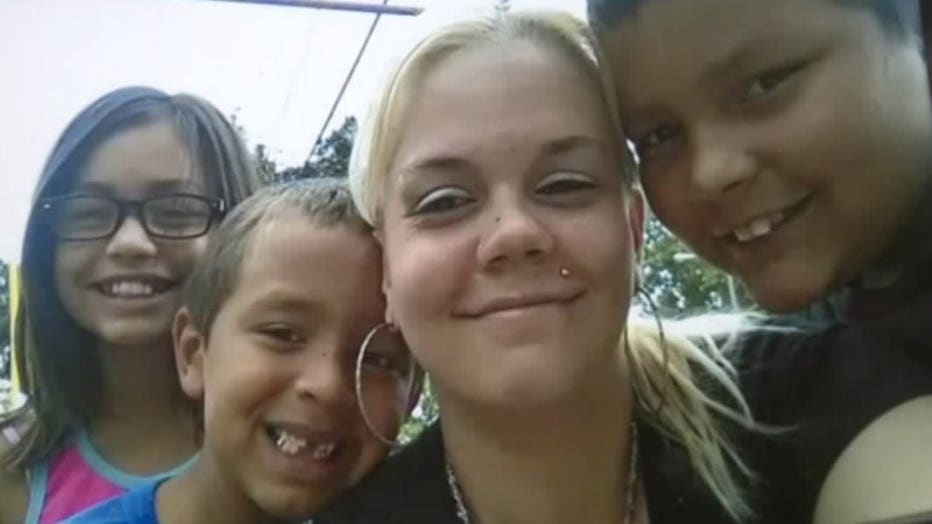 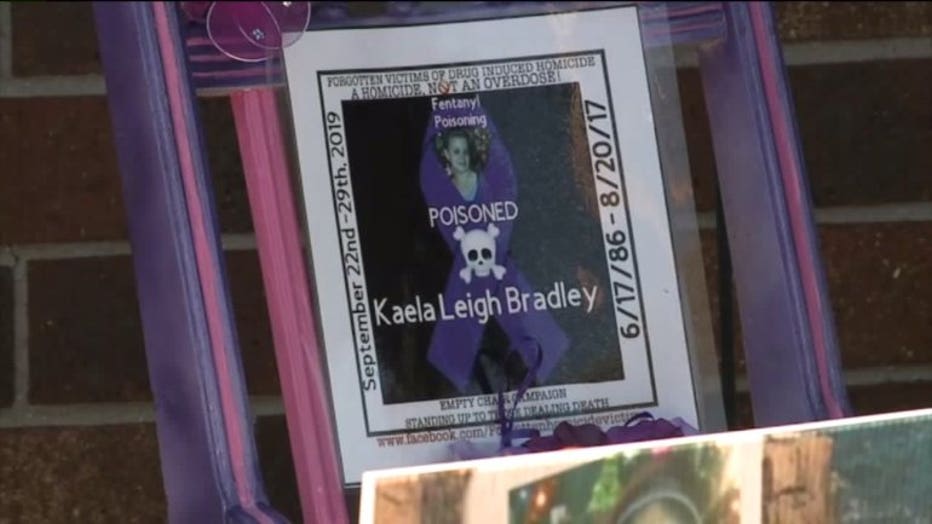 The Grimms said Eric should have known better. FOX6 News caught up with the Milwaukee parents two years ago -- fentanyl also claimed the life of Eric's pregnant sister, Kaela Bradley.

"We wanted to make people aware of it, and to not make people be so naive about this fentanyl," Dean Grimm said. 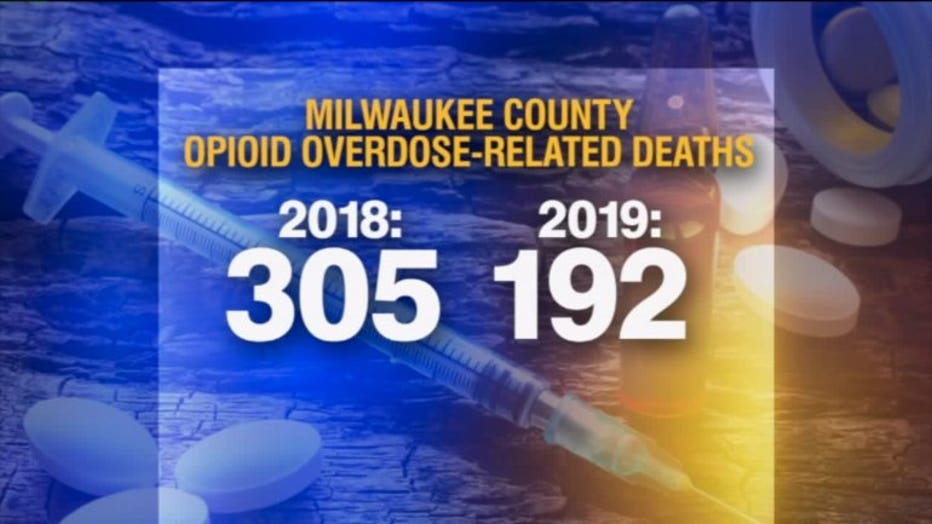 The Milwaukee County Medical Examiner's Office reported more than 300 people died from opioid-related overdoses in 2018. Nearly 200 had been confirmed in 2019 as of Wednesday. Despite the alarming numbers, city leaders said a positive trend was emerging.

Since launching the Milwaukee Overdose Response Initiative in June, a partnership between the fire and health departments that connects patients with resources to keep them alive, 400 cases had been addressed as of Wednesday. Once first responders have identified a frequent opioid abuser who has overdosed, their information gets passed along to community paramedics. Then, a team is put together, including paramedics, peer support, and addiction support specialists, and patients are visited. 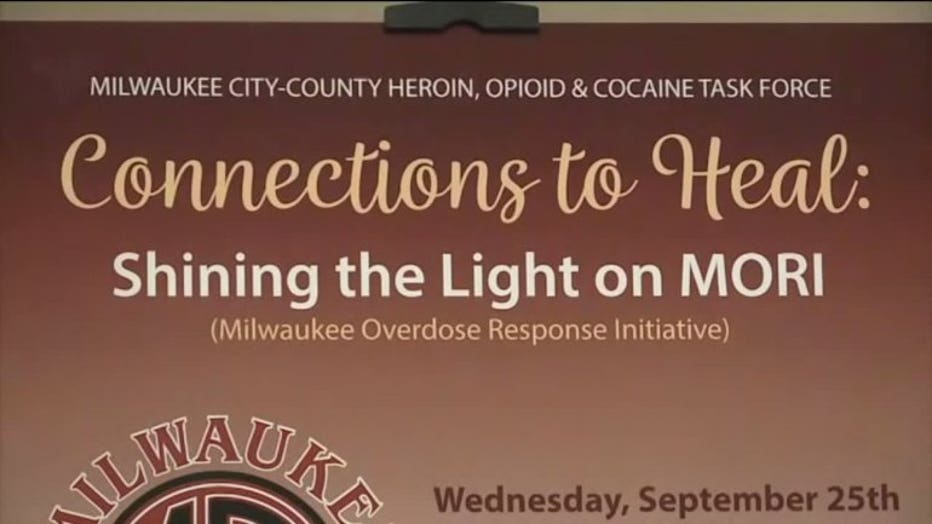 "Ultimately, what we want to do is, at any point in time, when they say, 'I'm ready to go to treatment,' that we're there to give them that opportunity," said Michael Knight, a Milwaukee fire captain.

The Grimms said they want each overdose death to warrant a criminal investigation as well. While their son and daughter may have chosen to do drugs, Terrie and Dean said it was not their choice to die. 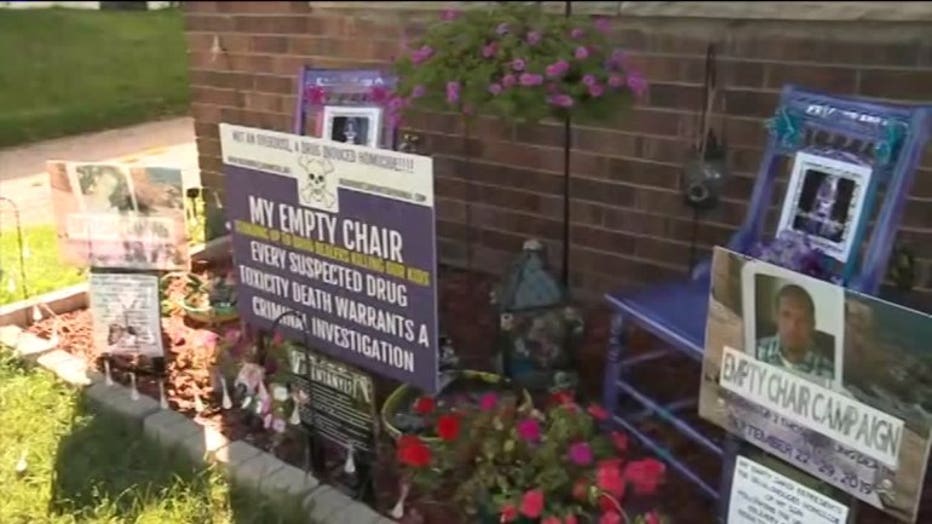 "People are getting away with it, and then these drugs are spreading rampant, and more and more people are dying," said Terrie Grimm.

The initiative also partners with Lyft to provide free rides for patients once they decide to seek treatment.

On Wednesday, the City-County Heroin, Opioid and Cocaine Task Force (CCHOCTF), the Milwaukee Health Department, and Milwaukee Fire Department launched Connections to Heal: Shining the Light on MORI -- a city-wide overdose awareness campaign event. Campaign images will be seen on city bus tails and shelters, as well as billboards in both Spanish and English.