Police said Officer Hetland, while off-duty, witnessed an armed robbery in progress at Teezers near 20th Street and Lathrop Avenue Monday night, June 17. Investigators said Officer Hetland jumped over the bar and tried to take the man down, but the 24-year veteran of the Racine Police Department was shot once and killed in the process. 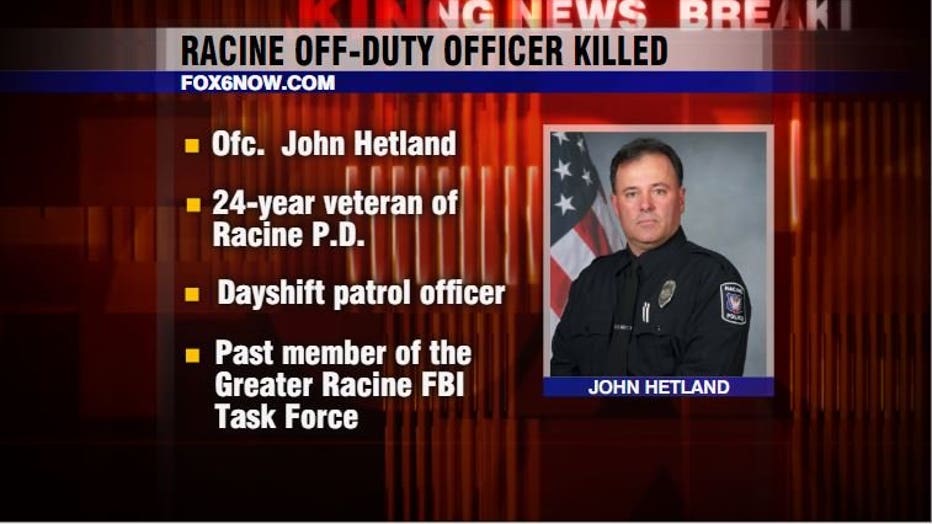 At Hetland's home in Sturtevant Tuesday, June 18, FOX6 News found a blue ribbon in his front yard, placed by friend. Neighbors along Hetland's street all had their flags flying at half-staff. 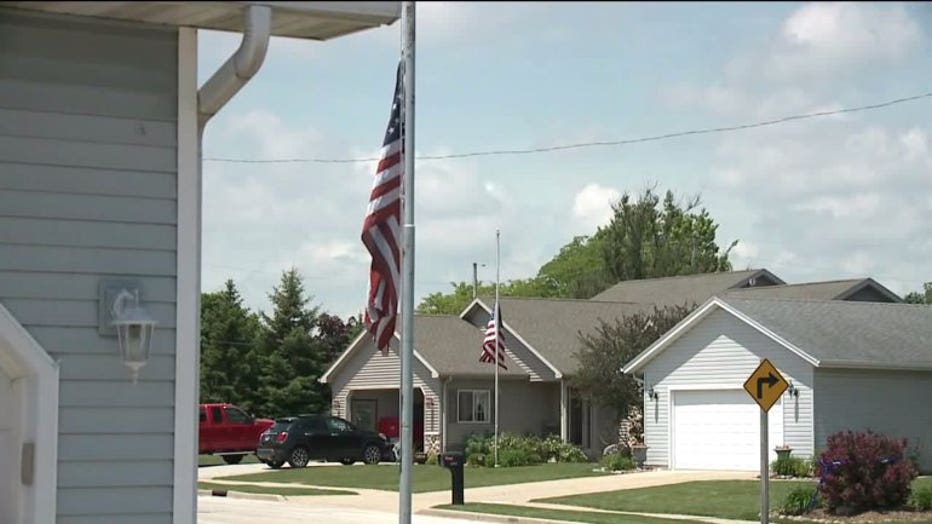 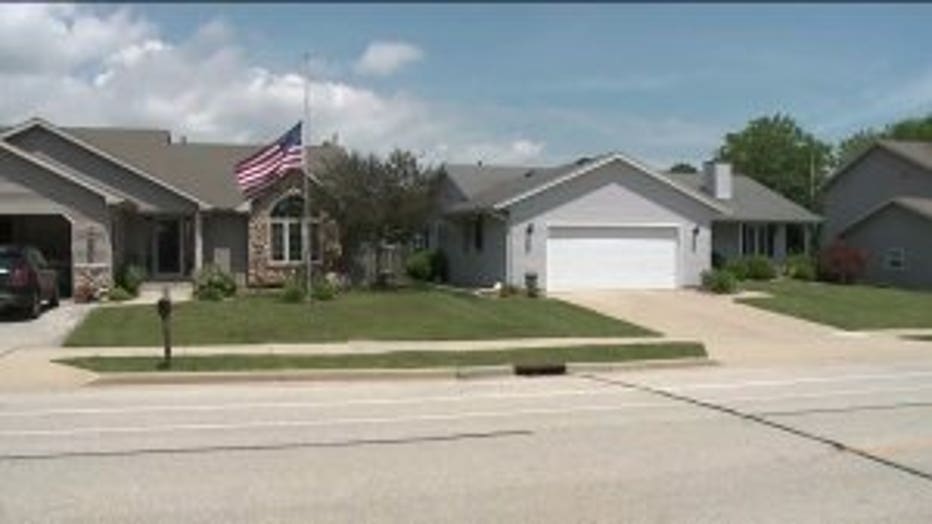 Hetland lived in Sturtevant with his teenage son and elementary school aged daughter. FOX6 News learned he had just put in a pool in the backyard for his daughter on Saturday, June 15.

Botsch said the two went to grab drinks Monday night at a bar called Hiawatha. Then, Hetland headed to Teezers by himself. 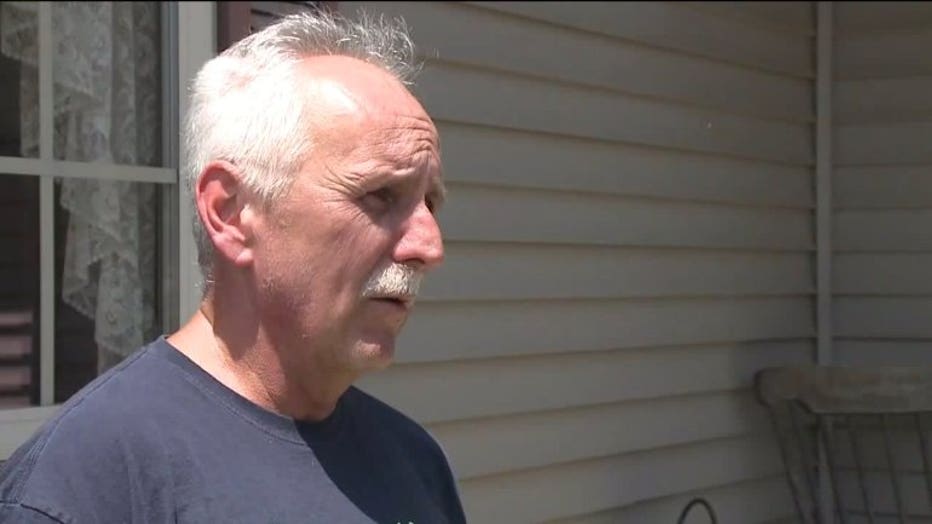 Also among those devastated was Wayne Buisse -- who cheered on the Green Bay Packers with Hetland each season.

"It's crazy. It's nuts. There's just so many people that are going to be devastated from it," said Mel Botsch.

"We went to the games, Green Bay and stuff like that together," Buisse said.

Even those who did not personally know Hetland felt the tragedy. Michelle Hyatt stopped by the scene Tuesday to drop off blue flowers for a memorial -- and to provide comfort for the officers who still had a job to do.

"I just wanted to show our support, let them know that I personally appreciate them," Hyatt said.

FOX6 News spoke with one of the owners of Teezers bar who also knew Hetland. He did not want to talk on camera, but he reiterated what people said all day Tuesday -- Hetland died a hero. He stepped in when the bartender was being robbed -- and lost his life try to help.

A GoFundMe.com account in support of Officer Hetland was created by the Racine Police Department. CLICK HERE to learn more.