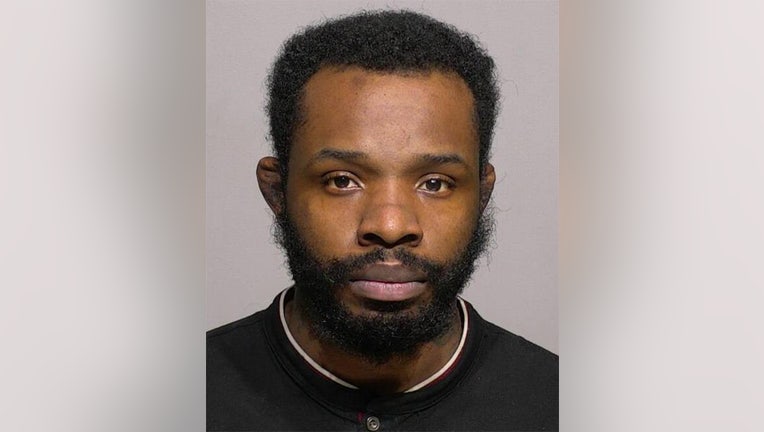 MILWAUKEE - A Milwaukee County jury found Derrick Watkins guilty on Friday, Sept. 16 of two charges associated with the fatal shooting of a man at a residence near Commerce and Pleasant in February 2021.

Watkins was found guilty of first-degree intentional homicide and possession of a firearm by a felon.

Online court records indicate Watkins will be sentenced on Oct. 28.

According to the criminal complaint, an officer was dispatched to a residence near Commerce and Pleasant in Milwaukee on Feb. 16 for a welfare check. The officer noted the "front door was unlocked and the residence was ransacked." The complaint says the victim was located lying face down in the middle of the living room -- he had been fatally shot. The death was ruled a homicide.

The complaint indicates officers recovered and reviewed surveillance video from the apartment building. The victim was last seen on video at 3:45 p.m. on Feb. 12. He entered the "common area from the inside and opens the Commerce Street door for someone already waiting outside. This person is wearing a dark zip-up jacket with a dark hooded sweater underneath, the hood up, dark pants, and what appears to be black boots or shoes. (The victim) leads this person into the building and then into the hall that leads to (the victim's) apartment," the complaint says.

A detective reported the defendant, Derrick Watkins, admitted during an interview that he was the second person in the surveillance video. The complaint says Watkins "claimed that once inside the victim's apartment, he and the victim ended up in a struggle, that the victim ended up on his hands and knees with the defendant on top of him." Watkins claimed "he saw a .22 caliber revolver on the TV stand, grabbed it and shot the victim," the complaint says.

According to the complaint, Watkins "admitted that he then looked through the apartment for money, turning over the mattress, looking through shoe boxes and eventually taking the victim's debit card, which he later used repeatedly." The complaint indicates multiple transactions on the card were placed on Feb. 12 -- totaling approximately $3,000.