Deputies and fire personnel rescued a dog that was stranded on an ice chunk on a river in West Fargo, North Dakota Wednesday.

WEST FARGO, N.D. (FOX 9) - Sheriff’s deputies in western North Dakota rescued a dog that was stranded on chunk of ice in a river Wednesday morning.

According to the Cass County Sheriff’s Office, the dog had escaped its yard in West Fargo, went into the river and got stranded on a piece of ice. A passerby saw the situation unfold and called 911. 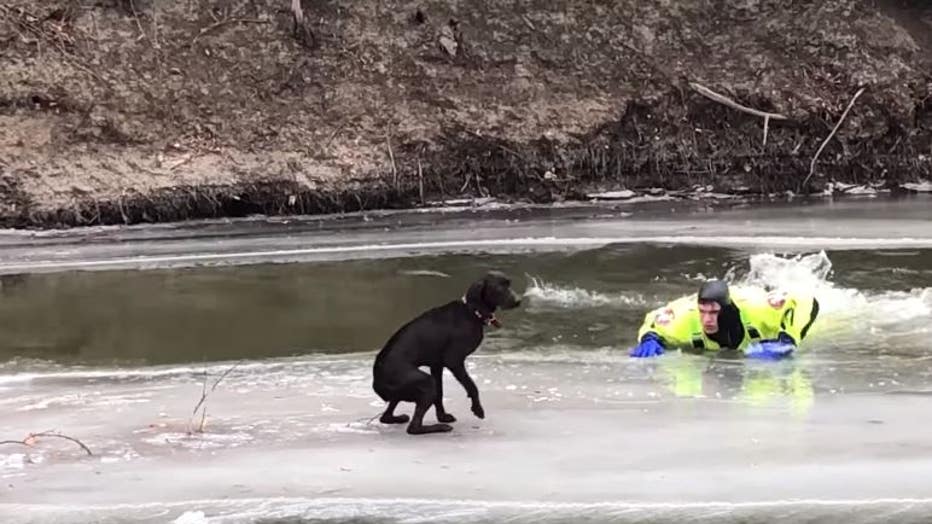 Deputies and fire personnel rescued a dog that was stranded on a chunk of ice in the middle of a river in West Fargo, North Dakota Wednesday morning. (Cass County Sheriff's Office - North Dakota)

Deputies and personnel with the West Fargo Fire Department responded to the river. A video of the rescue shows one of the responders going into the river, climbing onto the chunk of ice to get the dog and bringing him to shore.

The incident was reported shortly before 9 a.m. and the dog was reunited with its owner by 9:30 a.m.