With Joe Biden projected to win Wisconsin's 10 electoral votes, swing the state back from President Trump, who won it in 2016, people from both parties weigh in on the expected outcome and vote-counting process.

MILWAUKEE - Wisconsin voters on Wednesday, Nov. 4 appear to be split along party lines over whether the state's projected results -- a win for Joe Biden -- will stand.

The City of Milwaukee absentee ballot count was transparent; officials streamed the effort online in an effort observed by both parties and reporters.

Democrats are celebrating democracy, while Republicans are raising the red flag. The city tallied a record 169,000 absentee ballots, a majority of which were cast in favor of Biden.

"I think it's too soon to call," said Matthew Batzel with America Majority said. "I think that’s what a lot of voters are concerned about. They went to bed and woke to say: 'Why is there a large number of votes added for Biden?'" 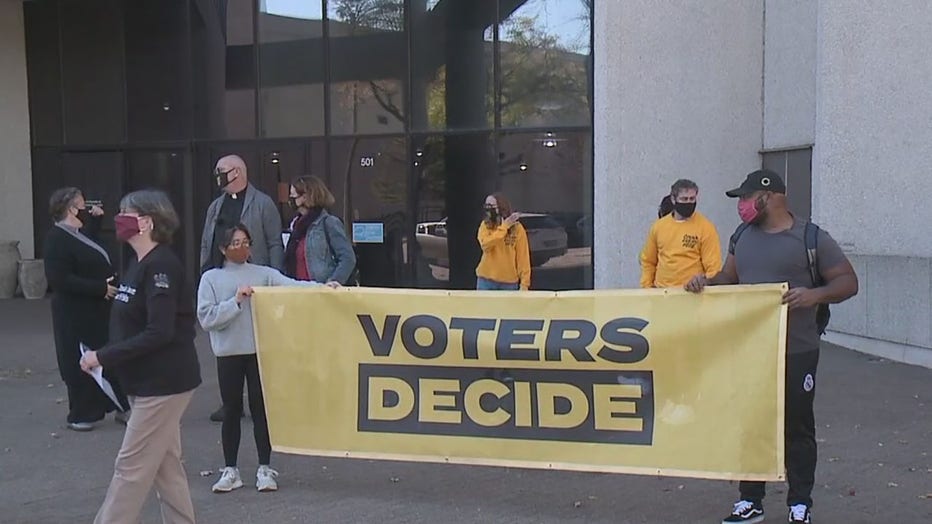 Demonstration calls for votes to be counted in Milwaukee

Republicans hope to cut Democrats' celebration short. The president's supporters are asking for a recount, calling into question how the state's absentee ballots were counted.

Early on Election Day, the Milwaukee Election Commission said, because of the huge number of absentee ballots, they did not expect results until around 4 a.m. Wednesday -- and that's when they were ready.

Democrats believe every legal vote was counted, and that the president's supporters' claims will turn out to be nothing more than an unsuccessful hail mary.

"He has stopped running against Joe Biden and is now running against democracy, and no one should be okay with that," Pam Fente, Milwaukee Area Labor Council president, said.

Republicans have also claimed that there were more ballots than registered voters.

According to the Wisconsin Elections Commission, registration numbers reported by counties can be off because of same-day voter registration -- there are never more ballots than registered voters.

The Trump Campaign on Wednesday, Nov. 4 released a statement requesting a recount in Wisconsin.