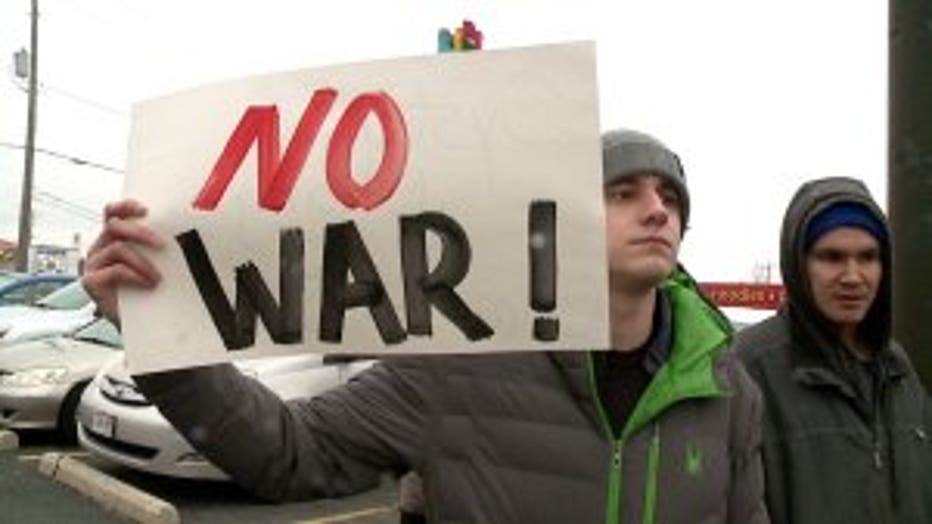 MILWAUKEE -- With fears of a war with Iran growing, dozens gathered for a "Protest for Peace" on Milwaukee's south side Saturday, Jan. 4. While their message didn't focus as much on politics, Wisconsin's U.S. senators offered opinions on how the deadly airstrike was carried out.

At 27th Street and Oklahoma Avenue in Milwaukee Saturday, there was growing fear of what might come.

"The only thing that is going to change that is action -- making it known that people don't agree with what is going on," said Kyle Fought.

President Trump warned that the U.S., too, was ready to respond if Tehran strikes back. He said Saturday that he U.S. had already “targeted 52 Iranian sites (representing the 52 American hostages taken by Iran many years ago), some at a very high level & important to Iran & the Iranian culture.” President Trump did not identify the targets but added that they would be “HIT VERY FAST AND VERY HARD.” 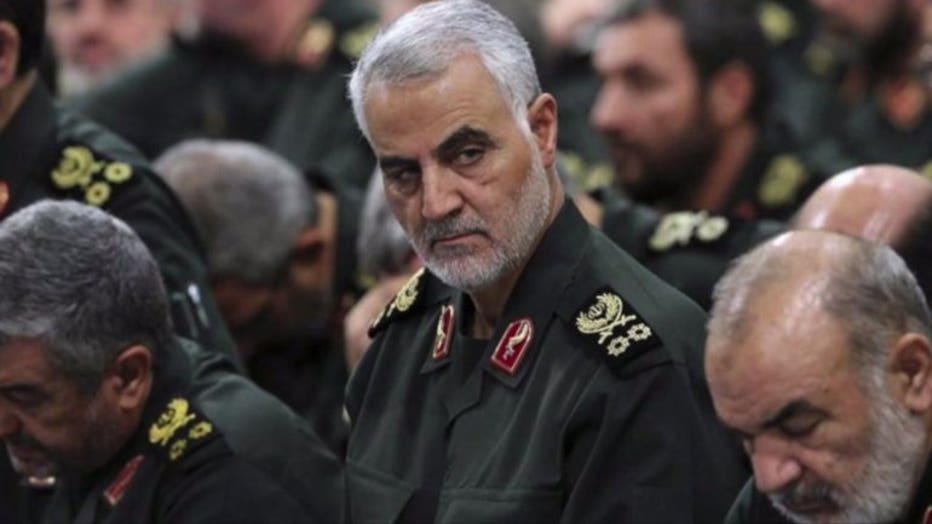 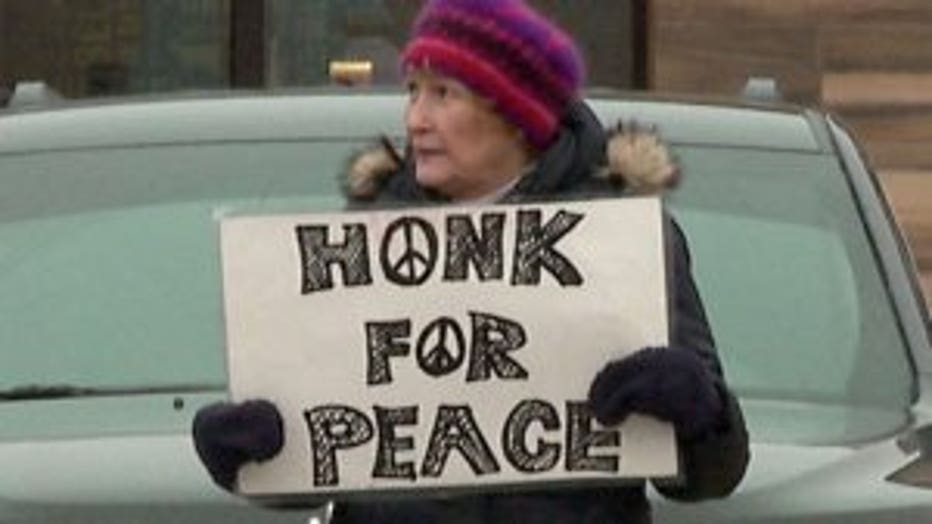 President Trump said he ordered the strike, a high-risk decision that was made without consulting Congress or U.S. allies, to prevent a conflict. U.S. officials said Soleimani was plotting a series of attacks that endangered American troops and officials, without providing evidence.

Soleimani was the architect of Iran's regional policy of mobilizing militias across Iraq, Syria and Lebanon, including in the war against the Islamic State group. He was also blamed for attacks on U.S. troops and American allies going back decades. Though it's unclear how or when Iran may respond, any retaliation was likely to come after three days of mourning declared in both Iran and Iraq. All eyes were on Iraq, where America and Iran have competed for influence since the 2003 U.S.-led invasion.

Hundreds of U.S. soldiers deployed Saturday from Fort Bragg, North Carolina, to Kuwait to serve as reinforcements in the Middle East. Protesters in Milwaukee said they just want to keep our troops safe -- and home. 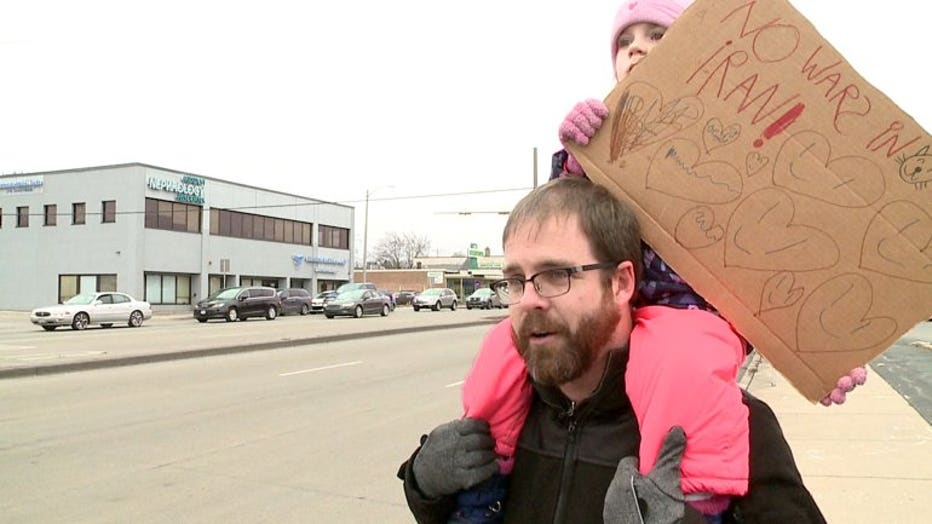 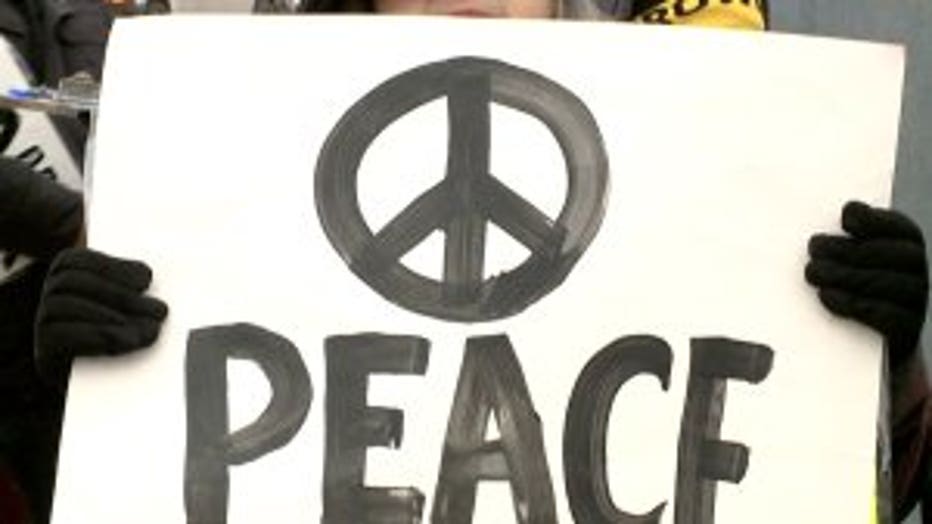 "This morning, we talked about there being families in Iran and those families look just like ours," said Ryan Clancy.

Clancy and his 5-year-old daughter, Fiona, were among the demonstrators on Milwaukee's south side. With his daughter's message of love on full display, Clancy said there was a lot weighing on his mind.

"These are the things we've been saying since 2003 in Iraq," said Clancy. "I really hope we've learned a lesson since then."

U.S. troops have been involved in conflict for 19-year-old James Homann's whole life.

"There's not a time that I can remember without a war in the Middle East," said Homann.

The Pentagon blamed Solemani for the deaths of hundreds of Americans and their allies. With few sad he was killed, how the airstrikes were conducted has divided lawmakers.

"I hope that we are not headed for war," said Clancy.

This protest was one of about 30 organized gatherings Saturday nationwide.