A curfew was issued for Kenosha on Wednesday. Still, demonstrators took to the streets.

KENOSHA, Wis. - Protests and demonstrations following the officer-involved shooting of Jacob Blake on Sunday, Aug. 23 later erupted into unrest and violence on Sunday, Monday and Tuesday nights in Kenosha.

In response to that unrest, the City of Kenosha on Wednesday, Aug. 26 issued a 7 p.m. curfew for the area east of I-94. The Kenosha County board also asked for additional law enforcement support from the Wisconsin National Guard. 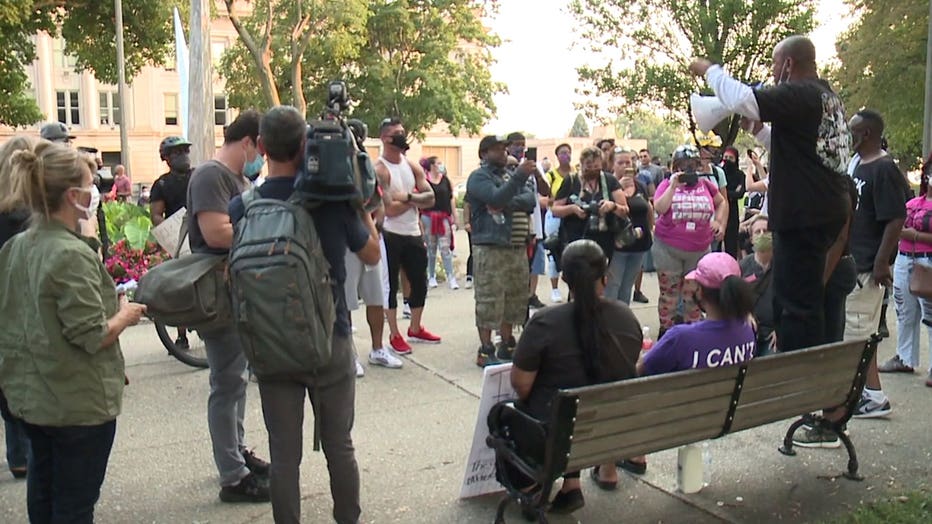 Shortly before the 7 p.m. curfew went into effect, dozens of people filled Kenosha's Civic Center Park -- the focal point of protests that have unfolded since Sunday.

The group that assembled Wednesday took stock of not just the events involving Blake on Sunday, but the fatal shooting of two protesters and injuring of a third late Tuesday night.

Protesters on Wednesday called for justice again, and also held a moment of silence for the three people shot the previous night. Then, speakers made it clear that what happened Tuesday night and the previous nights is not part of their efforts for justice -- and that those who stay out beyond curfew do not stand with them.

While Civic Center Park did clear, a group of demonstrators did march in Kenosha's streets on Wednesday night. 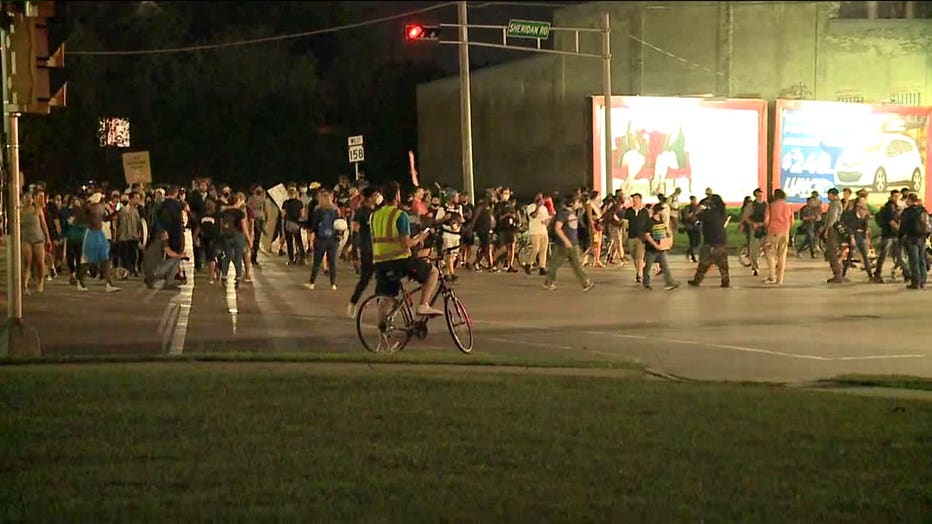 'It's hard to see:' Cleanup efforts continue as Kenosha businesses board up, spread messages

Businesses left standing in Kenosha have decided to board up, and artists have added color and messages that they want the community to see.