MADISON -- Most of the focus this year has been on the race between Donald Trump and Hillary Clinton. But candidates have fanned out across Wisconsin campaigning for the Wisconsin Assembly and Senate. 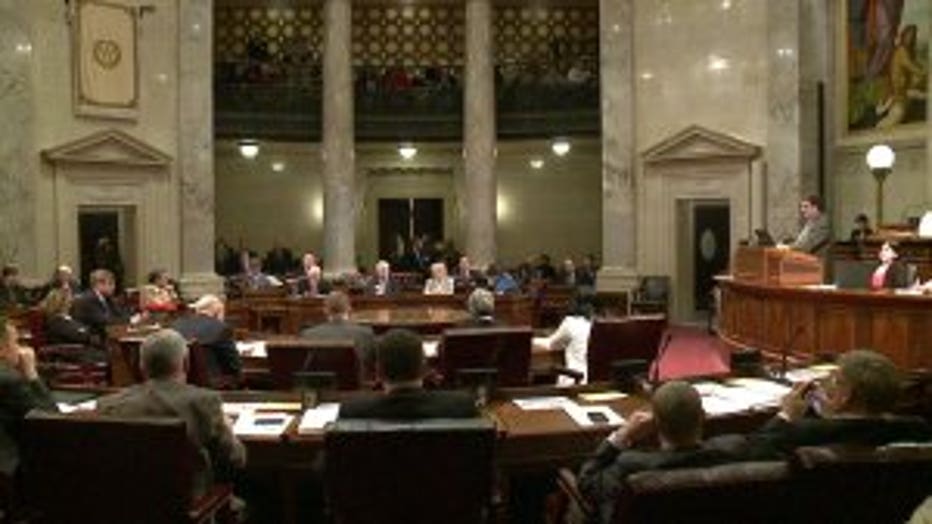 From Right to Work to Act 10, higher education cuts and tuition freezes, Republicans have had six years to make their mark on this state. Gov. Scott Walker and Republican majorities in the Assembly and Senate have, with some expectations, worked in lockstep.

Right now, the GOP has 19 seats to the Democrats' 14. Democrats need to win only three seats to regain control.

But -- even in a year where Republicans fret over a lack of enthusiasm for GOP presidential nominee Donald Trump and the potential impact on their candidates down-ballot -- Senate Democratic Leader Jennifer Shilling said she hopes to pick up "one to two" seats. 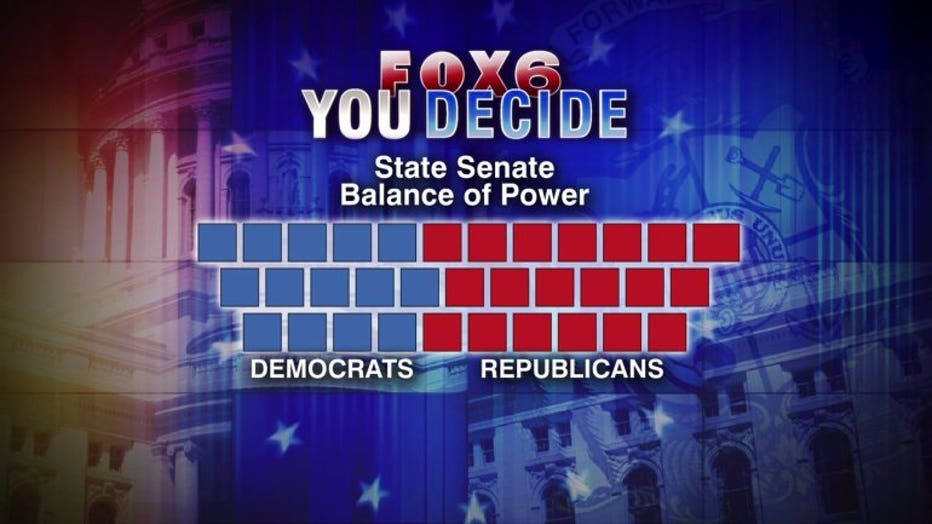 "We were looking at the election in 2016, 2018, and then in 2020. It's about redistricting. And the lens that I look through is making sure we have one of the houses in Democratic control -- so we seat at the table for redistricting in 2020," said Shilling, D-La Crosse.

Shilling and Fitzgerald agree that the race for an open seat in the 18th District is competitive. The Republican who held the seat passed away Wednesday, although he had already decided to retire at year's end.

Fitzgerald said he is not worried about the other three districts that Democrats are trying to flip -- GOP-held seats in the 10th, 12th and 14 Senate districts. 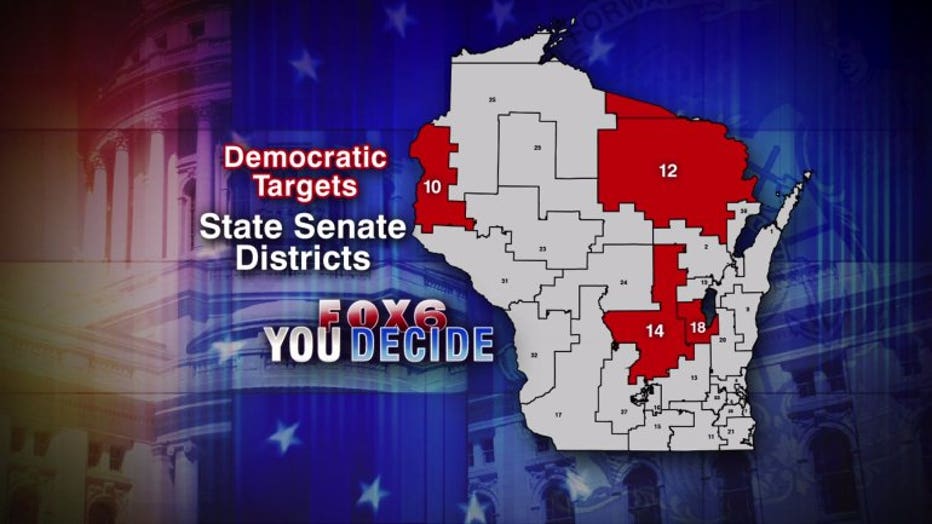 "It's the unions poking around, trying to find another seat to play in. But they're not going to have success," Fitzgerald said.

Republicans are targeting three seats of their own -- in the 24th, 30th and 32nd Districts. Fitzgerald expects to at least maintain his majority.

"I think, on our worst night, we end up at 19 (Republicans in the Senate)," Fitzgerald said.

Republicans are targeting Shilling in her district, the 32nd. It's a rematch from a 2011 recall race when Shilling beat then-state Sen. Dan Kapanke. 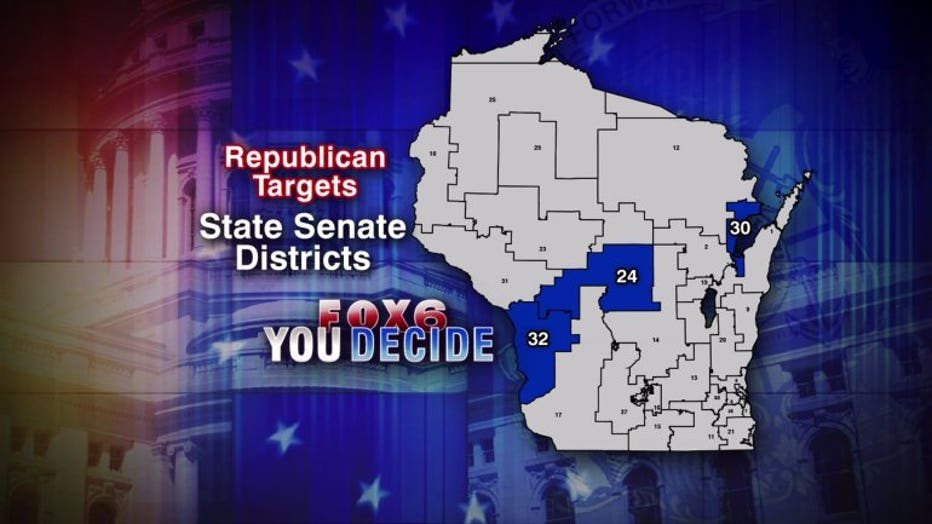 That played out in the wake of Act 10, the law that ended many collective bargaining rights for most public sector workers. Shilling says voters will have a "long memory" of Kapanke

"I think it's more of a redemption run for my opponent having been defeated in 2010 for Congress and 2011 in the recalls," she said.

Some expect the presidential contest to impact down-ballot races. Shilling says a lack of enthusiasm for Donald Trump will dampen Republican turnout.

"I think Republicans have a real problem on their hands. And it's really a problem of their making over the last several months," Shilling said.

But Fitzgerald points to poll numbers that show Trump performs best in northern and western Wisconsin, where this year's competitive Senate districts are.

Fitzgerald endorsed Trump early and still supports him despite Trump being caught on tape in 2005 bragging about groping a woman. Fitzgerald said the comments were "ridiculous and embarrassing." 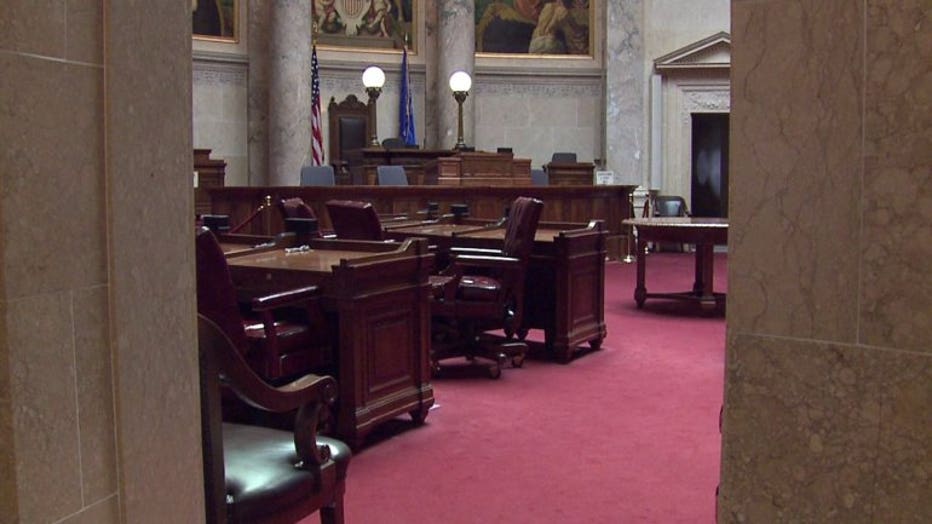 "We find ourselves in a position of being forced, kind of, to support Trump," he said. "I just can't bring myself to support Hillary Clinton."

Fitzgerald predicted that Democrats would also have a turnout problem because Clinton isn't as popular in Wisconsin as Bernie Sanders, especially among college-age voters.

At the capitol, Gov. Scott Walker has already floated a series of priorities for next year. Among them: delaying major road projects to deal with a shortfall in the transportation fund, proposing a state sales tax holiday for back-to-school shopping, and extending the University of Wisconsin System tuition freeze for in-state students.

Walker's proposal to delay major road projects drew pushback from top Assembly Republicans, who call the plan not smart because it will lead to higher costs in the future.

Fitzgerald says Senate Republicans may push for a tax cut elsewhere in the budget, which is the only way Walker has said he would support a tax or fee increase for the roads.

"It`s kind of an obvious option for us on the table, but it's probably the one that makes the most sense because the governor's not going to sign a tax increase," Fitzgerald said.

Shilling says her Republican counterparts have not gotten serious about a long-term solution.

Fitzgerald says Senate Republicans will consider extending the UW tuition freeze. He said he doesn't have the votes to pass the governor's tax holiday for back-to-school shopping, but he isn't declaring it dead.

Shilling called the tuition freeze a bumper sticker idea -- and the sales tax holiday a gimmick.