MILWAUKEE - The Deer District has become the place for big wins and celebrations, and many will head there for this weekend's NCAA Tournament action – including Friday's Wisconsin Badgers game at Fiserv Forum.

"Deer District, Bucks – just go together," fan Haley Catterson said. "It needs to be the Deer District. It just goes together."

There's a lot to be said about a name. Companies spend millions of dollars to have theirs plastered on the sides of arenas. And a place that has become the meeting point of Milwaukee could soon be called something different.

The Bucks are looking for a buyer. For $3-4 million, the naming rights to the Deer District could change. 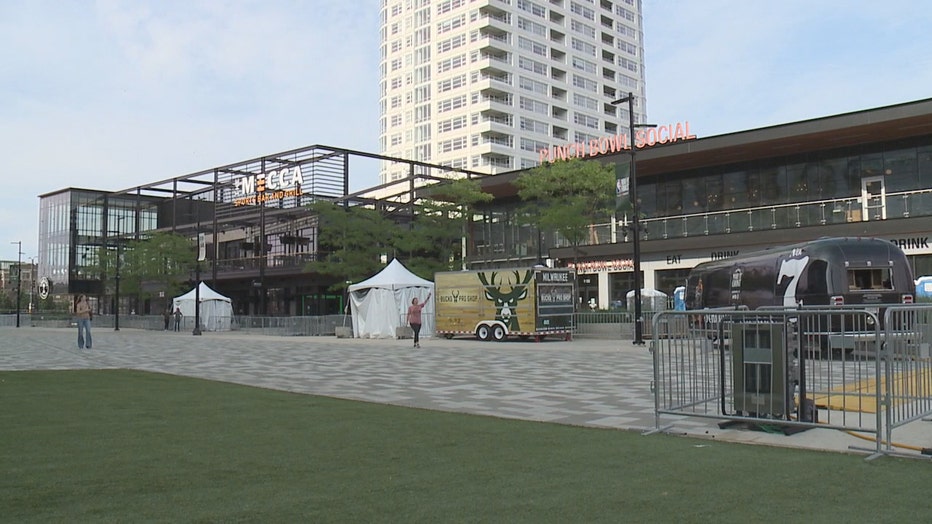 A busy Thursday night downtown drew fans from all over with their own opinions about the potential change.

"The idea of them calling this something else, is a travesty," fan Yossi Appel said. "Deer District will forever live in our hearts."

Fans struggle with the idea of a new name, agreeing that to call the Deer District anything else will not take away it's magic. 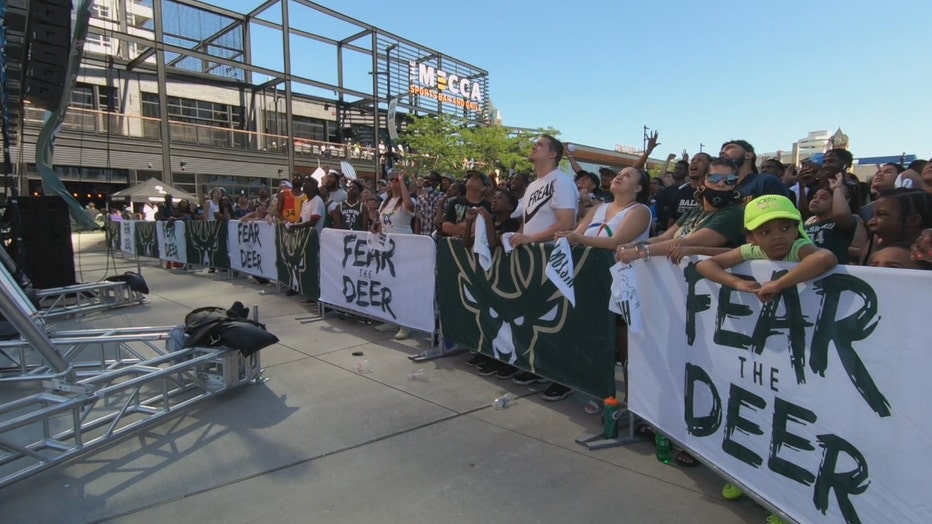 Milwaukee Bucks fans in the Deer District outside Fiserv Forum during the 2021 NBA playoffs.

Other sports teams have done things similarly already. In St. Louis, the expansion of the Cardinals' Ballpark Village now was the name of a credit union.

The Las Vegas Raiders have made a blockbuster move to keep up in the AFC West, acquiring All-Pro receiver Davante Adams from the Green Bay Packers.

Wisconsin Badgers fans got a close-up look at the team before the their NCAA Tournament game Friday at Fiserv Forum.