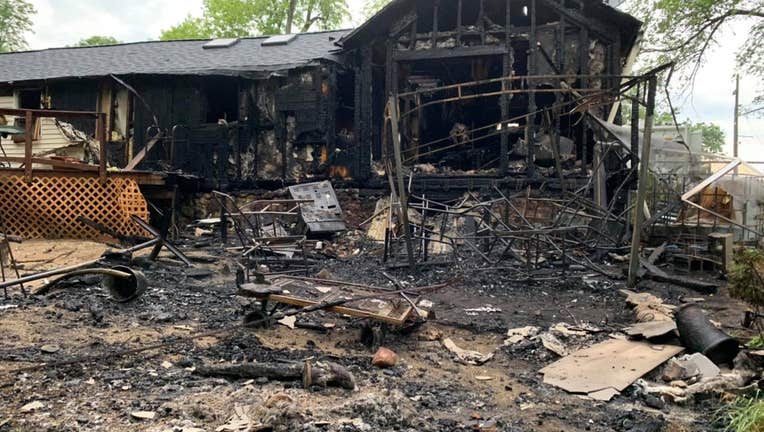 PALMYRA, Wis. - The deck of a house caught on fire and destroyed a home in Palmyra early Friday, June 18.

Palmyra Public Safety was dispatched by Jefferson County Sheriff's Office to put out a fire on West Street around 2:30 a.m. When they arrived on the scene, officials said the deck of the home was heavily involved in flames.

Everyone was evacuated from the house prior to Palmyra Public Safety arriving – and no injuries were reported.

While at the scene, Palmyra Public Safety enlisted the help of Rome, Sullivan, Western Lakes, Eagle, La Grange, Whitewater, Lake County, Watertown and City of Waukesha Fire Departments as well as Ryan Brothers Ambulance and We Energies. Crews were said to have worked in heavy storm conditions throughout the night.

Big Boy comes back to Wisconsin

It's been decades since Big Boy was in Wisconsin -- but it's back!