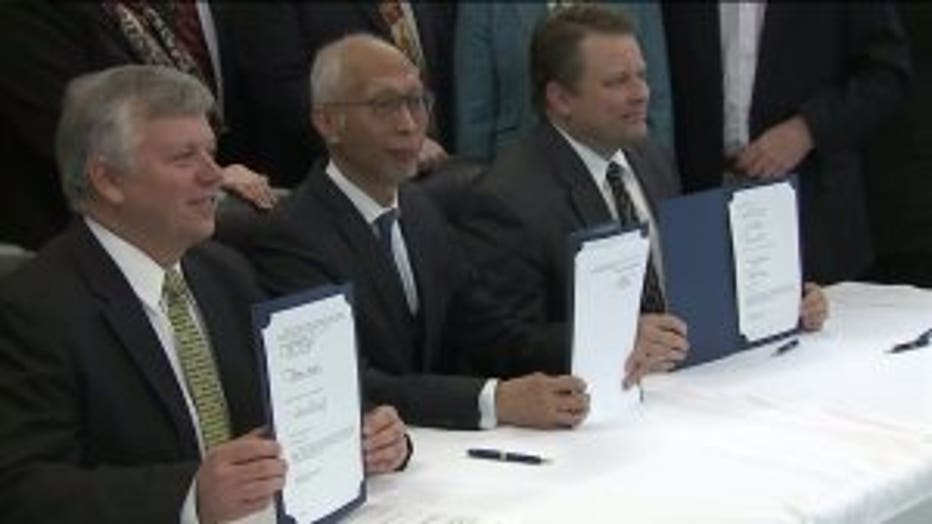 The deal is in addition to the up to $3 billion package approved by the state. 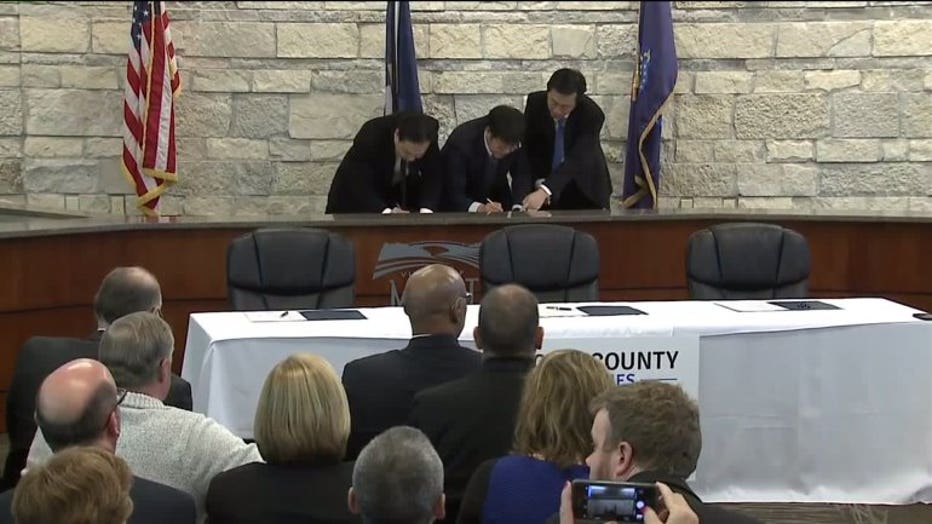 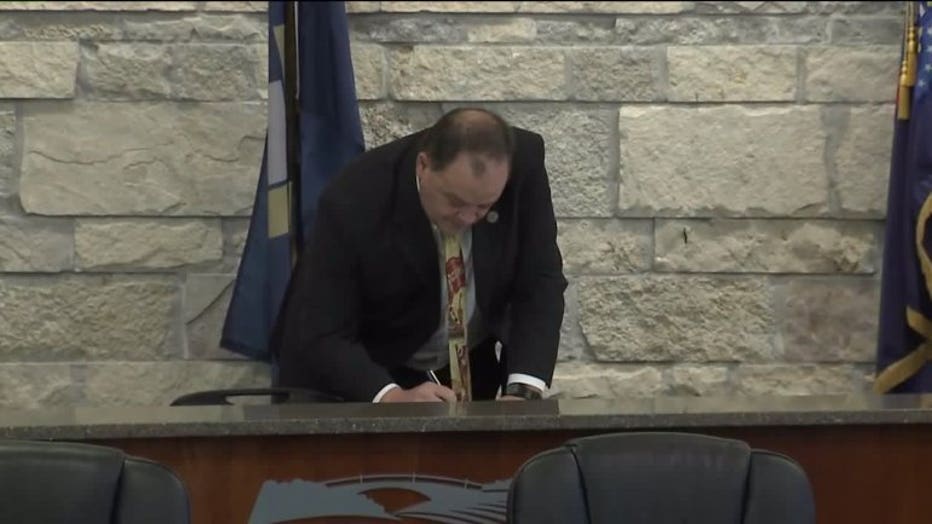 "One of the world's greatest innovators makes official that they've chosen to invest in Racine County and to call it home," said Racine County Executive Jonathan Delagrave.

The local deal covers new water and sewer lines, increased public safety costs, and money to buy land. The plan is for Foxconn to pay back the local incentive money over time through property taxes. The company is also to give the village $60 million for land acquisition. Village officials said they're expecting to have that money in two weeks.

"They're coming into this with $60 million so this is not a no-money-down situation," said Mount Pleasant Village President Dave DeGroot.

The contract also calls for Foxconn to make future payments if tax assessments down the line don't match projections.

Foxconn Executive Louis Woo joked the agreement is like a marriage.

"Now this is a wedding but what I did not expect is that the prenuptial agreement takes so long," said Woo.

DeGroot said 90% of the land in "area 1" - the site of the plant itself - has been acquired. He added he's hopeful negotiations will resume with the remaining land owners after the new year with construction on the plan beginning in April.

"I know he's not going to be able to survive the winter," Shaver said.

Shaver said her quest to catch the bright yellow bird was a welcome distraction from the stress that has come with the knowledge her home is on the proposed site of the Foxconn plant.

"It's becoming a reality. Every day, I look out my window and think 'oh my land here is gonna become a roadway,' it's really hitting me," said Shaver.

Shaver said she has yet to hear from anyone with the village regarding an offer; the only correspondence she said has been invitations to public meetings. Shaver said she's hopeful the eventual offer will be for at least twice the assessed value of the land.

So far, village officials have confirmed they offered $50,000 per acre for land owners with significant plots. DeGroot said legal reasons have kept the village from entering talks with landowners such as Shaver, whose land is on what will eventually be an expanded Braun Road.

"The $50,000/acre (offers) were for large land swaths and that’s a number we had to get to in order to get people to start saying yes," DeGroot said. "Every home owner, whether they have an acre or whether they have many acres, are going to be dealt with in a very fair fashion."

Despite her concerns, Shaver too had reason to smile on Friday but for a different reason -- her parakeet returned. She didn't catch it this time but remains hopeful.

"I'm appreciating everything I've had, you know," she said, "Thanksgiving is my last Thanksgiving here. Christmas will be my last Christmas here."