MINNEAPOLIS -- Among those killed as protests over the death of George Floyd have roiled American cities in the past week are a retired police captain, a beloved owner of a barbecue restaurant, and a former star football player known as “Mr. Indianapolis."

As of Monday, June 8, an informal tally shows 17 people have died in incidents stemming from the unrest following Floyd’s May 25 death — though details in some of the cases remain murky.

Floyd died after a Minneapolis officer knelt on his neck for more than eight minutes, ignoring his pleas that he couldn’t breathe.

Many of the people killed were black, compounding the tragedy for black communities.

Here’s a snapshot of those who have died: 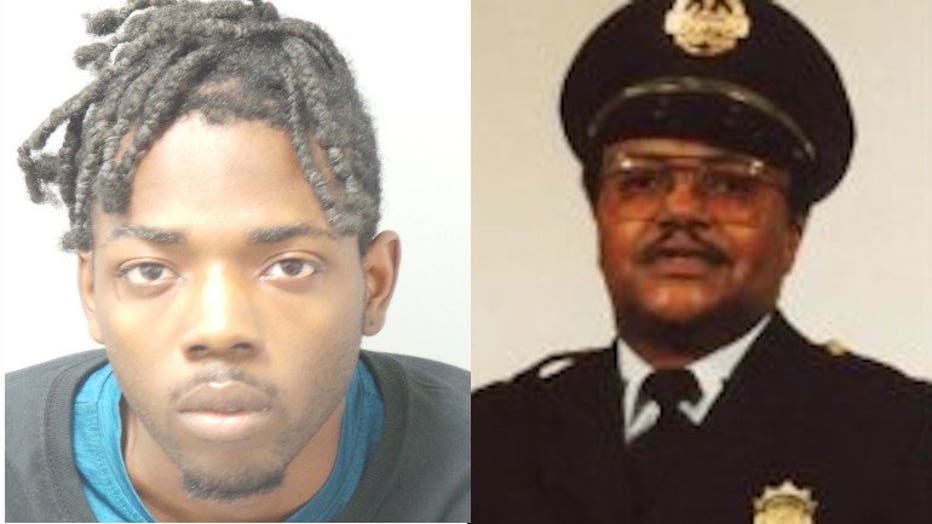 David Dorn, a 77-year-old retired St. Louis police captain was shot and killed on June 2 by looters who broke into a pawn shop. Dorn went to the pawn shop to check on a burglar alarm.

The shooting apparently was streamed on Facebook Live but has been taken down. It came on a violent night in St. Louis, which saw four officers shot, businesses burned and ransacked, and people pelting officers with rocks hours following a peaceful protest.

David McAtee, the 53-year-old owner of a barbecue restaurant was shot and killed on June 1 in Louisville. Police and the National Guard troops were trying to clear a crowd when they heard gunshots and returned fire.

The mayor fired the police chief after finding out officers did not turn on their body-worn cameras. State police and the U.S. attorney also are investigating.

“This video does not provide all the answers. But we are releasing it to provide transparency. It does not answer every question, including why did he fire and where were police at the time he fired,” acting Police Chief Robert Schroeder said.

Chris Beaty, 38, who played football for Indiana University and was known as “Mr. Indianapolis,” was shot and killed on the street in downtown Indianapolis on May 30 during a protest.

Jared Thomas, Beaty's nephew, says the family has been told Beaty was helping two women who were being mugged when he was shot, the Indianapolis Star reported.

Dorian Murrell, 18, was fatally shot in Indianapolis the same night as Beaty.

Cops say the man who shot him, Tyler Newby, 29, told police the shooting happened after he and friend found a gas canister on the ground as they were walking around downtown after the protests.

They said after picking it up they were approached by a group of about 10 males who asked them what they found.

According to the court documents, Newby claimed he was pushed to the ground and saw Murrell standing over him, so he shot Murrell one time, Fox 59 Indianapolis reported. Newby has been charged with murder.

Italia Kelly, 22, was shot and killed June 1 in Davenport, Iowa, as she was leaving a protest outside a Walmart.

Kelly and a friend were getting in a vehicle to leave because a protest had turned unruly when she was struck in the back by a bullet, said her aunt, Amy Hale of Atchison, Kansas. No arrests have been made.

“She was always smiling, always laughing. That’s why it’s so sad that she was taken in such a violent way,” Hale said. “That is not Italia. She was the bright, bubbly big personality in the room.”

Marquis Tousant, 23, of Rock Island, Ill., was shot and killed in Davenport the same night as Kelly.

He was found dead near where police say one or more persons fired 13 shots at an unmarked police truck investigating a suspicious car in an alley around 3 a.m., the Des Moines Register reported.

An officer driving the truck was shot in the leg during the shootout, the paper reported. Another officer in the truck returned fire.

Six men fled in a car and were arrested after a high-speed chase, the paper reported. Police found numerous guns in their vehicle.

Police later found Tousant lying dead next to a vehicle at the shooting scene. Under his body investigators said they found a semi-automatic handgun, according to the paper. 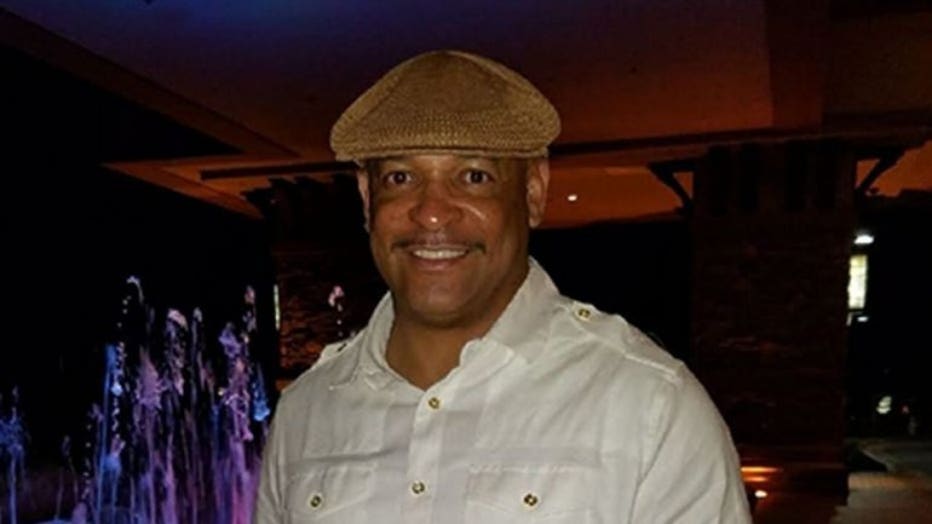 Patrick Underwood, 53, a federal officer, died as he was providing security at a U.S. courthouse in Oakland, Calif., during a protest when someone fired shots from a vehicle. Another officer was critically wounded.

It wasn’t immediately clear if the drive-by shooting was related to the protests, though the federal building’s glass doors were smashed and the front entrance was sprayed with anti-police graffiti. No one has been arrested.

Underwood, who was black, and the other officer were contracted security officers employed by the Department of Homeland Security’s Federal Protective Service. They were monitoring a nearby protest.

Calvin Horton Jr., a 43-year-old black man was fatally shot outside a Minneapolis pawn shop on May 27, two days after Floyd’s death. The 59-year-old owner was later booked into jail on suspicion of murder and then released as the investigation continues, the Minneapolis Star Tribune reported.

James Scurlock, a 22-year-old black man, was killed Saturday after authorities said he tussled with the owner of two downtown bars. Surveillance video of the strip of bars shows a group of people, including Scurlock, approach white bar owner Jake Gardner.

Two people shoved Gardner to the ground, and he fired shots in the air. Seconds later, Scurlock is seen jumping on Gardner, who then fires the gun over his shoulder, striking Scurlock.

Authorities have declined to press charges in the death, calling the shooting self-defense. But Gardner could still face misdemeanor gun charges because his concealed carry permit for the gun had expired, the police chief said.

Prosecutors also want a grand jury to review the case.

Javar Harrell, a 21-year-old man, was killed in downtown Detroit on June 5 after someone fired shots into a vehicle during a protest.

According to a police report, Harrell, of Eastpointe, Mich., was sitting in the driver’s seat of a car in a parking lot with two others when someone opened fire and then ran away.

Detroit police have released photos of Harrell’s suspected killer, a man in a surgical mask, and a dark hooded sweater.

Barry Perkins III, 29, of St. Louis, was killed May 30 after climbing between two trailers of a FedEx truck during an interstate protest near downtown St. Louis.

Local media reported that the driver had been stopped by protesters and then took off when several people began removing items from one of the trailers.

Lawyers for Perkins family said he was peacefully protesting Floyd’s death and was not looting.

“We offer our sincerest condolences to the family of the individual involved,” FedEx said in a statement. “There is no higher priority for FedEx than safety, and we are cooperating fully with the investigating authorities at this time.”

Jorge Gomez, 25, of Las Vegas, was shot fatally shot by officers breaking up a protest in downtown Las Vegas on June 1.

Police said the officers opened fire after Gomez pointed a gun at them.

Gomez had recently shared anti-Donald Trump conspiracies on his Facebook page, and hours before the protest started, he wrote, “Be ready for war. Do not cower in the face of revolution,” the Las Vegas Sun reported.

The paper reported that unlike the other protesters, Gomez was carrying several guns and wearing body armor.

Jose Gutierrez, 28, of Chicago, was fatally shot during unrest following a protest in Cicero on June 1, according to reports.

He was shot as people were breaking into businesses in the neighborhood and taking whatever they could carry, police said. They said Gutierrez was a bystander, not involved in any looting.

Zion Haygood of Chicago has been charged with first-degree murder in the shooting.

Victor Cazares Jr., 27, was fatally shot near a grocery store in Cicero the same night as Gutierrez in a separate incident. Cazares was from Cicero.

Marvin Francois, 50, was shot and killed May 31 after a protest in Kansas City, Mo., according to reports.

A suspected looter was killed Tuesday breaking into a gun shop after protests in Philadelphia, police said.

The man was shot and killed by the owner of the gun shop, Greg Isabella, who said he saw a group of looters on his surveillance video breaking a padlock on his gate with bolt cutters.

“The facts we know and the law are clear that the business owner’s use of force while inside his own property against a burglar accompanied by others who was entering with a gun in his hand was justified,” Philadelphia District Attorney Larry Krasner said. “It is fortunate for the City of Philadelphia that this large cache of guns and ammunitions were not taken and sold on the street.”

On the same night of the looting incident at Isabella’s gun shop, a 24-year-old looter was killed trying to blow up a sidewalk ATM in Philadelphia, police said.

His name has not been released.