HARTFORD (WITI) — You love your pets. You'd never knowingly give them any food that would hurt them. But what if you don't know? There are some pet owners banding together to warn others about a treat they say can be deadly. 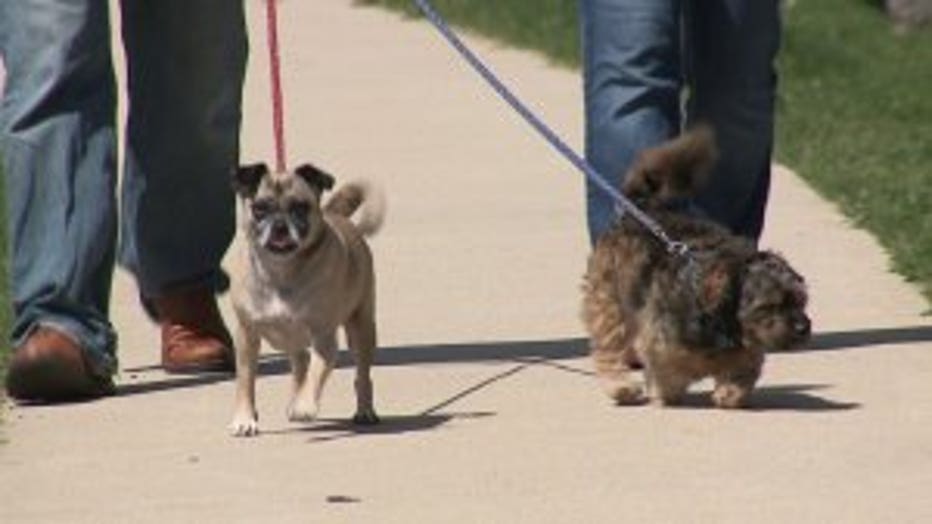 Panda (left) and Schweenie (right) enjoy a walk with their owners Ron and Gloria Witt.

Walking their dogs, Panda and Schweenie, on spring day in Hartford is a blessing for Gloria and Ron Witt. After what happened over Easter weekend, they weren't sure their family was ever going to be the same.

"I would say probably around 5:00 a.m. -- he heard it first and he said, 'was that just the sound of Panda throwing up again?'" Gloria recalled.

Panda had started throwing up before they went to bed. Schweenie wasn't feeling good either. Earlier, both dogs chewed on a Real Ham Bone made by Dynamic Pet Products. Gloria bought the bones from Walmart as a special Easter treat.

"They're real big bones. They were smoked in like, applewood. So, I thought, 'that's a perfect treat. I'm such a good mom, right?'" Gloria said.

When Panda was still sick in the morning, Gloria felt awful.

"I wrapped her up in a blanket and took her to the vet. And obviously they knew immediately that she was very, very sick," Gloria said. 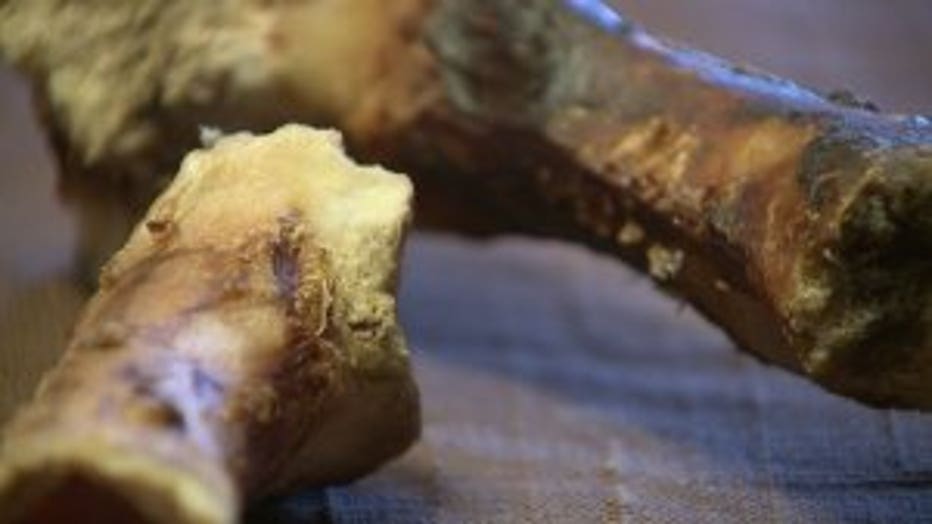 While Gloria waited at the vet, she Googled "Dynamic Pet Products - Made in the USA" and was shocked by what she found. There were pages of consumer complaints about the Missouri-based company claiming their pets got "deathly ill" or died after chewing a Real Ham Bone.

Gloria also discovered a Change.org petition pushing to get the product off the market and a Facebook group called, "Fight for Fred....ban products unsafe for dogs to consume." The petition and group were started by a family who says their dog died after eating a Real Ham Bone.

Even the Better Business Bureau in St. Louis is concerned about the bone. They issued a warning and spoke about it with FOX6's sister station, KTVI.

"The FDA says dogs shouldn't be getting bones at all," said Chris Thetford, vice president of communications at the St. Louis BBB.

The Food and Drug Administration doesn't recommend bones of any kind. When pieces break off they can get stuck anywhere and if shards get stuck in dog's throat or stomach it can be very dangerous. 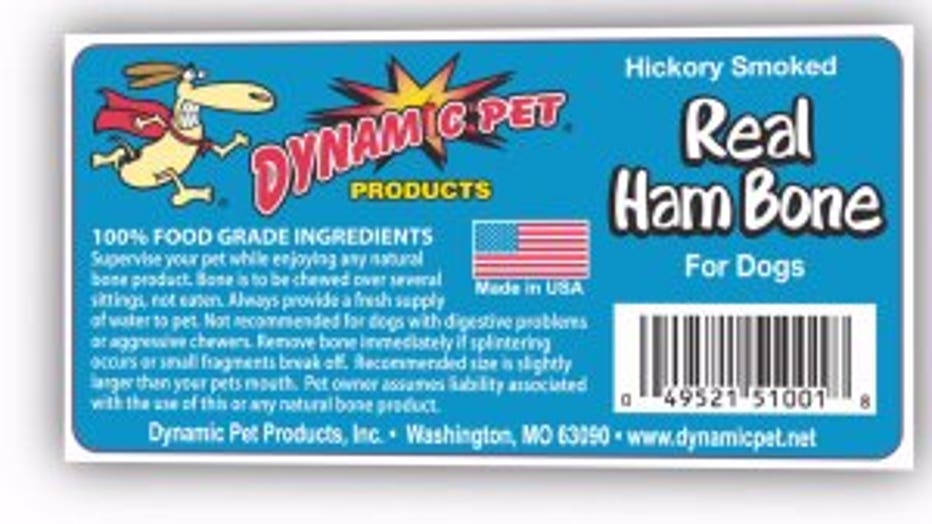 Directly on the packaging, it tells owners, "the bone is to be chewed over several sittings, not eaten…remove bone immediately if splintering occurs or small fragments break off."

But Ron says if a dog chews it — they're going to swallow it.

"Go to your favorite restaurant and only just smell your wonderful dinner — don't consume that," Ron gave as an example.

FOX6's Contact 6 reached out to Dynamic Pet Products. The company sent a statement about the Witt's complaint and the Real Ham Bone product. The statement read in part:

"At Dynamic Pet Products, we are taking seriously the concerns people have raised. We have millions of customers who want a natural bone for their pets and safely use this product with a high level of satisfaction."

At the Wisconsin Humane Society (WHS), they don't recommend bones for dogs either.

"There's really no guarantee that any treat is going to be 100% safe for your dog," said Angela Speed, vice president of communications at WHS.

Instead, WHS recommends filling a Kong toy with a dog's food and peanut butter as a treat. If you're worried about your dogs health and safety, stick with foods and treats they're used to.

"Any treat, especially a new treat, can be hazardous to a dog," Speed said.

The BBB in St. Louis takes its warning further. They've reached out to retailers that sell Dynamic Pet Products like Jewel Osco and Walmart. The BBB says Jewel Osco has removed the products from their shelves.

Contact 6 reached out to Walmart. The company sent this statement about concerns over the Real Ham Bone treat:

"At Walmart, we are committed to providing our customers and their pets with safe, quality pet treats. We are saddened to learn of this report of illness alleged to be associated with this product and we are working with the supplier to promptly investigate it. If you have additional questions, we recommend you contact the supplier directly at 636-266-9814."

Gloria and Ron don't plan on wrestling with the decision on whether or not to give their dogs a Real Ham Bone again.

"You buy a dog treat and you feel like you're doing something nice and it's a time bomb."

"You buy a dog treat and you feel like you're doing something nice and it's a time bomb," Gloria said.

The FDA has conducted two inspections at Dynamic Pet Products facilities. They found no violations.

The FDA encourages people who have a complaint or concern about any pet treat to submit a report to their Safety Reporting Portal.