WAUWATOSA -- An unmarked police squad was involved in a crash near Mayfair Mall during protests Tuesday, July 7.

A FOX6 News crew covering the protests witnessed the crash that involved three vehicles near North Avenue and Mayfair Road.

One appeared to be an unmarked squad. A FOX6 News crew saw protesters surround the vehicle and confront the officer inside.

FOX6's cameras covered crews cleaning up glass and debris from the roadway around 5 p.m.

We also saw someone from a citizen vehicle being taken by ambulance.

Police were rerouting traffic in the area as crews worked to clear the scene.

FOX6 News has reached out to police for more information -- including what may have led to the crash. We also heard some protesters may have been detained or arrested, and are waiting for confirmation from police. 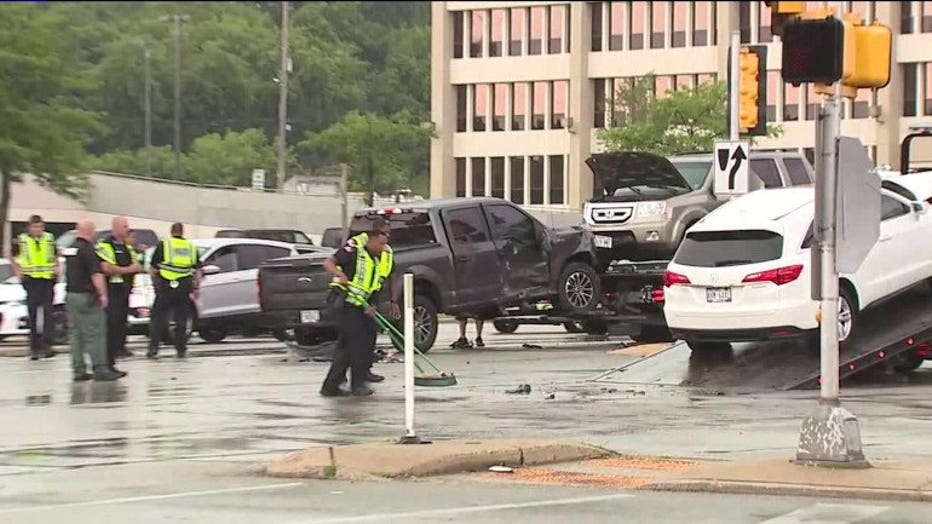