MILWAUKEE -- Some of Milwaukee's bus stations are getting a makeover! The Milwaukee County Transit System’s Bus Shelter Art Project kicked off its second season Thursday, June 13 with the installation of eight new pieces of artwork on bus shelters in Milwaukee. 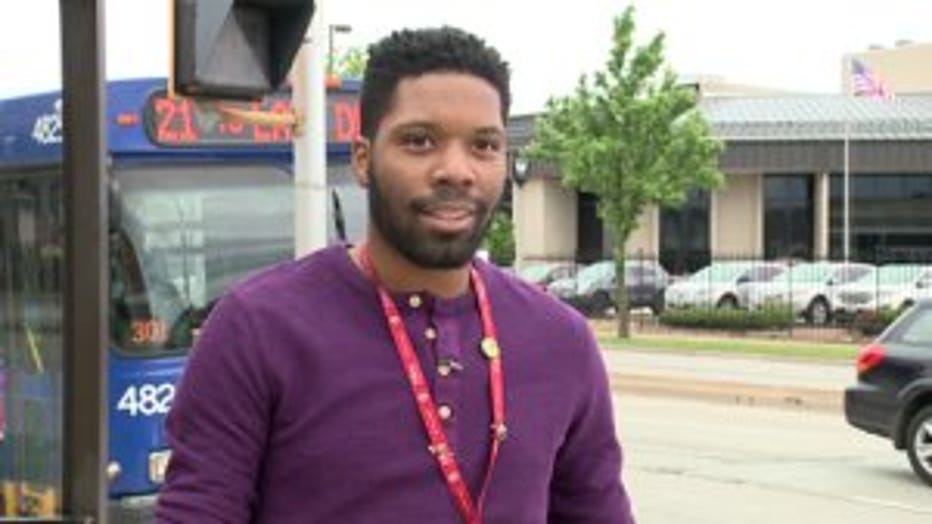 "I never imagined my art would be seen on a bus station," said Tyler Copes, artist.

The first location, at the intersection of 27th Street and North Avenue, features artwork by Tyler “Tystarr” Copes. Seasons 414 is a colorful illustration that depicts a diverse group of individuals enjoying Wisconsin’s summer, spring, fall and winter months.

He drew inspiration from how nothing seems to stop people from getting where they need to go. 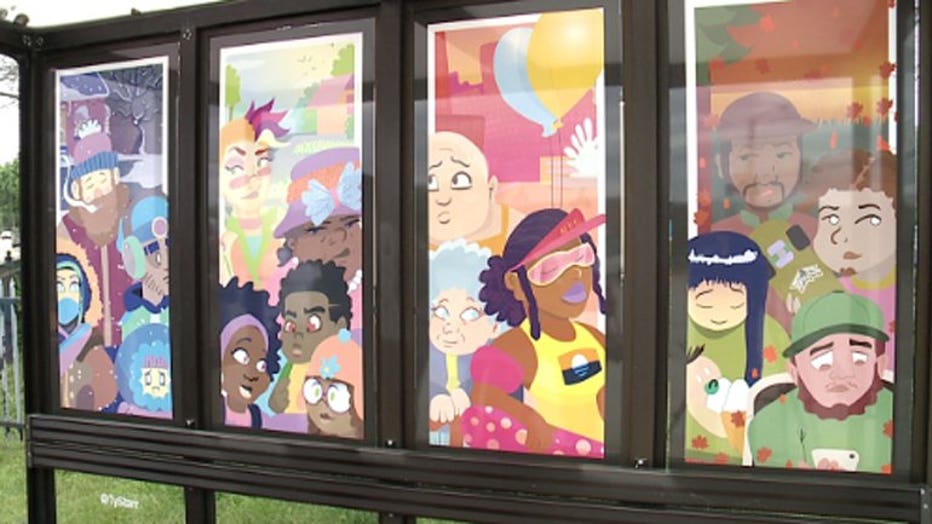 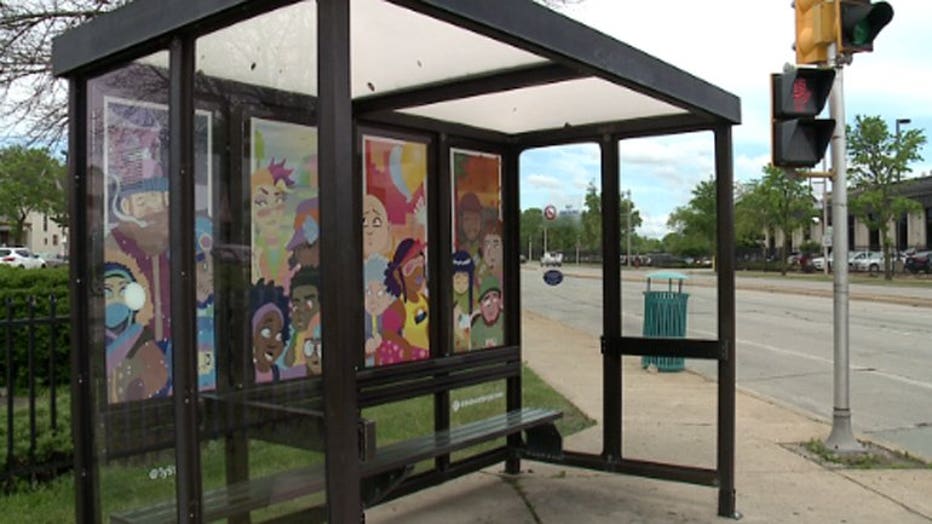 "Winters in Milwaukee are brutal, but every time I drive past people are just bundled up and ready to go to work no matter what," said Copes.

Also new to the project is a bright design at 1st Street and National Avenue in the Walker’s Point neighborhood. Big, Giant Hugs, by Matt Juzenas, features a rainbow background with large, bubbly text.

Other artists chosen for the project’s new season include: Nellie Gehrig, Dré Black, Larry Booth, Noel Clark, Dena Nord and Shawn Bhatti. Their designs will be installed in the coming weeks and months. 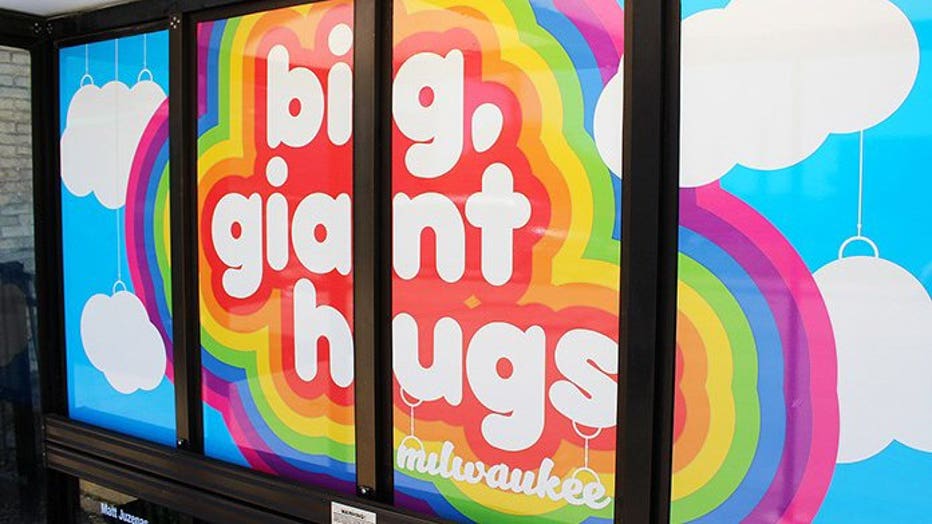 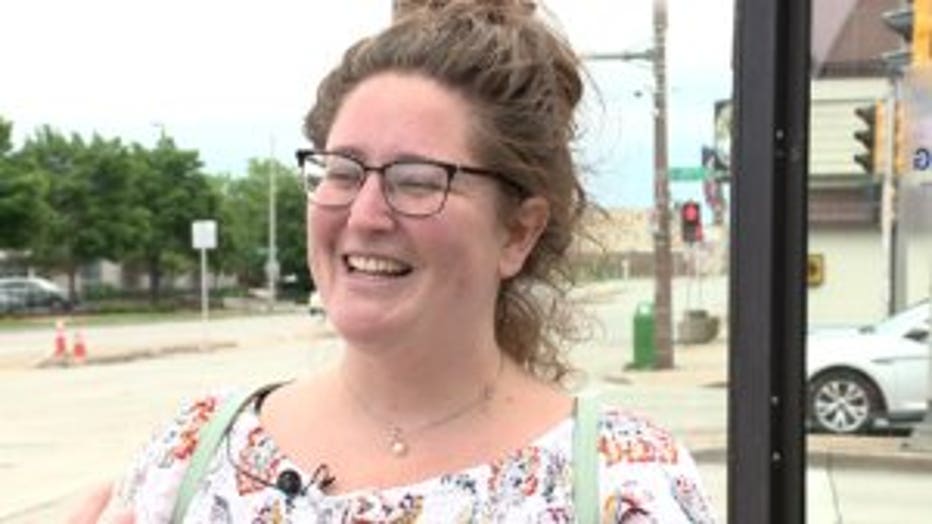 This year, the artwork is more permanent. A different finish, making it harder for someone to walk away with. Last year, a man was caught on camera getting on a bus after stealing a piece of art. 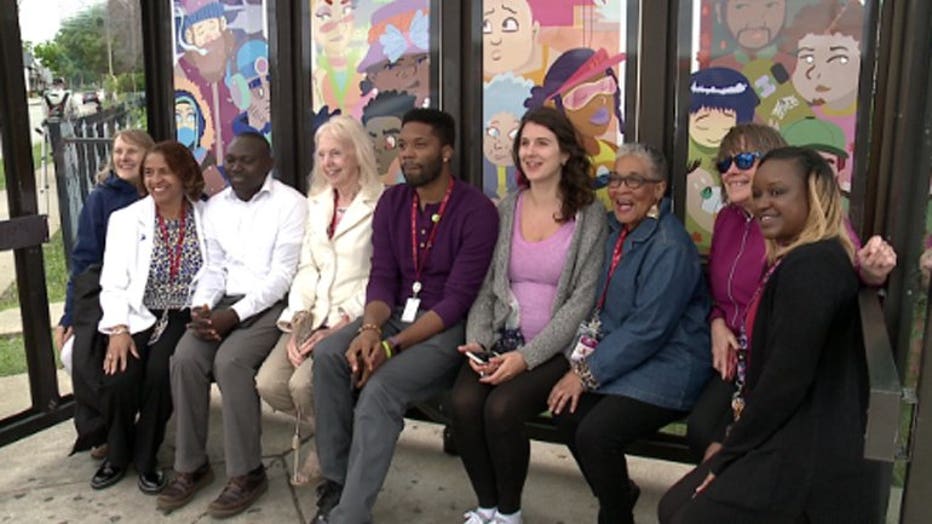 "I hope when people see my art, they know they can do it too. Everyone's an artist. Everyone can draw. Everyone has an ability inside of them to create something and make it beautiful," said Copes.

The project’s success is thanks, in part, to the support of Milwaukee County Executive Chris Abele. His personal donations have funded the printing and installation of many of the designs, including the eight being unveiled this season.

Visit RideMCTS.com/Art to see the current designs and learn how you can help support the project.