MILWAUKEE -- No one was injured in a fiery crash on northbound I-43 early Wednesday morning, July 18 -- but it shut down the freeway for nearly six hours. When first responders arrived on scene, they believed they were dealing with a highly explosive material.

Around 3 a.m., deputies responded to the crash involving a car and a truck on I-43 northbound, just south of Wisconsin Avenue. Upon arrival, both vehicles were engulfed in flames.

Officials with the Milwaukee County Sheriff's Office said the car was headed northbound through the Marquette Interchange, and the truck was traveling from the east to the north, crossing to the barreled-off construction area on I-43. The car struck the back of the truck and both were soon fully engulfed. 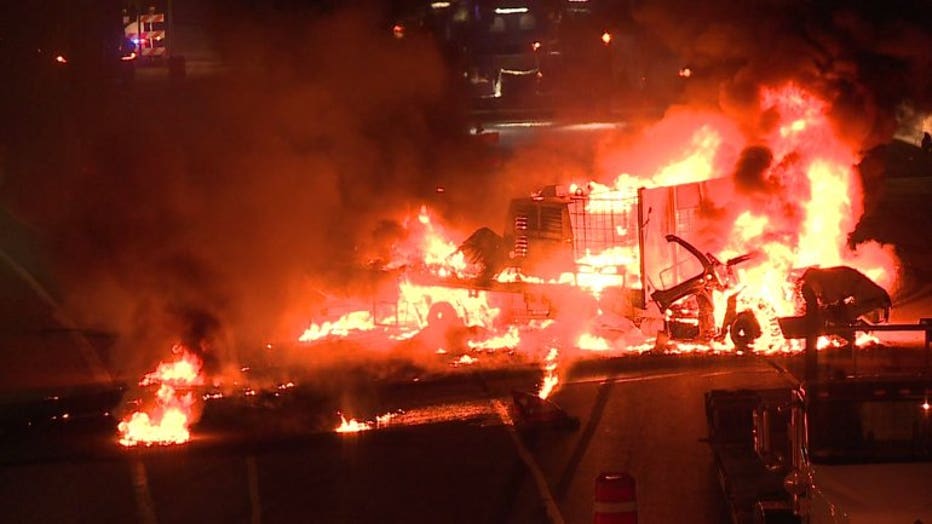 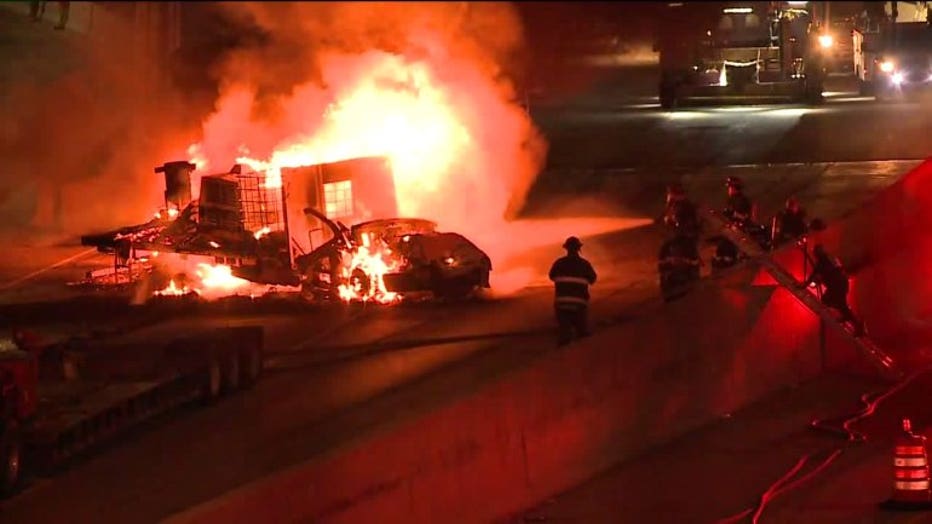 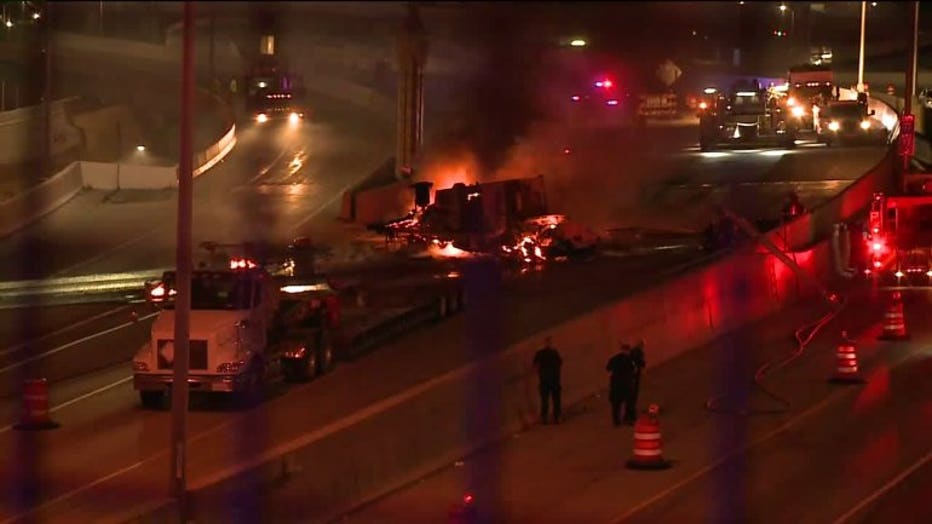 When firefighters arrived on scene, they noticed a chemical placard on the construction trailer. A construction foreman also initially told authorities he believed the trailer contained a dangerous chemical. Firefighters pulled back, letting the vehicle burn until hazmat crews arrived at the scene. 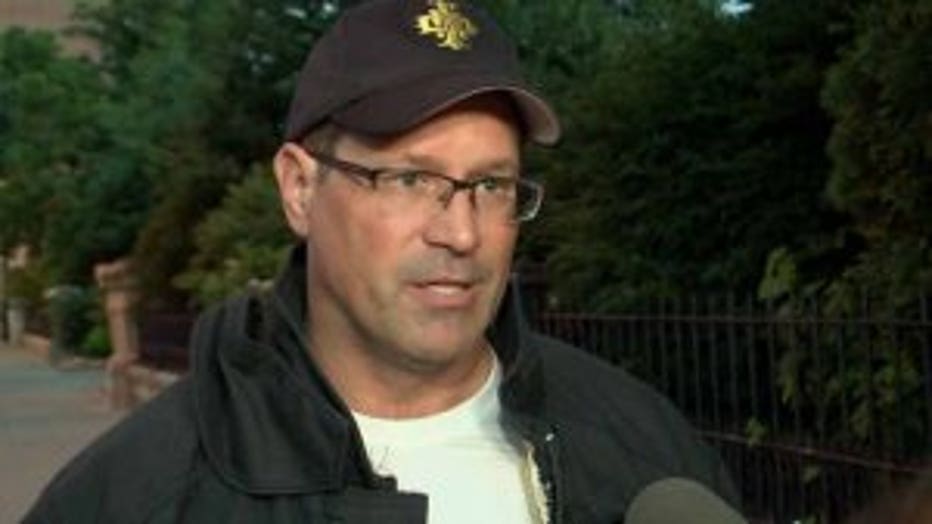 "We were all starting to circle on the map what needed to be evacuated, which is no small task around here," said Milwaukee Fire Department Deputy Chief Aaron Lipski.

Just before putting the plan in motion, the foreman arrived at the command center with good news -- the burning trailer was carrying a far less dangerous highway primer.

"They put it on the highway before they begin surfacing. It's a relatively inert product. It doesn't cause any major hazard because in normal usage, they pour it out on the ground," said Chief Lipski. 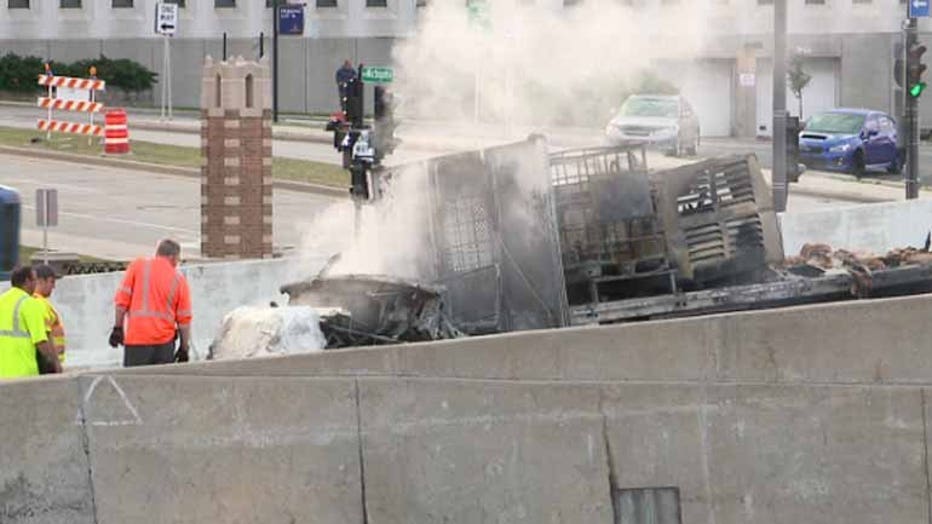 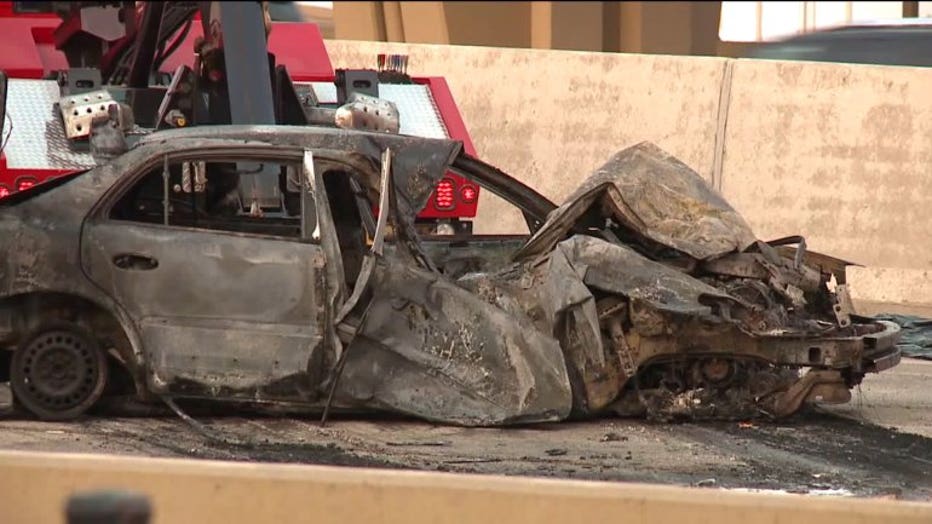 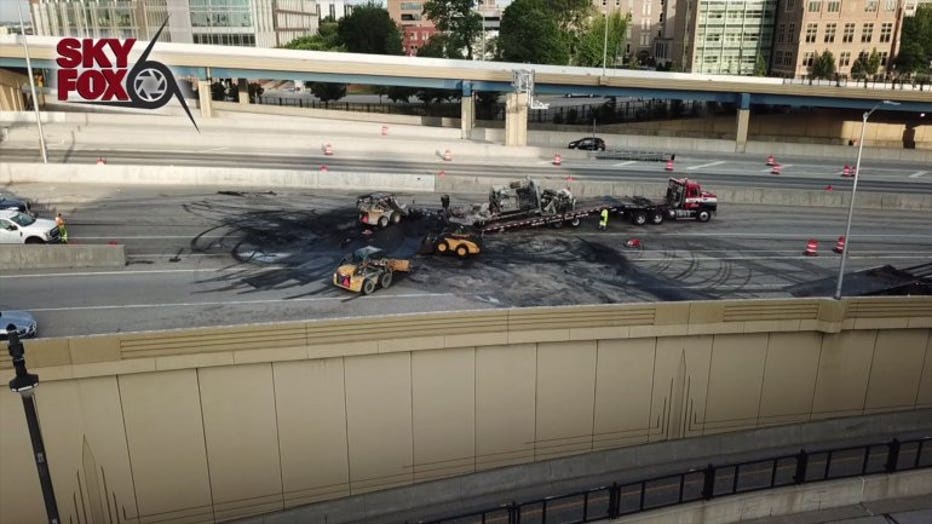 Firefighters moved in and quickly put out the flames, but it took hours to remove what was left of the two vehicles -- and clean up the oil and debris left on the road.

The driver of the car got out of the vehicle unharmed. 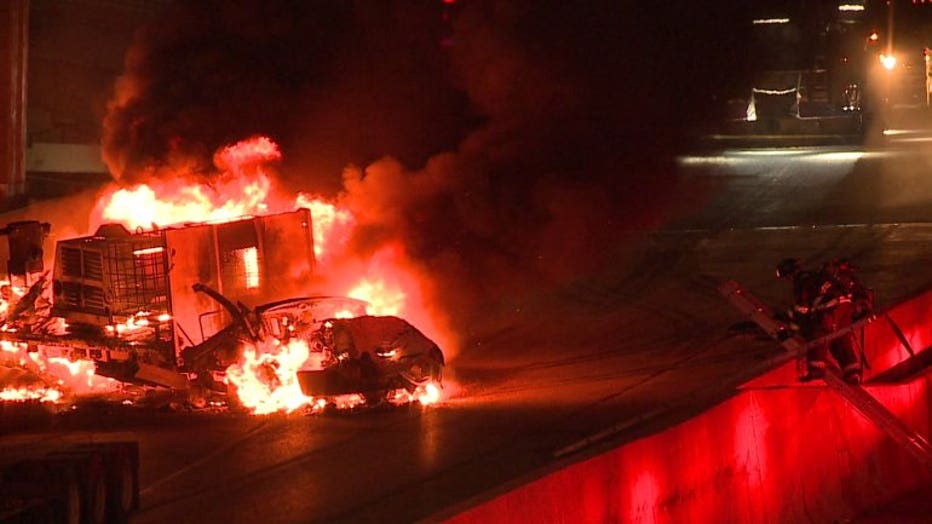