Crash on I-94 near Highway K in Racine County involved 2 SUVs, semi; 3 hurt

Crash on I-94 near Highway K in Racine County involved 2 SUVs, semi; 3 hurt

RACINE COUNTY -- A serious crash between two SUVs and semi shut down all lanes of I-41 SB/94 EB near Highway K in Mount Pleasant for hours on Tuesday, May 14. It led to big backups -- with traffic at a standstill. Adding to the frustration was construction in the area that prevented drivers from using the off-ramps to exit I-94. For some, the rules of the road were thrown out the window.

"It was something different. I've never, ever seen that," said Corey Hill.

Hill was in an airport shuttle on his way to O'Hare in Chicago.

"It was like, are we going to make our flight?" said Hill.

According to the Racine County Sheriff's Office, multiple 911 calls came in around 2:30 p.m. regarding the crash that occurred just south of 2 Mile Road in the Village of Yorkville. Officials said one of the SUVs became lodged under the semi's tanker trailer.

An initial investigation revealed a 53-year-old man driving a Chevy Tahoe struck a barrier along the median wall and then struck a Jeep Grand Cherokee occupied by a man and woman, both 76 years old. The Tahoe then struck the semi's tanker trailer.

Flight for Life was called for the occupants of both SUVs, who were taken to the hospital. The driver of the semi wasn't hurt.

The scene was cleared by about 7 p.m. 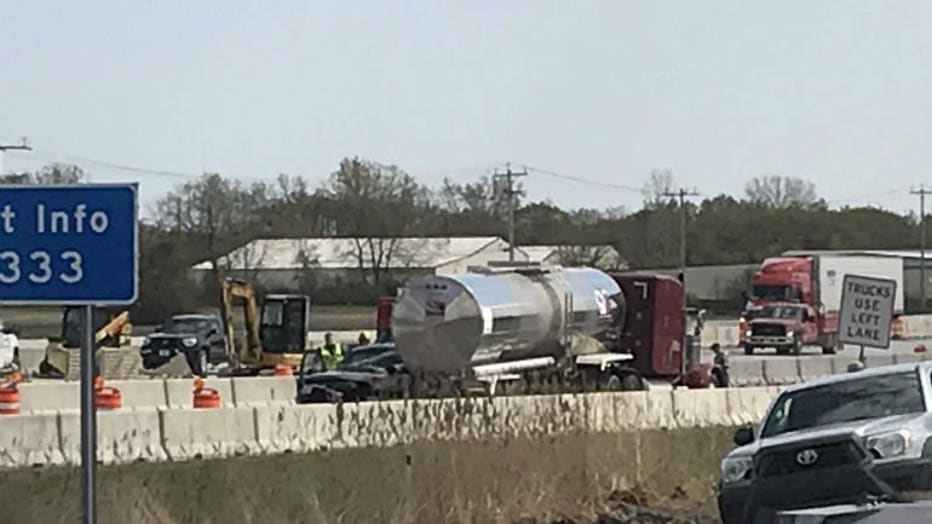 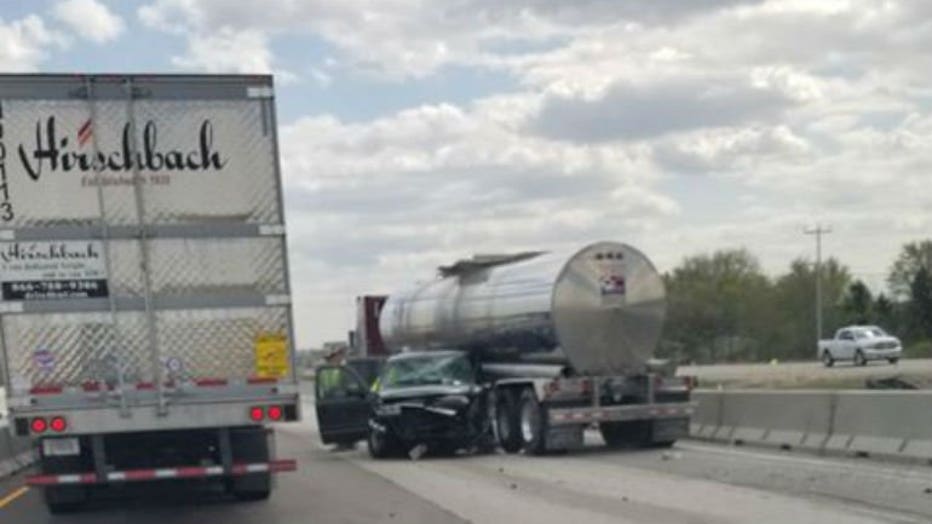 Crash on I-41/94 in Mount Pleasant credit: Lindsey Narula 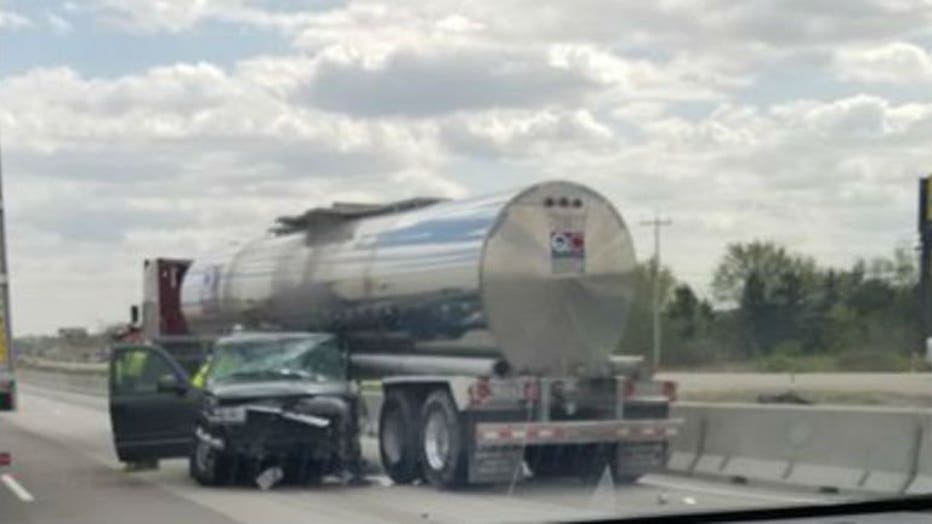 Crash on I-41/94 in Mount Pleasant credit: Lindsey Narula

During the backup, drivers were out of their vehicles walking on the interstate -- and WisDOT cameras captured at least one vehicle that traveled through the grassy median and up onto the parallel Frontage Road.

"Pretty much everything we ended up seeing was people pulling over, outside of their cars, hanging on the hoods, standing on the freeway, truck drivers out of their driver's seats. There was like, also, people turning around on the freeway, driving on the shoulder going the opposite direction," said Hill. 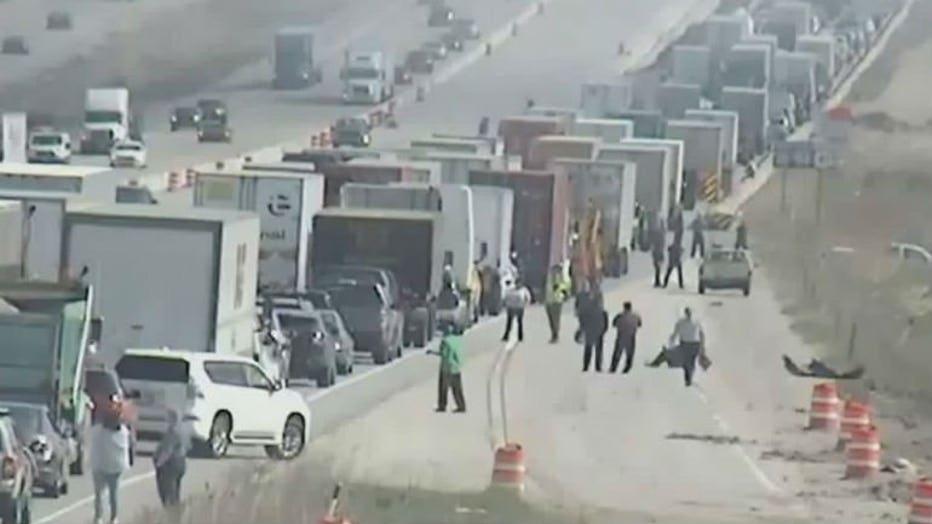 Hill said his driver knew to take an alternate route -- sparing him and his fiance Jason a nightmare of their own.

"I'm getting married this Friday in Germany. I can't miss that!" said Hill.