Two other vehicles were struck during the collision.

Five occupants of these vehicles were taken to the hospital for treatment of non life-threatening injuries -- four adults and a child.

Speed is expected to be a factor in this case.

Police say the driver of the green Malibu will be cited for their role in this crash. 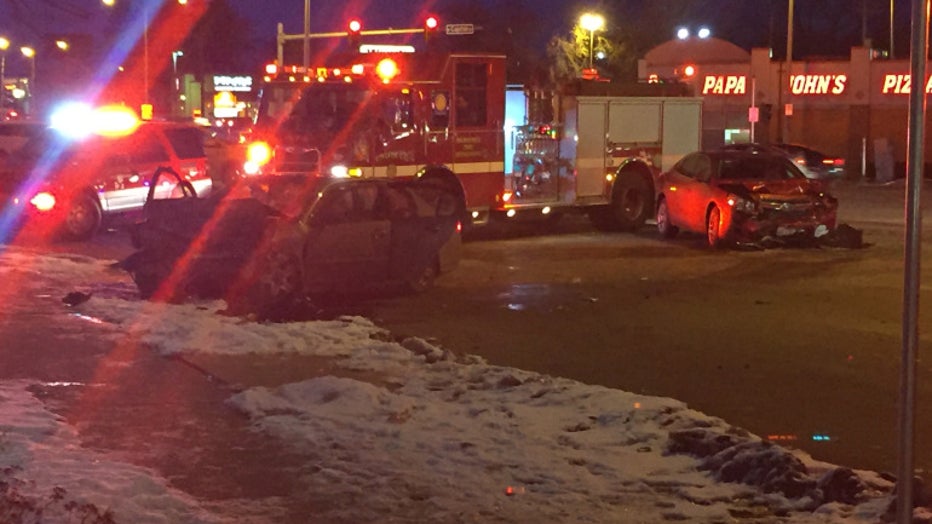 Crash at Appleton and Capitol